Some people say dogs' mouths are yucky; others assert they're cleaner than human mouths. 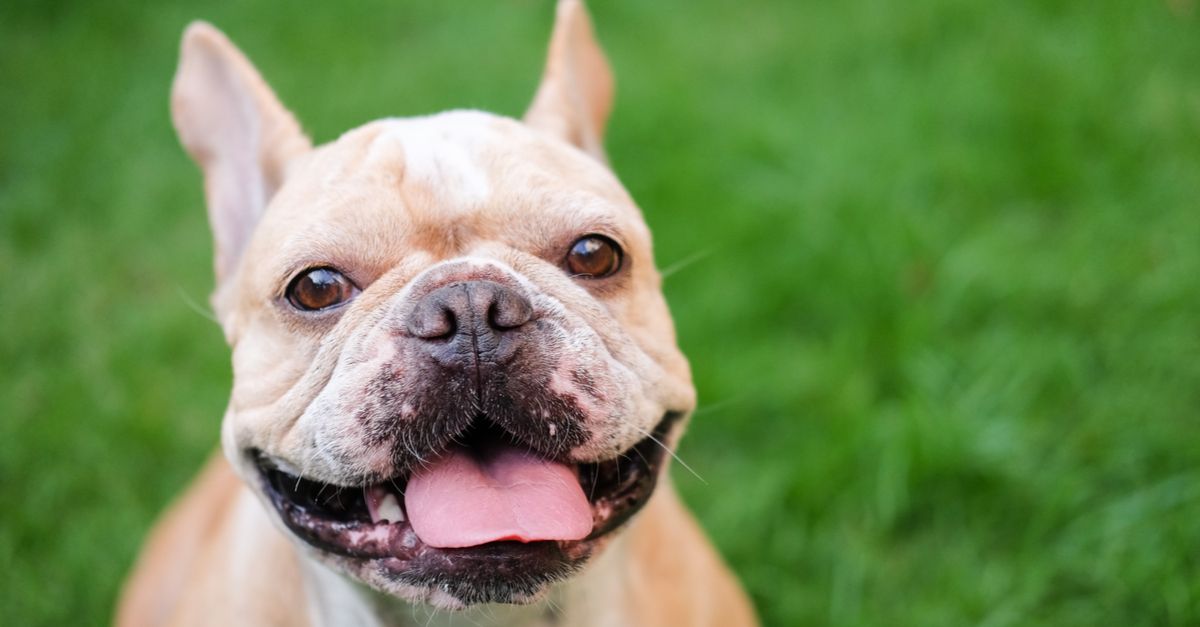 Claim:
A dog's mouth is cleaner than a human's.
Rating:

The statement that a dog's mouth is cleaner than a human's has been kicking about for, well, dog's years. It's a good-sounding factlet, working both to confirm belief that the typical human's maw is a veritable cesspool of nasty microorganisms, while that of man's best friend's is comparatively innocuous (and thus that one never need worry about a toddler who's just had his face washed by the family pooch). The claim is sometimes extended into statements that a wound licked by a dog would actually be disinfected because Rover's saliva contains special substances that ward off infection:

I've always heard that a dog's mouth is cleaner than a human's and thus sharing a food utensil is ok - but, as disgusting as it sounds, I haven't been able to either prove or disprove it.

Question for you : an old saying about a dog's mouth being "the cleanest place you can find" just came back to me while dressing a (minor, no worry) cut on my big toe.

My mom used to say that if you'd let a dog lick your wounds it would disinfect it or something to that effect.

Human saliva does contain some antibacterial compounds, so it's possible dog saliva does too. However, licking wounds (whether you're letting a human or a dog do it) isn't a good idea due to the nature of all the other stuff transmitted by saliva, which includes some rather nasty bacteria. The best way to treat a wound is to regularly flush it with sterile water, then apply a clean dressing to the area. Flushing works both to rinse nasty microorganisms from the wound site and to debride necrotic tissue (that is, remove dead cells).

Saliva (human or canine) is not antiseptic, so having a dog lick a wound in hopes of healing it more quickly is a poor idea. Folks have developed septicemia, a dangerous blood infection, from letting dogs lick open wounds.

As to the core question of whether a dog's mouth is cleaner than that of a human's, it's unanswerable for the following reasons:

To the best of our knowledge, there hasn't been a definitive study comparing how much bacteria is in a typical dog's mouth versus that resident in a human's. However, even if there had been such a study, it wouldn't settle the questions about which is "cleaner," except in a mathematical sense.

If by "cleaner" one means "less harmful," a physical count of the fauna present wouldn't yield useful results, because some sorts of relatively benign bacteria colonize rapidly and widely, while some of the truly nasty ones produce rather small colonies of growth. Judging by a raw count of the numbers would be akin to trying to determine the threat to life and limb posed by the felines in your neighborhood by counting the total number of cats, as opposed to considering whether you're living surrounded by housecats or mountain lions.

Then there's the matter of the bacteria in each type of mouth's being specific to that species, a point that further works to render the question unanswerable. A lot of what's in a dog's kisser isn't going to transfer to a human, not because Spot's maw is somehow "cleaner," but because what's there is specific to dogs. (It's for this reason you're more likely to gain an infection from a human's bite than from a bacteria that would potentially be transmitted into the bite would be common to the species of both the biter and the bitee.)

Rather than attempting to fret out an answer to which is cleaner, a better question to ponder is whether it's a good idea to be swapping spit with a dog. While most of the bacteria in a dog's mouth is of such nature that it's likely be more perilous to the pooch than to those of other species doesn't mean that all of what's in there is wholly innocuous to humans. Some hellish diseases can be passed from dogs to humans via Rover's slobber, including rabies. The Centers for Disease Control (CDC) says about dogs that: "To best protect yourself from getting sick, thoroughly wash your hands with running water and soap after contact with dogs, dog saliva, or dog feces (stool)."

As to whether to exchange kisses with Spot or to forego the procedure in favor of giving him a good petting, keep in mind that a dog's tongue is both its wash cloth and its toilet paper.