An incredible story about a doctor and a paramedic who saved each other's lives 30 years apart. 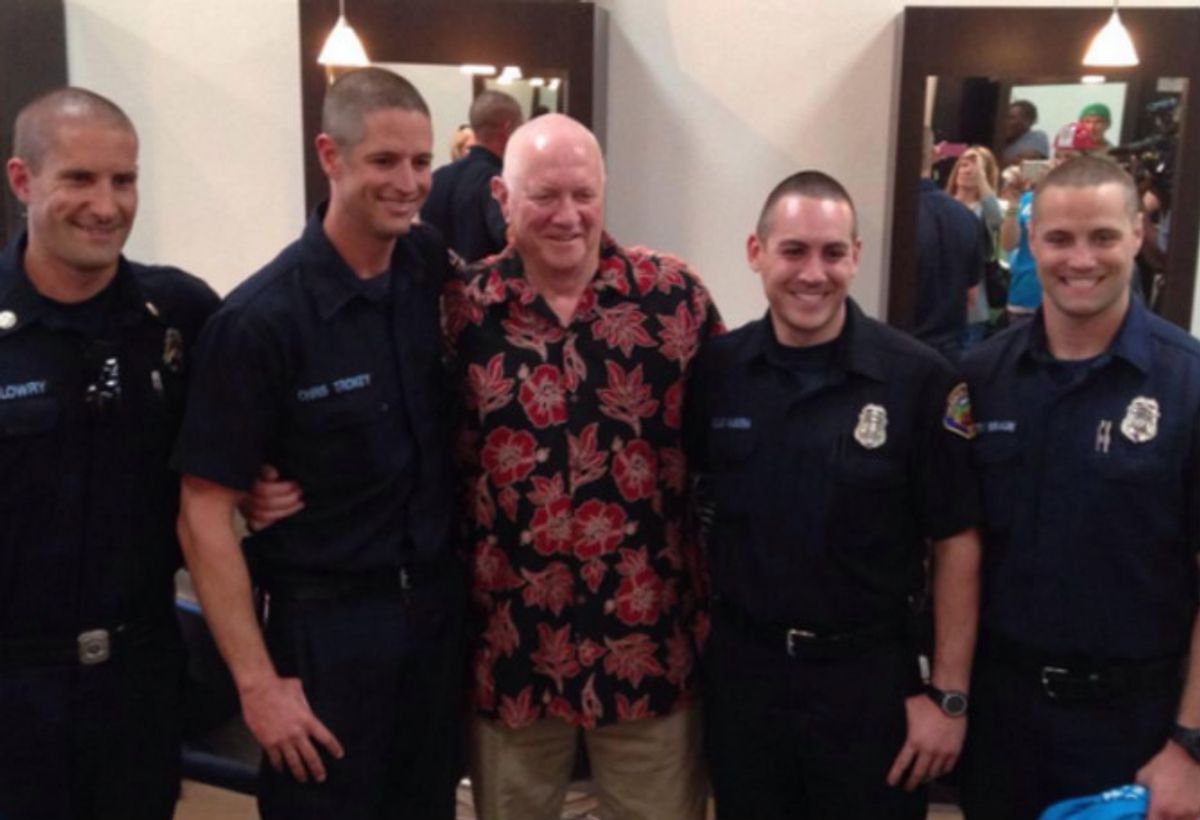 Claim:
A paramedic saved the doctor who had saved his own life as a baby.
Rating:

On 18 April 2016, the "Unbelievable Facts" Facebook page posted an image purportedly showing a paramedic and a doctor who in turn saved each other's lives: The story seemed like the most farfetched of urban legends, but it was in fact true. The photograph was taken from a news story from Los Angeles television station KTLA on 29 March 2015, and shows Dr. Michael Shannon, Chris Trokey, and three other firefighters from Orange County Fire Authority's Paramedic Engine 29.

According to KTLA, Shannon saved Trokey's life in 1981, just after he was born:

Trokey was just 3.2 pounds at birth, and doctors had initially gave him a 50/50 chance at surviving. But his pediatrician — Dr. Shannon — helped save his life, staying with the infant around the clock until his health improved and he was stable.

Trokey returned the favor in 2011, when Dr. Shannon was involved in a car accident:

Firefighters from Paramedic Engine 29 were returning from another call and responded within minutes to the fiery crash.

By the time they arrived, Shannon’s vehicle was also ablaze and the flames were burning his legs. Fire crews then worked to extinguish the flames and rescue him using the Jaws of Life.

The seriously injured Shannon was taken to Mission Hospital in Mission Viejo where he spent the next 45 days recovering from internal injuries. He also had to have two of his toes amputated.

Among those who had helped save Shannon that day was Orange County Fire Authority paramedic Chris Trokey, whose own life had been saved 30 years earlier by the pediatrician.

“I didn’t know about until I went to the hospital and started talking about it, Dr. Shannon. And I was like, ‘Oh my gosh, Dr. Shannon?'” Trokey recalled on Sunday. “That’s when I found out.”

The photograph used in the meme was taken in 2015, when the Shannon and Trokey reunited for a charity event.