Was Djokovic Mocked by Federer and Nadal?

This video of Federer and Nadal laughing is real, but they aren't talking about Djokovic. 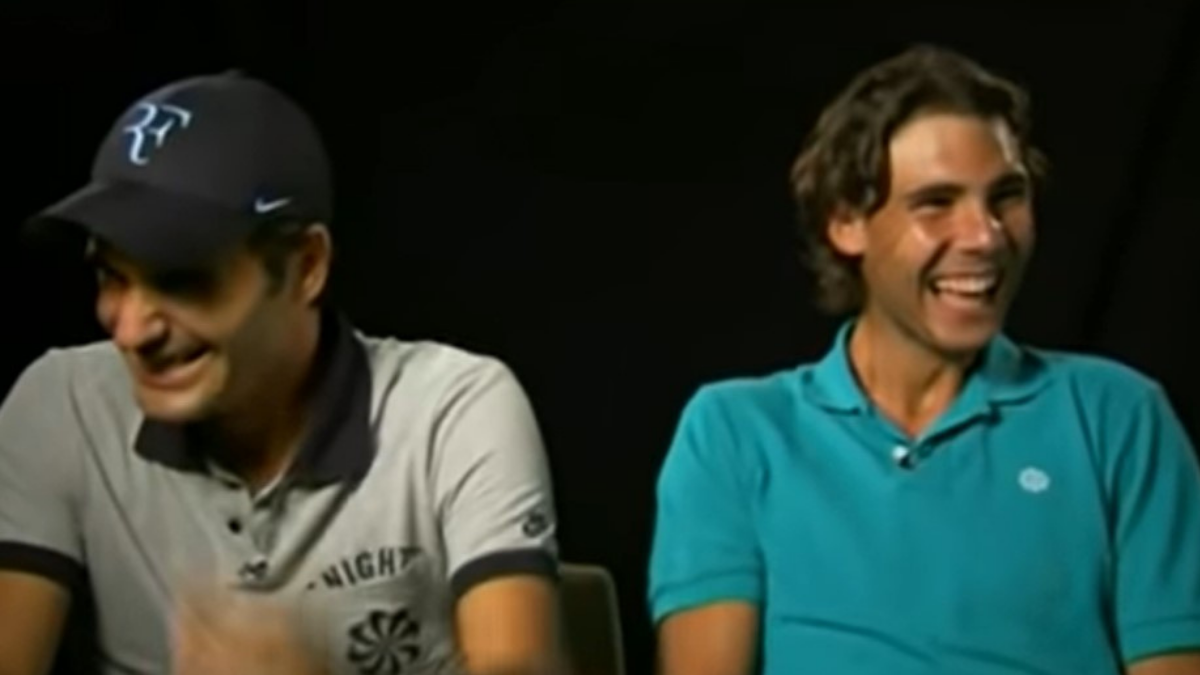 Claim:
A video shows Rafael Nadal and Roger Federer mocking Novak Djokovic for getting stuck at an airport due to his COVID-19 vaccination status.
Rating:

In January 2022, tennis star Novak Djokovic made headlines after he was detained by border officials in Australia for presenting falsified documents related to his COVID-19 vaccination status and attending a photoshoot after testing positive for COVID-19. The New York Times reported:

Novak Djokovic, the top-ranked men’s tennis player, acknowledged on Wednesday that a travel document he presented to Australian border officials last week contained false information, as the country’s authorities continued to investigate whether he should be deported.

Mr. Djokovic also said that he had participated in an interview and a photo shoot last month in his native Serbia even after testing positive for the coronavirus, in an apparent breach of the country’s rules for infected people. Australian officials have said they are looking into whether Mr. Djokovic, who is unvaccinated, poses a risk to public health.

As this news circulated on social media, so did a video that supposedly showed two of Djokovic's opponents, Rafael Nadal and Roger Federer, laughing uncontrollably as they mocked him.

This is a genuine video of Nadal and Federer laughing. The English captions, however, are entirely fictional.

This video captures Nadal and Federer laughing during an interview before the "Match for Africa," an exhibition match that was played on Dec. 21, 2010, at the Hallenstadion in Zurich, Switzerland, to raise money for the Roger Federer Foundation. Federer and Nadal were attempting to film a promo for the match where they asked one another what they were getting for Christmas, but neither of the tennis players could keep a straight face during the shoot.

Nadal truly has commented on Djokovic's situation. While he said that he agreed with officials to let Djokovic play in the Australian Open, he opposed Djokovic's anti-vaccination stance.

"Whether or not I agree with Djokovic on some things, justice has spoken and has said that he has the right to participate in the Australian Open and I think it is the fairest decision to do so, if it has been resolved that way. I wish him the best of luck.

"The most important institutions in the world say that the vaccine is the way to stop this pandemic and the disaster that we have been living for the last 20 months."