"Do you know how much stock I own in Disney?" 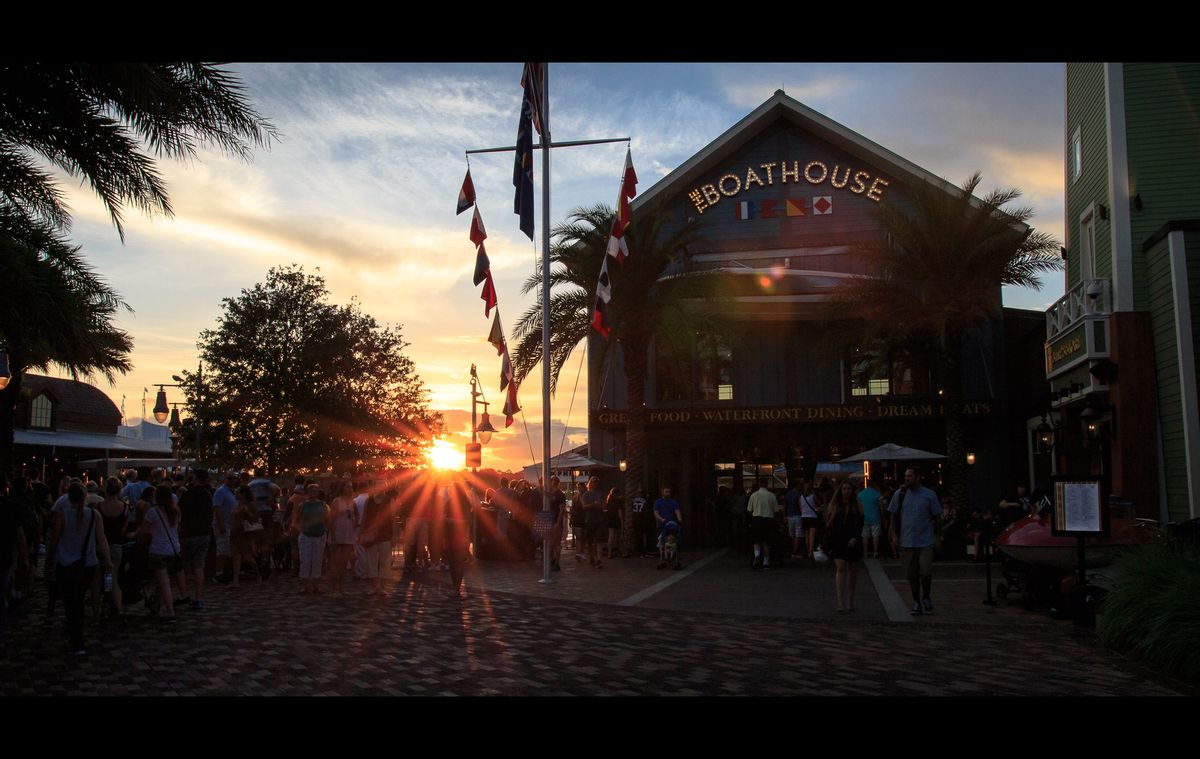 A man was arrested at Disney Springs after refusing a temperature check and saying he paid $15,000 for the family vacation. (Image Via Scott Smith (Flickr))

Claim:
A man was arrested after skipping a temperature check screening tent at Disney Springs, and then refusing to leave the property.
Rating:

In early April 2021, discussion surfaced on social media after a story about Walt Disney World Resort appeared on news websites. The articles described a man who was arrested after refusing a temperature check at Disney Springs. Disney Springs is an outdoor shopping, dining, and entertainment destination at the Florida resort.

One tweet read: "A man who was arrested after refusing a temperature screening at Disney Springs in Lake Buena Vista, Florida, told authorities that he couldn't be told to leave because he had spent $15,000 on his vacation."

This was a true story.

On April 2, ClickOrlando reported that the incident in question occurred on Feb. 13.

While at Disney Springs, he "skipped the temperature screening tent" and refused to return. Law enforcement consulted with Disney security officials and asked Sills to leave. The discussion occurred near the Boathouse restaurant.

After being told by police to leave, Sills said: "I paid $15,000 to come here." He then mentioned the $15,000 figure several more times. After being given several warnings, he was handcuffed and arrested.

The arrest was captured on video by an Orange County Sheriff’s Office bodycam. At one point, the man asked: "Do you know how much stock I own in Disney?"

ClickOrlando reported that Sills asked to be tested while he was being taken off Disney premises in handcuffs:

As deputies escorted Sills away, Sills had a change of heart and said he was willing to get his temperature checked after all.

"Will you take my temperature before you kick me out, please?" Sills asked as he was led away handcuffed, according to the deputies' body camera footage.

"They'll do that in jail, sir," a deputy appeared to say.

On April 3, Sills told The Washington Post that he accidentally missed the temperature check tent because he walked in through an exit:

In an interview Saturday with The Washington Post, Sills said he would have "happily" consented to a temperature screening but he had inadvertently walked in through an exit and not realized his error. He partly blamed the security manager for escalating the conflict — and compared Disney security to Nazis and the mafia — but also admitted he was in "a bit of a mood" after a day of travel.

He was arrested on the first night of what was a five-day trip with his family, a rare reprieve for which he had paid thousands, he said. Two hotel rooms, air travel, and admission to Disney and Universal for seven to eight people set him back, he said.

The Associated Press reported that Sills was "only the latest person arrested for refusing to follow health rules" at Walt Disney World Resort:

In February, a man spat on a security guard after being asked to wear a mask and was charged with battery.

Disney spokeswoman Andrea Finger said most guests have followed the rules, which enabled Disney World to reopen in the pandemic.

“Millions of guests visit our theme parks each year, and in rare instances when things of this nature occur, we hold them accountable,” Finger said in the statement.

In sum, it was true that a man at Disney Springs was arrested after refusing a temperature check and then refusing to leave. It was also true that he repeatedly mentioned he spent $15,000 on the family vacation.