Did a Woman Say the Washington Post Offered Her $1,000 to Accuse Roy Moore of Sexual Abuse?

A conspiratorial web site shared a story based solely on unsourced tweets claiming the venerable newspaper paid off sources. 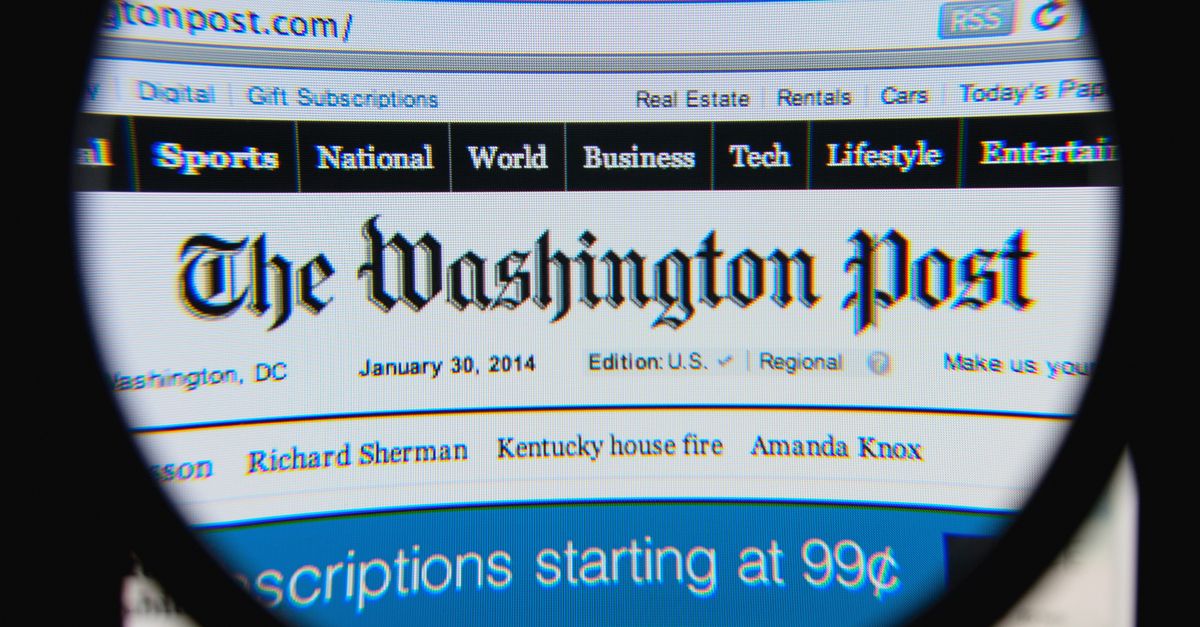 Claim:
An Alabama woman claimed the Washington Post tried to pay her to come forward and make accusations of sexual abuse against Roy Moore.
Rating:

On 10 November 2017, the disreputable web site GatewayPundit.com reported — without any evidence whatsoever beyond a single anonymous Twitter account — that investigative journalists from the Washington Post had paid a woman to go on the record and accuse Roy Moore, a Republican candidate running to fill Attorney General Jeff Sessions' vacant U.S. Senate seat in Alabama, of sexually abusing her when she was 14 years old.

Leigh Corfman told the Post that she was 14 and Moore was a 32-year-old assistant district attorney when they met. Corfman said Moore picked her up around the corner from her home and took her to his residence, where he undressed and molested her. Three other women also went on the record and said Moore had made advances towards them when they were between the ages of 16 and 18 and he was in his thirties. After the Post story broke, a fifth woman, Beverly Young Nelson, came forward and said Moore had tried to rape her when she was 16.

A Navy veteran who served 22 years for his country and then served in the Secret Service claims a family friend who lives in Alabama told his wife that a Washington Post reporter “named Beth” approached her and offered her THOUSANDS to accuse Judge Roy Moore of inappropriate sexual advances!

Of course this is HUGE news if true.

Indeed it would be big news — except for the inconvenient fact that it was not true and thus was not "HUGE."

While the Washington Post's story was based upon interviews with no fewer than thirty sources, the only source cited by GatewayPundit.com was hearsay from a questionable Twitter account bearing the handle @umpire43, which belonged to someone going by "Doug Lewis #MAGA" who claimed (again, with no sources offered other than a vague "friend of my wife's") that :

A family friend who lives in Alabama just told my wife that a WAPO reporter named Beth offered her 1000$ to accuse Roy Moore????

In follow-up tweets, "Doug" stated the a family friend (purportedly named "Jean", but of course with no last name provided) recorded the conversation in which "Beth" (probably Washington Post journalist Beth Reinhard, who co-wrote the Moore report) offered a source money to accuse Moore of sexual improprieties. The tape of that conversation was supposedly turned over to law enforcement, according to "Doug."

We contacted the Washington Post to ask whether there was any possibility the reporters on their story had paid their sources and received a flat denial from spokeswoman Molly Gannon Conway:

The accusation against the Post is categorically false. We have an explicit policy that prohibits paying sources.

We called the Etowah County district attorney's office to check whether any such allegations had been brought to their attention, but as of yet we haven't received a response.

Notably, however, the accusatory tweets from the "Doug Lewis #MAGA" were deleted, and then, a few hours later, the entire account was deleted as well.

The @umpire43 account was launched in 2011, and as of 11 November 2017 it had tweeted 17,000 messages to 18,300 followers. On 13 November 2017, the account was temporarily set to private, and when it was made public again, its owner had deleted all but fifty posts — including the ones claiming that women had been paid off to accuse Moore.

As Washington Post political reporter Dave Weigel observed, the account's owner had trouble keeping key facts about even his own biography straight:

The dude attacking my newspaper over the Moore story can't remember how many purple hearts he supposedly has. pic.twitter.com/4iW4FqQR4U

LA Times and NY Times are offering 1000.00 for any dirt on Donald J Trump.Is this what the crooked evil Democrats have sunk to??

Later on 13 November 2017, the entire Twitter account was deleted. According to The Daily Beast, "Doug Lewis" was a false identity co-opted from a real Navy veteran who died in 2007.

Despite the fact the GatewayPundit story was entirely unsourced, it gained traction among Moore's supporters. In an appearance on CNN with host Don Lemon, attorney Trenton Garmon, who represents a legal foundation headed by Moore's wife, said:

Well the process here is both sides reporting and Judge Moore continuing his campaign and being elected on December the twelfth, and us going against the Washington Post for the false information which includes people who have now — Don, I'm still talking — people who have now come out to say they offered money — then offered money as false accusers to do this and there has now been reports that had come out, she was not 14 at the time but 17 and there's a history of her bringing false accusations against pastors and false accusations against people in the past.

Moore's wife Kayla, who heads the Foundation for Moral Law, also made a similar allegation on Facebook, writing:

After the accusations came out against Judge Moore his polling numbers did not change, so do you think they will let up?? We knew something was coming, just did not know what next. This is the same Gloria Allred that did the very exact same thing to Trump during his campaign . Going on two months now they’ve been on a witchhunt here in Etowah County and our state advertising people to step forward with accusations and we are gathering evidence of money being paid to people who would come forward. Which is part of why we are filing suit!

The GatewayPundit story now carries a disclaimer at the bottom of their article that reads, "UPDATE: We have not been able to confirm these allegations by Doug Lewis."

This is not the first time GatewayPundit.com has spread unfounded and misleading information. In the hours after a 1 October 2017 mass shooting in Las Vegas, the web site misidentified the gunman in that shooting, spreading the name and image of an innocent man far and wide, resulting in his (and his family's) being targeted for death threats.

Moore, who was twice elected to, and removed from, the state Supreme Court of Alabama, has denied the allegations reported in the Washington Post.

Bethea, Charles.   "Locals Were Troubled by Roy Moore’s Interactions with Teen Girls at the Gadsden Mall."     The New Yorker.   13 November 2017.