A radio host with a history of pushing misinformation claimed that the Marine Corps "sent a message" to the intelligence agency. 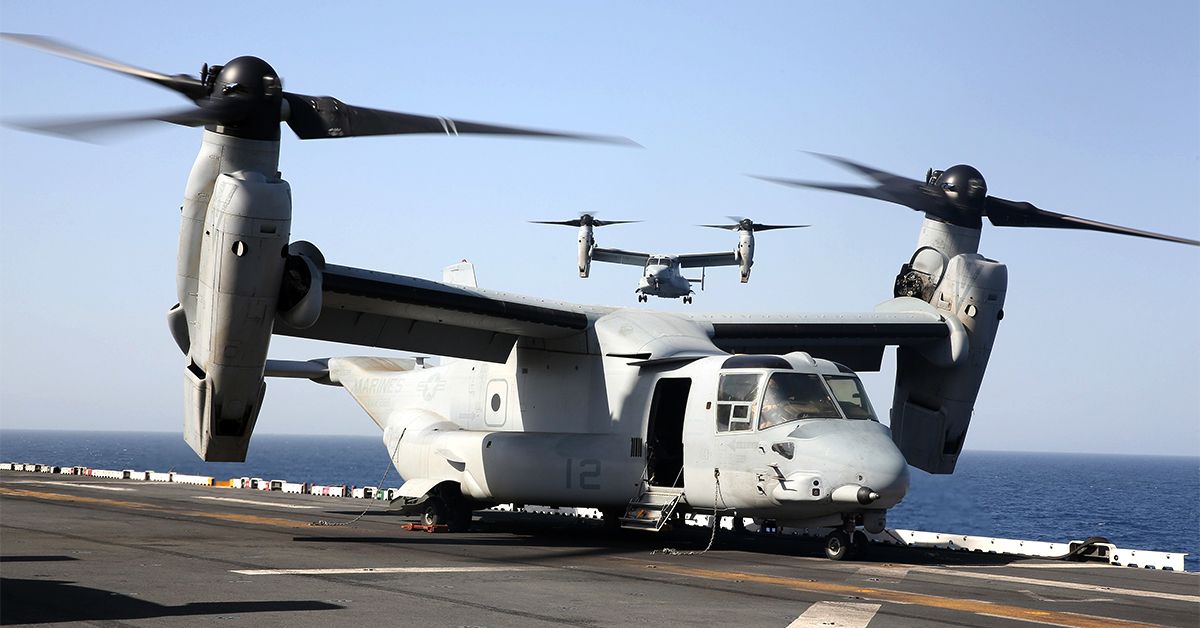 A right-wing radio host is making the unsupported claim that the U.S. military "sent a message" to the Central Intelligence Agency by buzzing the intelligence agency's headquarters with helicopters. Hal Turner, who is also a convicted felon, says he was contacted by unnamed witnesses to a story that was being downplayed by reputable news outlets.

Turner claimed on his web site that members of a "Marine expeditionary unit" was spotted at the headquarters of the Central Intelligence Agency in Langley, Virginia on 18 November 2017.

According to persons who reside near Langley, a large contingent of Marines arrived at CIA Headquarters in tilt-rotor aircraft and when the Marines deplaned, they were armed and moved quickly into CIA Headquarters! (I did not personally witness this and am relying solely on what witnesses are telling me)

Those witnesses also say that a significant number of tilt-rotor aircraft could be clearly seen circling the grounds of CIA Headquarters, parked on the grass around the building.

Someone in the Pentagon/Military . . . . no one will say who . . . made a direct show of force to the CIA on Saturday. It was, for lack of a better description, the sending of a message from the military to the CIA: knock it off.

The story was picked up by other conservative web sites. But Turner also accused some of them of embellishing his witnesses' account, adding:

Yes, a group of military aircraft approached and circled the CIA Headquarters in Virginia for upwards of 30 minutes on Saturday. They did NOT land and did NOT enter CIA HQ forcibly - or otherwise.

We contacted both the Central Intelligence Agency and the U.S. Marine Corps seeking comment. The CIA did not comment -- but a person did answer the phone there, suggesting that the agency was still operational despite some of the claims that Turner himself has disavowed. A Marine Corps spokesperson, Major Brian Block, told us:

It is not unusual for Marines aircraft to fly to locations throughout the National Capitol Region. I can say right now that a MEU, of 2,200 Marines, certainly did not land at Langley and that claim is ridiculous, as is the idea that the Marine Corps would engage in a "show of force" or try to "send a message" that way against another part of the U.S. government.

Turner also suggested that other media outlets were ignoring the story. However, we contacted two Washington D.C.-area news stations, WJLA-TV and WRC-TV, and neither station said that they had received similar reports from their own viewers, some of which would presumably work at or live near Langley, or neighboring communities.

The radio host, who was convicted in August 2010 for threatening to kill three federal judges, also attempted to link the story with other conspiracy theories through another claim:

There have never been this many Sealed Indictments showing on federal court Dockets at the same time . . . ever.

The existence of so many sealed Indictments has lead others to suggest that large groups of federal officials - perhaps including elected officials - are facing mass arrest over a number of corruption-related activities such as "pay-to-play" the UraniumOne conspiracy, Pedophile Rings and other criminal activities, and these troops may be needed to keep order once the high officials start being taken under arrest.

A spokesperson for the Administrative Office of the U.S. Courts told us that their office does not keep statistics regarding the number of sealed indictments. Meanwhile, both the UraniumOne and Pizzagate conspiracies have been roundly debunked.

Turner also operated Superstation 95, a web site that has pushed conspiracy theories concerning the mass shootings in San Bernardino and Orlando, among other topics.

The Southern Poverty Law Center has described Turner as "a white supremacist true believer who has used radio and Internet broadcasts to disseminate his hate since the 1990s."