Did the Texas School Shooting Suspect 'Cross the Border Illegally'?

We found no evidence supporting the claim Salvador Ramos, 18, was undocumented. 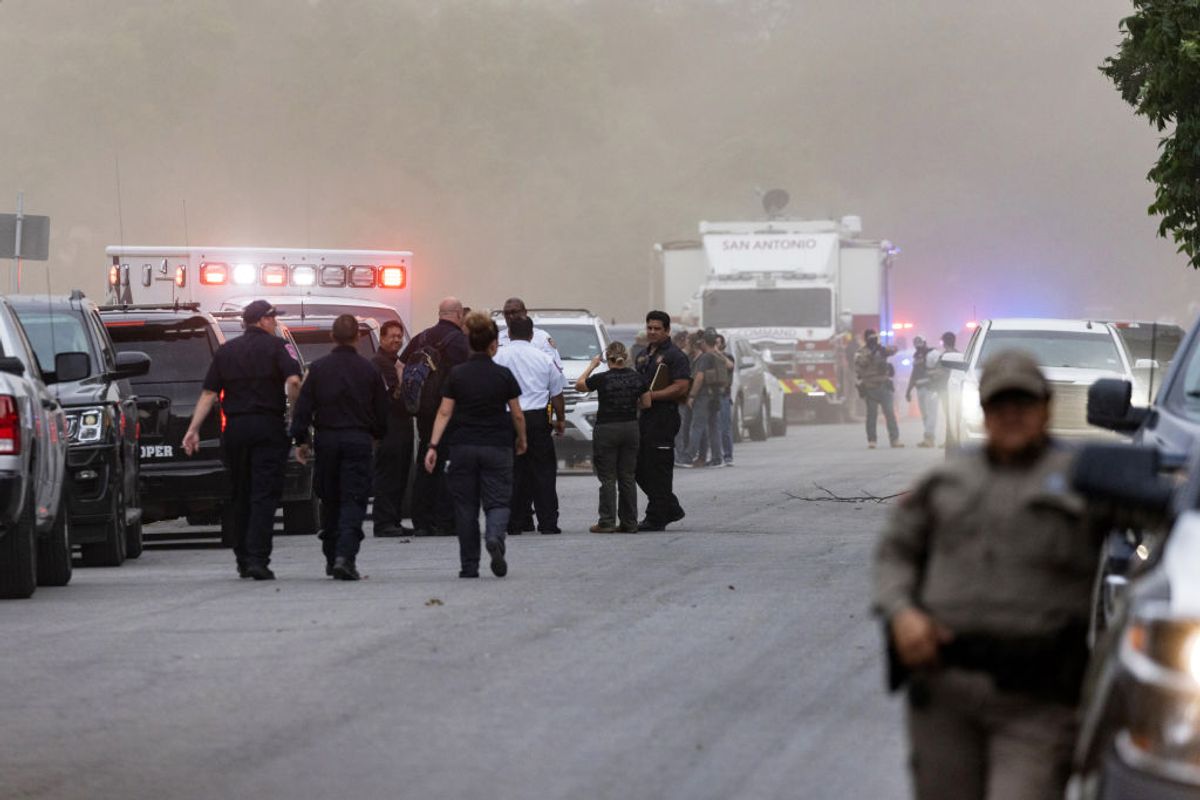 On May 24, 2022, a gunman fatally shot at least 21 people at Robb Elementary School in Uvalde, Texas, including three adults and 18 children. Authorities said police killed the suspected gunman, Salvador Ramos, 18, at the scene.

Not long after the news broke, the Twitter page belonging to the nonprofit organization Code of Vets posted a tweet speculating, without offering evidence, that Ramos may have been an undocumented immigrant.

"Pray for the victims, families and community," the tweet read. "The killer was Salvador Ramos 18 years old. Did he cross the border illegally? Our nation has a serious national security crisis evolving. God help us". As of this writing, we have found no evidence to support the claim that Ramos was an undocumented immigrant. We have very few details about his biography, but Houston-based TV news station KPRC-TV, citing unnamed officials, reported that Ramos was "apparently from the town of Uvalde, which is 85 miles west of San Antonio, and that he was born on May 16, 2004."

ABC News reported that Ramos was a student at Uvalde High School, while WSLS 10 further noted that Ramos had reportedly attended Robb Elementary in his youth, as well. Texas Gov. Greg Abbott said Ramos shot his grandmother before opening fire at the school.

We reached out to U.S. Immigration and Customs Enforcement (ICE) asking whether the agency could confirm the facts around Ramos' citizenship status.

In an interview on CNN, Texas State Sen. Roland Guitierrez said Texas state police told him Ramos was born in North Dakota. We reached out to Texas Department of Public Safety asking for more information. We will update this story when we receive further information.

Ballard, Moriah. “SUSPECT INFO: Here’s What We Know about the 18-Year-Old Shooter Who Officials Say Killed His Grandmother, 14 Students, and 1 Teacher.” KPRC, 24 May 2022, https://www.click2houston.com/news/local/2022/05/24/suspect-info-heres-what-we-know-about-the-18-year-old-shooter-who-officials-say-killed-his-grandmother-14-students-and-1-teacher/.

Smith, Samantha. “What We Know about the Suspected Texas Elementary School Shooter.” WSLS, 24 May 2022, https://www.wsls.com/news/2022/05/24/what-we-know-about-the-suspected-texas-elementary-school-shooter/.