In an interview with a music magazine, the singer said she's taken the flag away as a backdrop during the performance of the song "Born to Die". 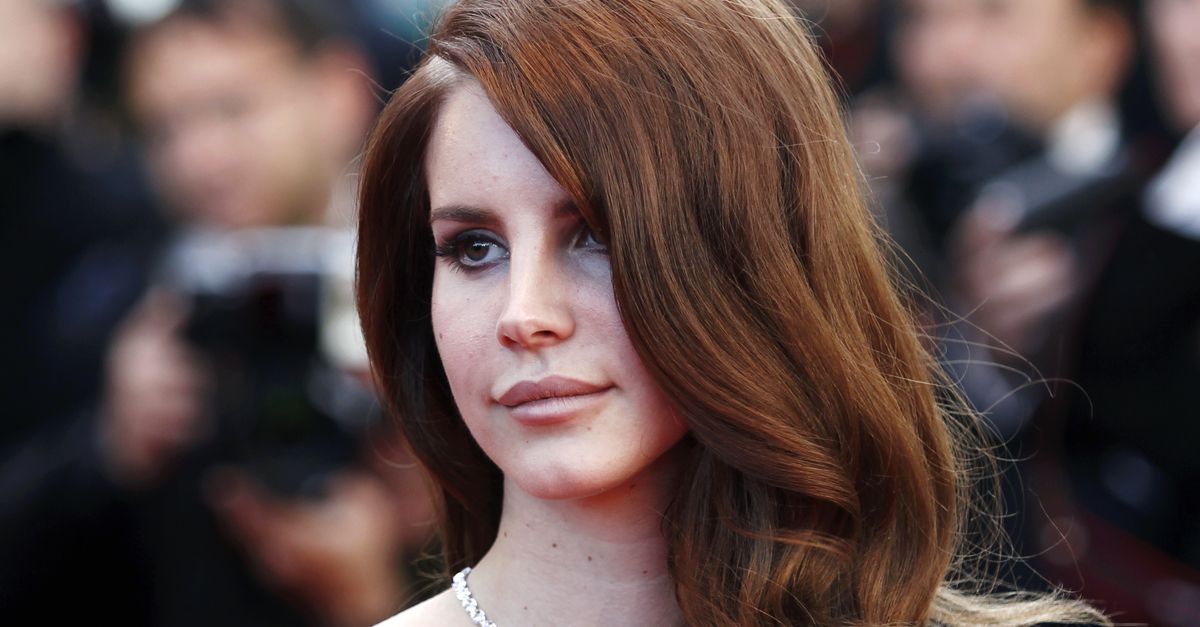 Claim:
Singer Lana Del Rey banned the American flag from her concerts because she can't stand to see it with President Trump in office.
Rating:

In an interview with Pitchfork Magazine, singer Lana Del Rey said she had removed the American flag as the backdrop for her performance of the song "Born to Die" and was reconsidering the use of flag imagery in her on-stage videos because it makes her uncomfortable with current events and President Trump in office.

She did not say she was implementing a wholesale ban on American flags at her concerts.

In late July 2017, conservative blogs reported that a singer had banned American flags from her concert because she "can't even look at it" while President Donald Trump is in office.

It’s so typical of radical liberals.

They pretend to be patriotic Americans, but immediately turn on their own the moment they don’t get their way.

REAL patriots love this country no matter what, and will always work to make it better.

Sure, she’s featured the American flag as a backdrop to many of her concerts in the past.

But because her candidate didn’t win the last presidential election, she’s now banning the Stars and Stripes.

The post is based on a 19 July 2017 interview conducted by the music magazine Pitchfork with ballad singer Lana Del Rey, which covered a range of topics. Pitchfork contributor Alex Frank spoke to the singer at her recording studio in Santa Monica, California. At one point, Frank asked, "Is it harder to be romantic about America when Trump is the nation’s biggest celebrity?"

It’s certainly uncomfortable. I definitely changed my visuals on my tour videos. I’m not going to have the American flag waving while I’m singing “Born to Die.” It’s not going to happen. I’d rather have static. It’s a transitional period, and I’m super aware of that. I think it would be inappropriate to be in France with an American flag. It would feel weird to me now—it didn’t feel weird in 2013.

All the guys in the studio—we didn’t know we were going to start walking in every day and talking about what was going on. We hadn’t ever done that before, but everyday during the election, you’d wake up and some new horrible thing was happening. Korea, with missiles suddenly being pointed at the western coast. With “When the World Was at War We Kept Dancing,” I was posing a real question to myself: Could this be the end of an era? The fall of Rome?

This comment was pulled out of the interview and aggregated by the conservative web site DailyCaller.com, which wrote the headline "Lana Del Rey Pulls American Flag From Tour Because Of Trump: 'I Feel Less Safe.'" From there the story snowballed into claims that the singer had formally instituted a ban on American flags at her concerts because she can't stand to see them — but of course, that's not what she said.

Although Del Rey did say she won't have the American flag waving while she sings the song "Born to Die," she didn't say she was completely banning American flags from her concerts because she can't stand the sight of them. She said she was rethinking her visuals in light of current events and a shift in politics, while noting that the flag may be interpreted differently in 2017 by an international audience than it has been in previous years. It's clear from the contents of the interview that Del Rey (whose real name is Elizabeth Grant) isn't a fan of President Donald Trump, but to say that she has enacted a wholesale ban on flags at her concerts as a result of his presidency is an exaggeration.

In the past, Del Rey has had the American flag featured prominently during performance of the song "Born to Die" which is a rather morbid song. Given this dark theme, one could argue that the image of the flag displayed during the performance of that song was ironic, and was never intended to be patriotic to begin with.

ConservativePost.com.  "Singer Bans American Flag From Concerts,   Says She Can’t Even Look at It While Trump’s President."

Proud-Patriots.com.    "Singer Bans American Flag From Concerts, Says She Can’t Even Look at It While Trump’s President."