Did Sen. Tom Cotton Issue a 'Cease and Desist' Letter to a Constituent?

The Arkansas Republican's office says such letters are "only used under extreme circumstances." 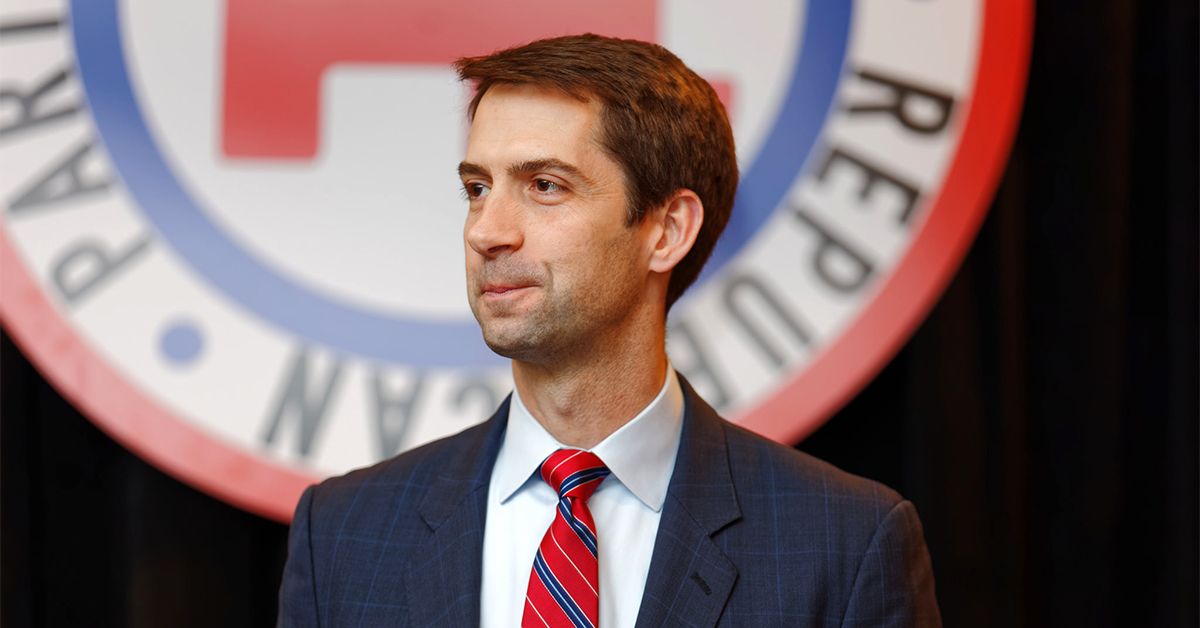 Claim:
Sen. Tom Cotton's office has sent "cease-and-desist" letters to constituents ordering them not to contact him.
Rating:

Activists in Arkansas accused Republican Sen. Tom Cotton of sending constituents "cease-and-desist" letters. But while it's true that at least one member of the group received one, it is unclear how many constituents at large have as well.

A spokesperson for Cotton's office, Caroline Rabbitt Tabler, confirmed the existence of the letters, saying that they were issued "under extreme circumstances." She also said that it was rare to send any constituent such a letter. There has been no confirmed tally of how many times it has happened.

The letters began getting attention when the liberal group Ozark Indivisible posted a picture of one on Twitter on 17 January 2018, along with a message taunting the senator:

#TraitorTommy @TomCottonAR scared of his constituents calling so he's sending out cease and desist letters. You’re too [chicken] to lead CIA if you can’t even listen to constituents! #arpx

#TraitorTommy @TomCottonAR scared of his constituents calling so he’s sending out cease and desist letters. You’re too ? to lead CIA if you can’t even listen to constituents! #arpx pic.twitter.com/N1HAGCmbW6

This letter is immediate notification that all communication must cease and desist immediately with all offices of US Senator Tom Cotton. All other contact will be deemed harassment and will be reported to the United States Capitol Police.

The letters themselves, however, are not recent; the one posted by Ozark Indivisible was dated 17 October 2017. A Fayetteville resident, Stacey Lane, identified herself as the recipient of the letter posted online. Rabbitt Tabler said Cotton's office did not accuse her of saying anything threatening but did not go into detail on why it sent her the letter.

Ozark Indivisible confirmed to us on 19 January 2018 that Lane is a member of their organization. They also disputed reports that Lane threatened anyone or called a staffer a "cunt." The group added:

There have been others who have received the letters, but they do not want to come forward. They are not OI members.

According to reports, "an unspecified number of individuals" received letters that month.

Rabbitt Tabler said in a statement that they are "only used under extreme circumstances":

Senator Cotton is always happy to hear from Arkansans and encourages everyone to contact his offices to express their thoughts, concerns, and opinions. In order to maintain a safe work environment, if an employee of Senator Cotton receives repeated communications that are harassing and vulgar, or any communication that contains a threat, our policy is to notify the U.S. Capitol Police's Threat Assessment Section and, in accordance with their guidance, send a cease and desist letter to the individual making the harassing or threatening communication.

Another person, who did not identify themselves, told the Arkansas Times that they received a similar letter. They said:

I believe if Tom Cotton's office were to respond as to why they sent this letter, I think they just honestly don't want to listen to any citizen's opposing view or hear the numerous grave concerns U.S. citizens have about the serious & ongoing attack on our Democracy and past election cycle in which a foreign, hostile Russian government interfered, they don't want U.S. citizens to call and speak their mind and truth in a very direct manner and they obviously don't want to be held accountable for their words and actions while serving all the people in this nation. I may have used unprofessional and unbecoming language at times as the anxiety and stress of what I'm witnessing is at times too great a burden to control and I have vehemently expressed my righteous anger at Senator Cotton's complicitness with this harmful regime.

Cotton, whose current term in office runs through 2020, has come under criticism from his constituents in the past. During February and April 2017 town hall events, he was pelted with questions regarding various issues and hit with chants that included, "Do your job."

We contacted Cotton's office seeking further comment on the October 2017 letters and explore any connection to the town halls, but did not receive response.