A 2013 CBS video segment about weather modification was dishonestly reframed as a clip about Hurricanes Irma and Harvey. 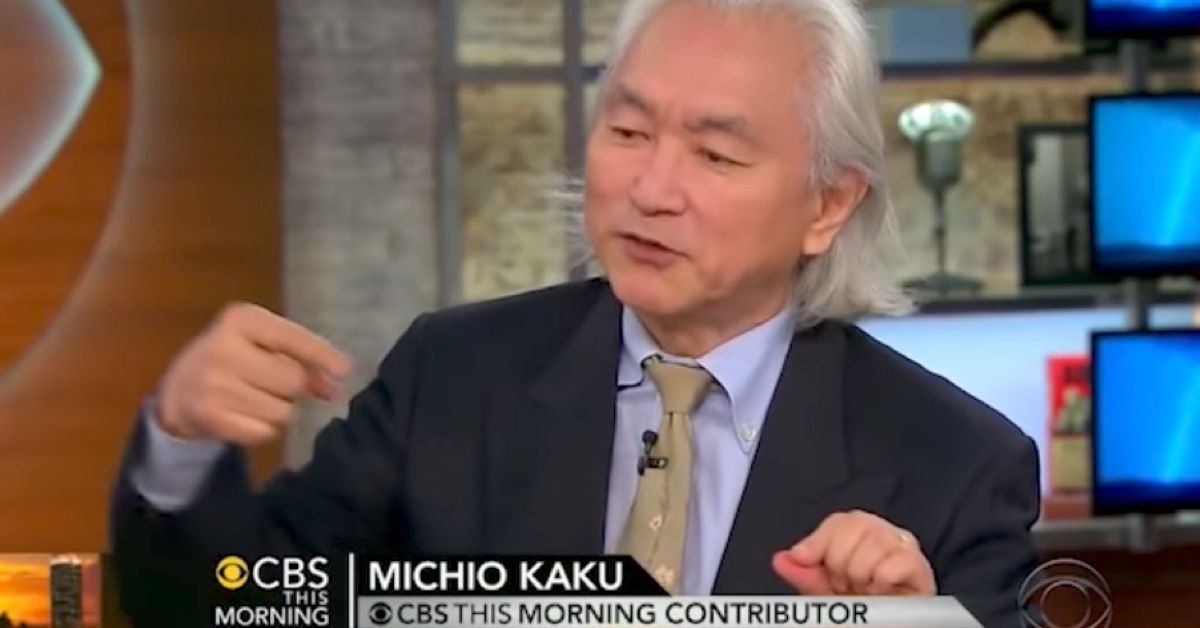 On 9 September 2017 the web site YourNewsWire.com published an item suggesting that theoretical physicist and CBS News contributor Michio Kaku had said that the recent hurricanes Harvey and Irma were the result of a government research program that shuttered in 2014.

The article, titled "Top Scientist Tells CBS: HAARP Responsible For Recent Hurricanes," claims that physicist and professor Michio Kaku had confessed that the High Frequency Active Auroral Research Program, an Alaska-based program created to analyze the ionosphere, which has been the subject of numerous conspiracy theories, had created the two deadly hurricanes:

World renowned physicist Dr. Michio Kaku made a shocking confession on live TV when he admitted that HAARP is responsible for the recent spate of hurricanes.

In an interview aired by CBS, Dr. Kaku admitted that recent ‘man-made’ hurricanes have been the result of a government weather modification program in which the skies were sprayed with nano particles and storms then “activated” through the use of “lasers”.

In the interview (below), Michio Kaku discusses the history of weather modification, before the CBS crew stop him in his tracks.

The High-Frequency Active Auroral Research Program (HAARP) was created in the early 1990’s as part of an ionospheric research program jointly funded by the U.S. Air Force, the U.S. Navy, the University of Alaska Fairbanks, and the Defense Advanced Research Projects Agency (DARPA).

Kaku never said that HAARP was responsible for hurricanes. YouTube videos espousing the conspiracy theory splice together misinformation about HAARP with an interview Kaku did with CBS News in 2013 in which he talked about the possibility of governments one day being able to cause rainfall using lasers and other means.

The description of the official video of the CBS interview read:

Scientists and researchers may one day be able to manipulate rain and lightning using lasers. "CBS This Morning" contributor Michio Kaku, a physics professor at City College of New York, talks to Charlie Rose and Norah O'Donnell about the potential future of weather.

In the video, Kaku also discusses the possibility that governments had manipulated weather in the past to cause or prevent rainstorms, and he calls the evidence "inconclusive" several times. He said of current efforts to manipulate the weather that there was "nothing conclusive ... [but scientists are] bringing in the laws of physics" and "actually using trillion watt lasers" in such experiments. Kaku mentioned hurricanes at the end of a list of future theoretical weather modification applications:

... in the laboratory, sure enough they [now] precipitate rain out of water vapor ... [but] the bad news is if it's a clear blue sky, it's not gonna do anything at all ... outdoor events, and agriculture, and flooding, and even hurricanes all can be subject to weather modification.

Kaku also appeared on CBS in August 2017 to discuss Hurricane Harvey and the science behind hurricanes. He did not at any point say that HAARP had caused hurricanes.