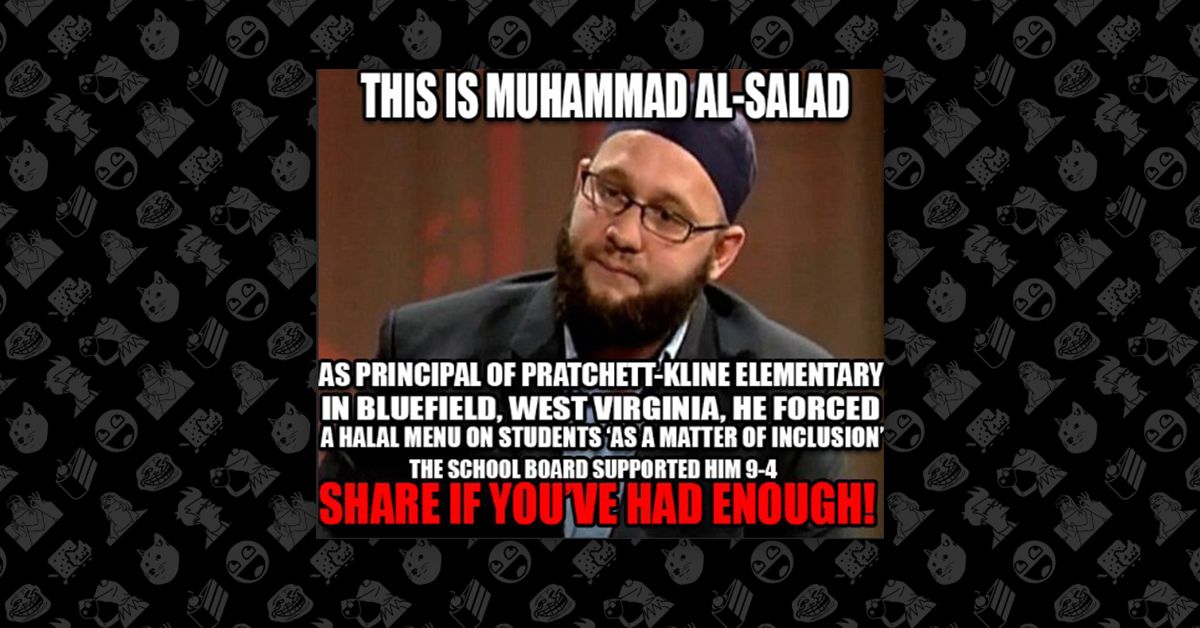 On 7 April 2018, a meme was published to the Facebook page of The Last Line of Defense which contained an image of a man ostensibly named Muhammad Al-Salad and a bit of text claiming that he was an elementary school principal in West Virginia who had forcibly implemented a halal menu: In the four years that he ran the Revolution Muslim website out of his walk-up apartment in Flatbush, Brooklyn, Jesse Morton became one of the most prolific recruiters for Al Qaeda, luring numerous Americans to the group's violent ideology.

Mr Morton, 37, is now at the forefront of an experiment to counter the pull of groups like the Islamis State and Al Qaeda. After a stint as an FBI informant and his release from prison last year, Mr. Morton has been hired as a fellow at George Washington University's Program on Extremism, where he will research the very ideology he once spread.

"As many people as may have traveled, or may have committed criminal acts, because of my words, I hope that I can deter just as many," he said. "I may never be able to repair the damage that I have done, but I think I can at least try."

He was later arrested for drug and prostitution charges in December 2016.

In addition to this fictional principal, we also found no record of a Pratchett-Kline Elementary School in Bluefield, West Virginia. In other words, a satirical Facebook page used an image of an unrelated man to spread fake news about a fictional school all for the purpose of using a food-based pun.