Bioidentical but synthetic THC has been approved for medical use since 1985, but it was only recently approved in a liquid formulation. 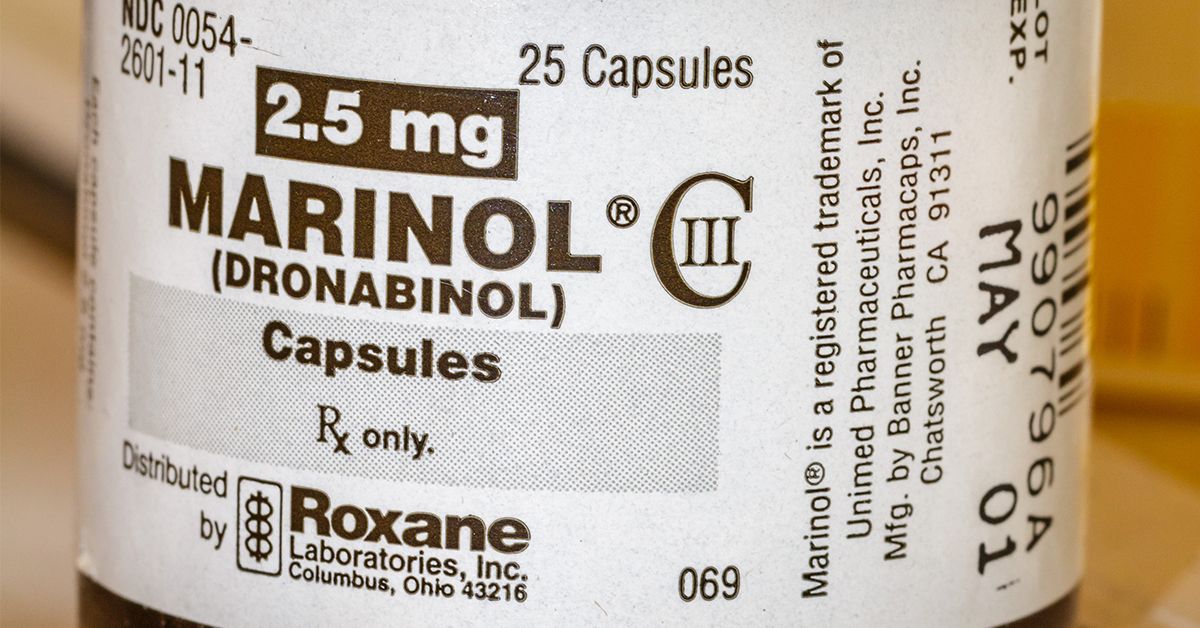 Claim:
The DEA recently classified synthetic marijuana as a legally-obtainable Schedule II drug while continuing to list plant-based marijuana as a Schedule I drug with “no currently accepted medical use.”
Rating:

The DEA recently approved a new oral liquid formulation of dronabinol — a synthetic version of the active ingredient in marijuana — as a schedule II drug.

This is not the first time the DEA has approved dronabinol, which is wholly different than K2, Spice, and other recreational “synthetic cannabis” products.

On 5 July 2016, the United States Food and Drug Administration approved a New Drug Application from Insys Therapeutics for a drug they dubbed Syndros — an oral solution of the synthetic version of the most prominent psychoactive ingredient in marijuana. The pharmaceutical was approved for use by AIDS and chemotherapy patients:

After any new drug is approved by the FDA, it must then be scheduled by the Drug Enforcement Administration, a legal classification which determines the legal handling and prescribing restrictions on the drug, if any. The DEA issued its first "interim" ruling — a legally binding ruling subject to change after a period of public comment — on Syndros on 23 March 2017, placing the formulation in the Schedule II grouping of "drugs with a high potential for abuse, with use potentially leading to severe psychological or physical dependence", which allows for prescription, albeit in a limited fashion. This rule was adopted in a final form without changes on 22 November 2017.

A viral post from cannabis culture website Herb.co reported the decision with the narrative that the DEA was approving synthetic marijuana as medicine "while the real thing remains illegal." While the bulk of the reporting was factual (though incomplete), it included a number of pictures with captions describing medical emergencies attributed to so-called "synthetic marijuana" products like K2 and Spice.

This is misleading, as such products — though unregulated — generally contain a mixture of THC-like chemicals that are not, in fact, chemically identical to THC, but have similar and sometimes more potent or dangerous effects. The DEA has not scheduled these products as medicine, and the companies that produce them — many of which operate in clandestine fashion to avoid detection by the FDA — have not submitted their products for review by the Food and Drug Administration to be considered pharmaceuticals.

Herb.co’s reporting was incomplete, additionally, because they implied this was a recent change in policy. In fact, synthetic THC, a chemical with the generic pharmaceutical name dronabinol, has been approved for the same indications as Syndros in capsule form since 1985. This form, under the brand name Marinol, was originally scheduled (like Syndros) in the more restrictive Schedule II grouping before being shifted to Schedule III in 1999.

The reason for the differing classifications of dronabinol in capsule form versus oral spray form stems from their differing potential to be abused, according to the DEA:

[The Department of Health and Human Services] indicated that the formulation of Syndros (oral solution) is easier to abuse than Marinol because this liquid formulation can be manipulated to produce concentrated extracts of dronabinol for abuse by inhalation (smoking or vaping) or through other routes of administration. Because of the large amount of dronabinol in Syndros oral solution it has a greater potential for extraction than Marinol and thus has a greater abuse potential.

Although it is factual to say that the DEA approved a synthetic version of THC — legally giving it medicinal value — while keeping plant based THC a Schedule I drug with "no currently accepted medical use," this ruling applies only to dronabinol, and not to recreational products like K2 or Spice. And while there are arguments to make about logical inconsistencies in the DEA’s treatment of synthetic versus natural THC, such arguments are not a new feature of the debate around marijuana legalization, as they have been proffered since dronabinol was first approved for use by the FDA in 1985.