Did Crabs Swarm a Florida Road After Hurricane Irma?

In 2017, a website falsely claimed to be showing live footage of a mass crab migration in the aftermath of the massive storm. 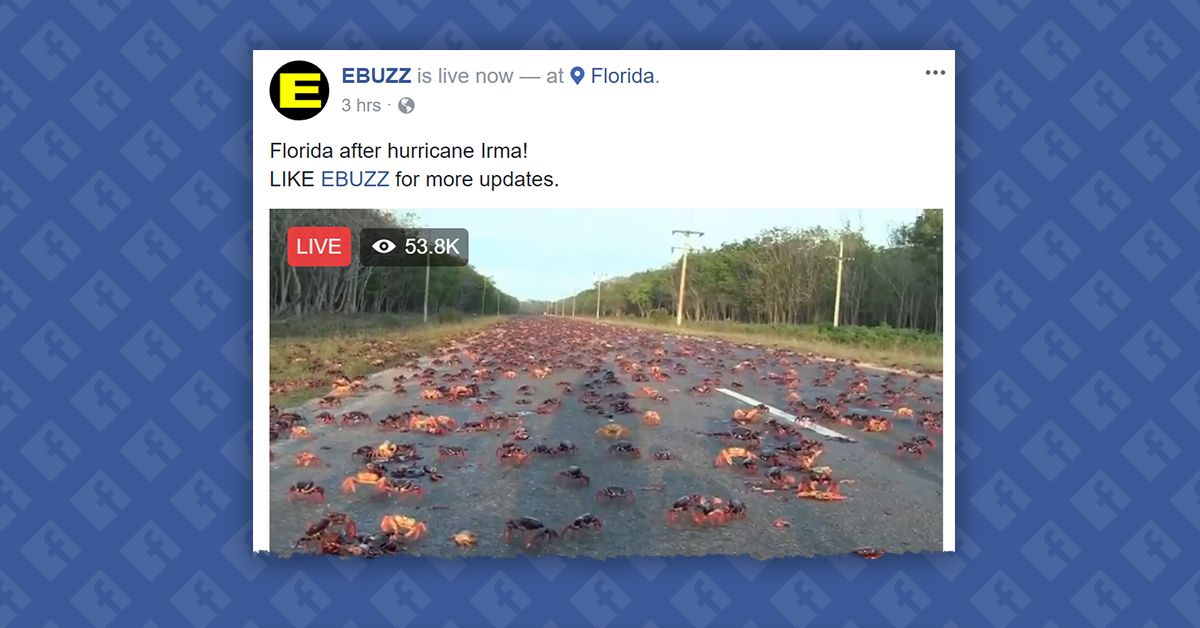 On Sept. 13, 2017, the web site EBUZZ.buzz published a video on loop that it claimed was being aired "live" in "Florida after Hurricane Irma!": The site has already shown a tendency to appropriate natural disasters such as Hurricane Irma — which has killed at least 23 people in the United States — for unrelated content, which it then describes as "live footage" and plays on a loop to rack up views.

Both that video and a post featuring a video EBUZZ claimed was a "cloud face" generated by the hurricane appear to have been taken down as of Sept. 14, 2017.

Also, while U.S. Fish and Wildlife Service has confirmed crab migrations in the central part of the state, those involve giant land crabs, commonly known as "blue crabs". The ones featured in EBUZZ.buzz's video, however, more closely resemble the crustaceans that travel en masse across regions such as Christmas Island or Cuba's Bay of Pigs on their annual spawning migration.

We reached out to both USFWS and the Florida Fish and Wildlife Conservation Commission seeking comment, but have yet to hear back.

Updated to note that EBUZZ's video featuring the crabs has been removed from its Facebook page.