A caption appearing to insult the Senate Majority Leader never aired, despite a claim that a screenshot purporting to show it was "not Photoshopped." 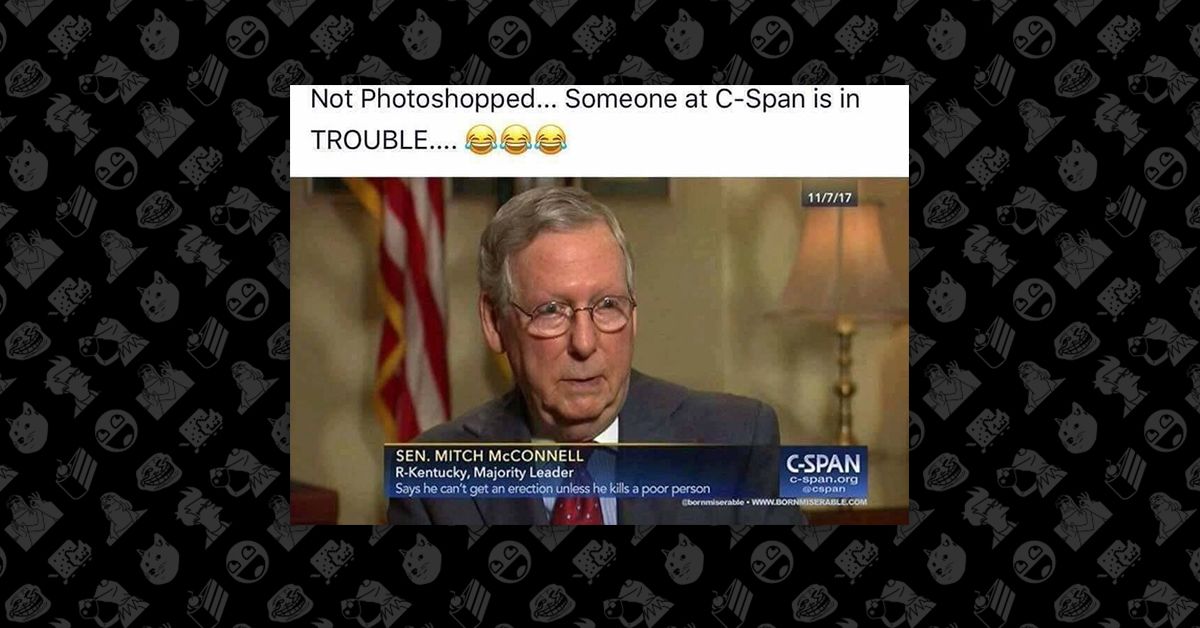 In December 2017, an image purportedly showing a C-SPAN caption containing a crude insult aimed at Sen. Mitch McConnell (R-Kentucky) appeared on social media and was subsequently widely shared along with the claim that the screenshot was "not Photoshopped": Despite the fact that the phrase "fake news" had become nearly ubiquitous in American politics in 2017, that a random person put up an image that was clearly digitally altered with the description "not Photoshopped" was sufficient evidence for many people to believe that it was indeed real, perhaps the work of a disgruntled employee.

This image was created by Twitter user @bornmiserable and tweeted on 3 December 2017. A watermark for this Twitter user's handle and website (bornmiserable.com) is visible at the bottom right corner of the graphic. It's difficult to read in the viral posting, but it was clearly visible in @bornmiserable's original tweet:

This screengrab (minus the caption) was taken from a 7 November 2016 interview with McConnell about potential changes to Senate rules. In addition, @bornmiserable altered the date to make it appear that the video had aired in 2017. Here's a comparison of the doctored image (left) and the genuine video (right):

We also searched C-SPAN's archives to see if this video was rebroadcast on 7 November 2017 along with the offending "caption." It was not.