Did Jeff Sessions Say 'If We Inflict Fear and Pain on Children, Adults Won’t Want to Come Here'?

A quote widely attributed to the Attorney General appeared to stem from a viral video shared by Sen. Jeff Merkley's visit to a detention center. 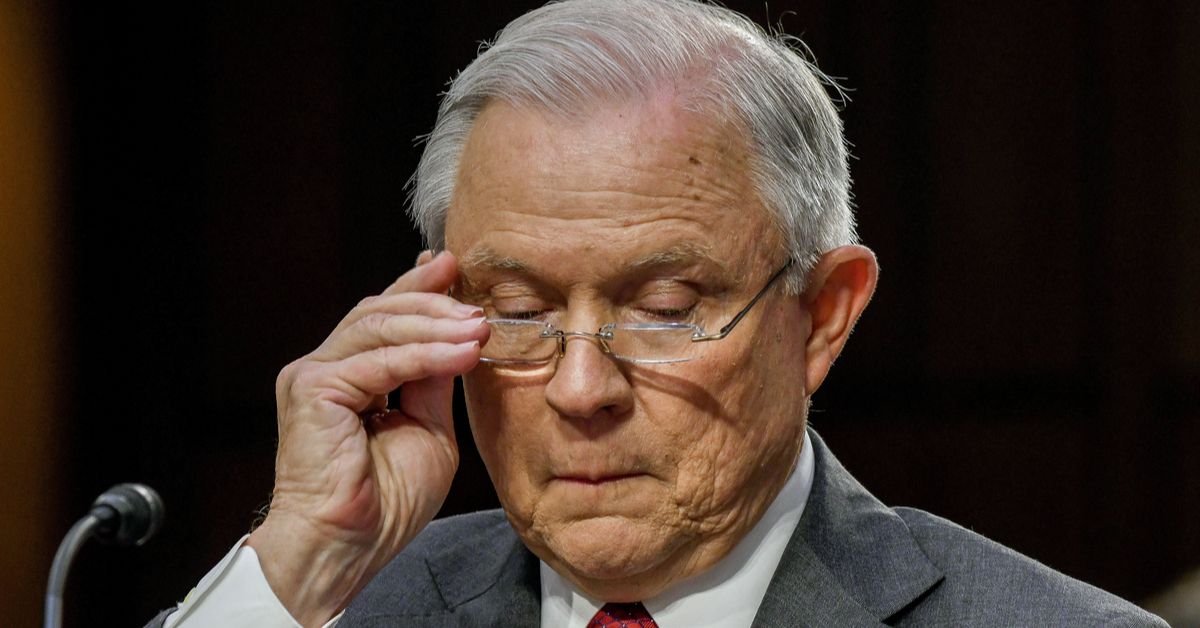 Can you please fact check this? Supposedly, Jeff Sessions said "“If we inflict fear and pain on children, adults won’t want to come here.” I cannot find proof of this. I've read that it was on the news, possibly last Monday. And that it was a live interview, and that this was verbatim.

Did Sessions say that if we inflict pain and fear on children, adults won’t want to come here?

Is this accurate? “If we inflict fear and pain on children, adults won’t want to come here.”
Attorney General
Jeff Beauregard Sessions

The questions were not accompanied by any links, images, or other information about the origin of the quote. One Facebook post with a few thousand shares included the same wording attributed to Sessions, but again without any corroboration: News items about Sessions' comments on border policy often included a statement he made at a gathering for the Association of State Criminal Investigative Agencies in Arizona on 7 May 2018:

So, if you cross the border unlawfully, even a first offense, we're going to prosecute you....

If you're smuggling a child, we're going to prosecute you, and that child will be separated from you, probably, as required by law. If you don't want your child to be separated, then don't bring them across the border illegally.

In other articles, Sessions was quoted as saying on the same date:

If you are smuggling a child, then we will prosecute you and that child will be separated from you as required by law ... If you don’t like that, then don’t smuggle children over our border.

We don’t want to separate families, but we don’t want families to enter the border illegally[.] We urge them not to do so.

On 5 June 2018, CBS News covered an interview Sessions provided to radio host Hugh Hewitt. During the broadcast, Hewitt asked Sessions if it was "absolutely necessary... to separate parents from children when they are detained or apprehended at the border." Several responses from Sessions were included in the article:

[T]he United States can't be a total guarantor that every parent who comes to the country unlawfully with a child is guaranteed that they won't be, is guaranteed that they will be able to have their hand on that child the entire time. That's just not the way it works ... I don't think it's a moral right, Hugh. ... If you come to the country, you should come through, first, through the port of entry and make a claim of asylum if you think you have a legitimate asylum claim. You shouldn't try to get across the border at some desert site, some remote site unlawfully and expect not to be promptly deported. We've caught, over the years, millions of people, and they've been promptly deported. They don't get trial in federal court.

CBS also reported that Sessions said while it is not the Trump administration's goal to separate children and families, "he stated that 'it's legitimate to warn people' that coming to the United States illegally may result in split families." Sessions' 7 May 2018 remarks continued appearing in news items more than a month later.

On 3 June 2018, Oregon Senator Jeff Merkley visited a detention center in Brownsville, Texas and streamed it to Facebook:

I’m at an immigration detention center where children who have been separated from their families are being held. Trying to get inside to get answers. Follow live >>> https://t.co/CXDjYAFIcB #FamiliesBelongTogether #KeepFamiliesTogether

The reason, the administration says, that they’re tearing these children away from their parents is not to treat them graciously, not to protect them, but instead to assault and inflict hurt. And their argument is that, by inflicting hurt, they might be therefore discouraged from coming to the US to seek asylum in the first place.

Sen. Merkley also issued a press release saying that the "Trump administration’s vicious, heartless family separation policy must be stopped," and that "Americans should be outraged by the fact that our taxpayer dollars are being used to inflict spiteful and traumatizing policies on innocent children." During an interview with The Nation on 6 June 2018, Merkley reiterated his remarks: