Did a Dog Escape an Alligator Pit?

This video showcases a dog's, er, barkour skills, but it wasn't escaping an alligator pit. 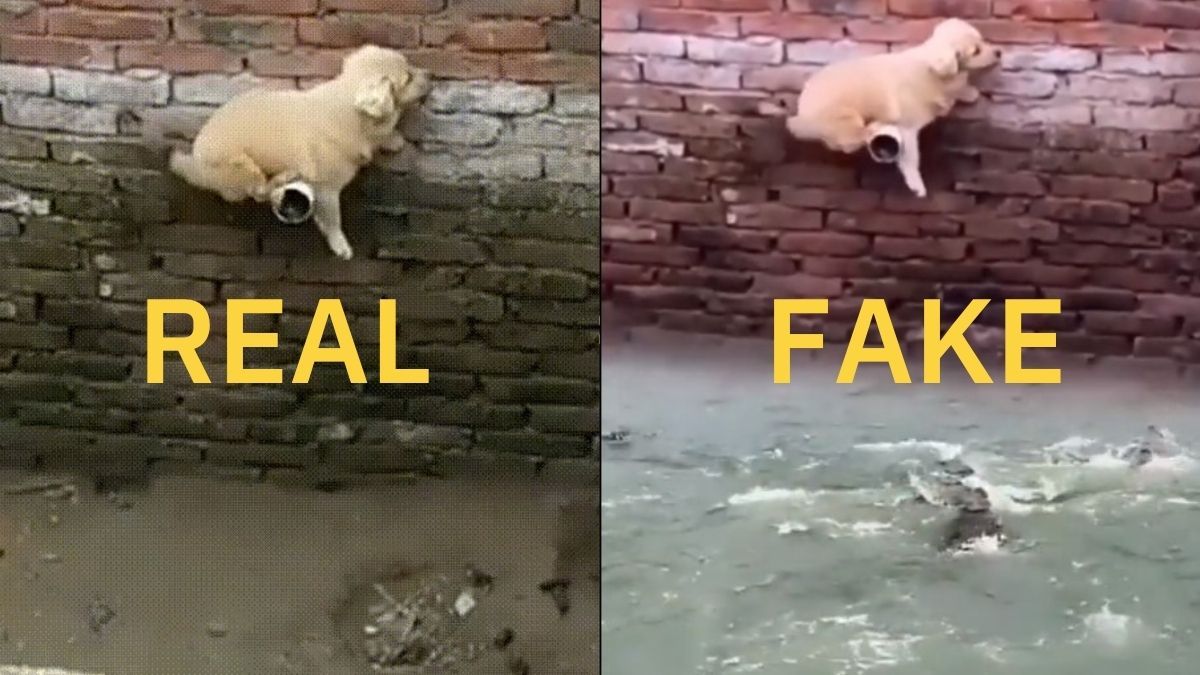 In January 2022, a video supposedly showing a puppy dog narrowly escaping from an alligator pit went viral on social media:

This video has been circulating online for several months. One iteration posted to TikTok has amassed more than 900,000 views. A posting of this video to the YouTube channel "MineClip" in September 2021 has racked up more than 36 million views. While this clip is undoubtedly popular, it's also undoubtedly fake.

This video was created by combining two separate pieces of footage. The first showed a puppy attempting to climb out of a dry well, and the second featured a group of alligators.

The footage of the puppy has been online since at least 2018. While we haven't been able to find too many specifics about this footage (such as where it was filmed), we can say for certain that the original video did not feature a pit of alligators.

Footage of alligators, crocodiles, or some other reptile was later edited into this clip. If you watch the viral video again, pay attention to the water line on the wall. Not only does this line move erratically up and down the wall, but you can also see reptiles appearing and disappearing seemingly out of nowhere.