Did DHS Secretly Watermark Ballots in an Election Fraud Sting Against Dems?

Discussing election mechanics is easier when you actually know how elections work. 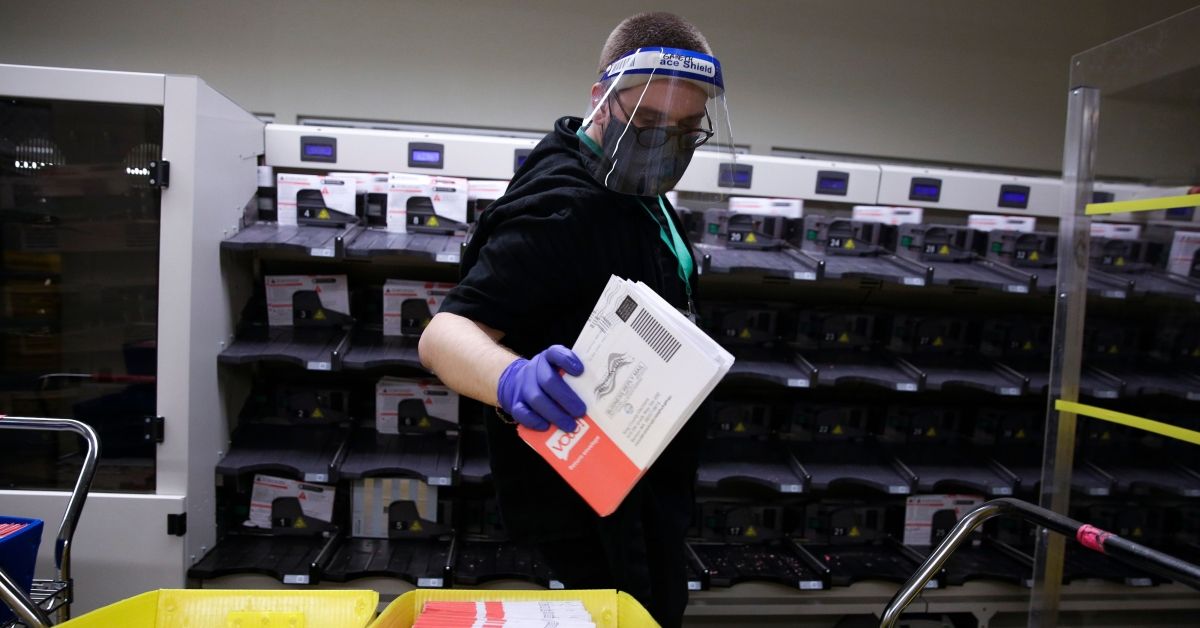 Claim:
The U.S. Department of Homeland Security orchestrated a sting against Democrats by adding a secret watermark to prove their participation in election fraud.
Rating:

In the uncertain days following the 2020 U.S. presidential election, a fantasy pushed by QAnon personalities and die-hard supporters of U.S. President Donald Trump went viral. In broad brushstrokes, the idea was that Democrats would soon be exposed in a massive voter-fraud sting operation orchestrated by the Department of Homeland Security (DHS). The basic premise is that Democrats, in an effort to steal the election in favor of their party's nominee, Joe Biden, printed extra ballots. But, the claim goes, Trump's DHS anticipated this and added a secret watermark to the ballots, making it easy to identify the fraudulent ballots.

"The DEMS fell right into the trap of this sting operation and President Trump has it all," a viral bit of Facebook copypasta asserted. "Fraud will be exposed for the world to see."

As with most conspiracy theories, there are myriad variations on this broad claim, each with its own purported evidence. These variations, both tedious and irrelevant, generally concern the type of watermark used, and the presence or absence of some sort of blockchain-based security. Going into each of these different claims is unnecessary, as all versions of the claim hold that the ruse was possible because the federal government controls the production of ballots. This is, emphatically, not the case.

In fact, this is left up to the states, each of which has its own regulations to follow. Practically speaking, most elections are administered at the county level, where they are run either by a board of electors, an election official or officials, or both. This means there are, according to the National Conference of State Legislatures, more than more than 10,000 unique election administration jurisdictions in the U.S., each of which with their own balloting procedures. The large conspiracy alleged here would necessarily involve infiltrating thousands of different election boards or jurisdictions.

The federal government is not responsible for printing or auditing the ballots, either. In most cases, private companies contracted by those local election boards to do the printing. DHS has explicitly stated this in response to these rumors:

While DHS and CISA assist states and localities with securing election infrastructure, DHS and CISA [Cybersecurity and Infrastructure Security Agency] do not design, print, or audit ballots. State and local election officials manage ballot design and printing, as well as the auditing of results.

Local election offices have security and detection measures in place that make it highly difficult to commit fraud through counterfeit ballots. While the specific measures vary, in accordance with state and local election laws and practices, ballot security measures can include signature matching, information checks, barcodes, watermarks, and precise paper weights.

As such, DHS does not control "official ballot production," nor does any central federal authority have that power. Therefore the central premise behind this QAnon fantasy and its claim of secretly watermarked ballots suffers from a profound ignorance of how American presidential elections actually work. For these reasons, the claim is false.