Did a Demon Appear at Biden's Speech?

Demons aren't the only items that can be cloaked. 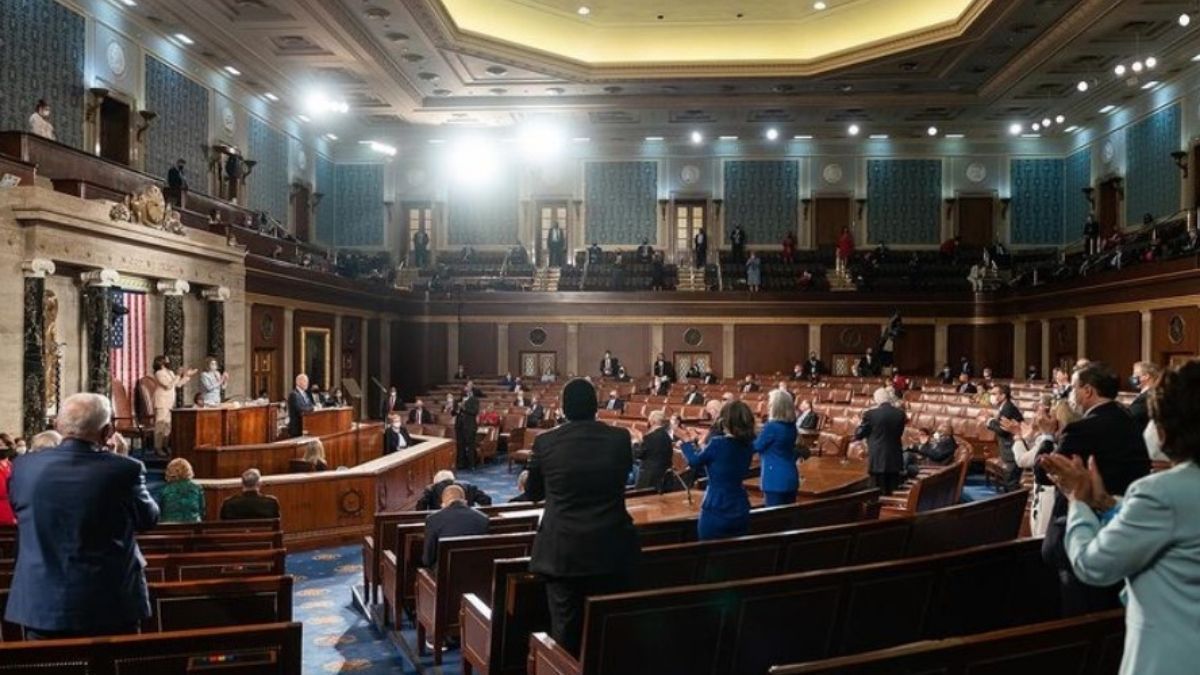 Claim:
A photograph shows a demon standing in the back of the room during President Joe Biden's 2021 joint address to Congress.
Rating:

On April 29, 2021, U.S. President Joe Biden delivered his first speech before a joint session of Congress. In the days that followed, an image started to circulate online that supposedly showed a "demon" standing in the back of the room during the speech.

But then... hold on! Is that a grim reaper looking figure in the back or a demon from the depths of hell? Ok, I guess it makes sense that those types would be invited to an event like this. After all, Satan does need to watch over his Spawn. This is a genuine image from Biden's speech, but the object cloaked in black here is not a demon the Grim Reaper, or Satan. This "suspicious" object is really just a camera.

While this object may look like some sort of cloaked figure when looking at a blurry image, other vantage points clearly show that this is a camera. We cropped a photograph from Getty Images and zoomed in on this object to give readers a clearer picture of this camera: The set up of Biden's first joint address to Congress was a bit unusual due to the various COVID-19 regulations.

For instance, the number of people who could attend the event was limited (there were only about 200 guests in the 1,600-person-capacity House chamber), and everyone was required to wear a mask. While these changes impacted the audience size, the speech was filmed, generally speaking, in the same fashion as previous speeches. In fact, a similar camera can be seen in previous speeches delivered by former presidents Donald Trump and Barack Obama.