Did Democrats Fail To Wear Masks at John Lewis' Funeral?

This photograph actually predates the COVID-19 pandemic by about five years. 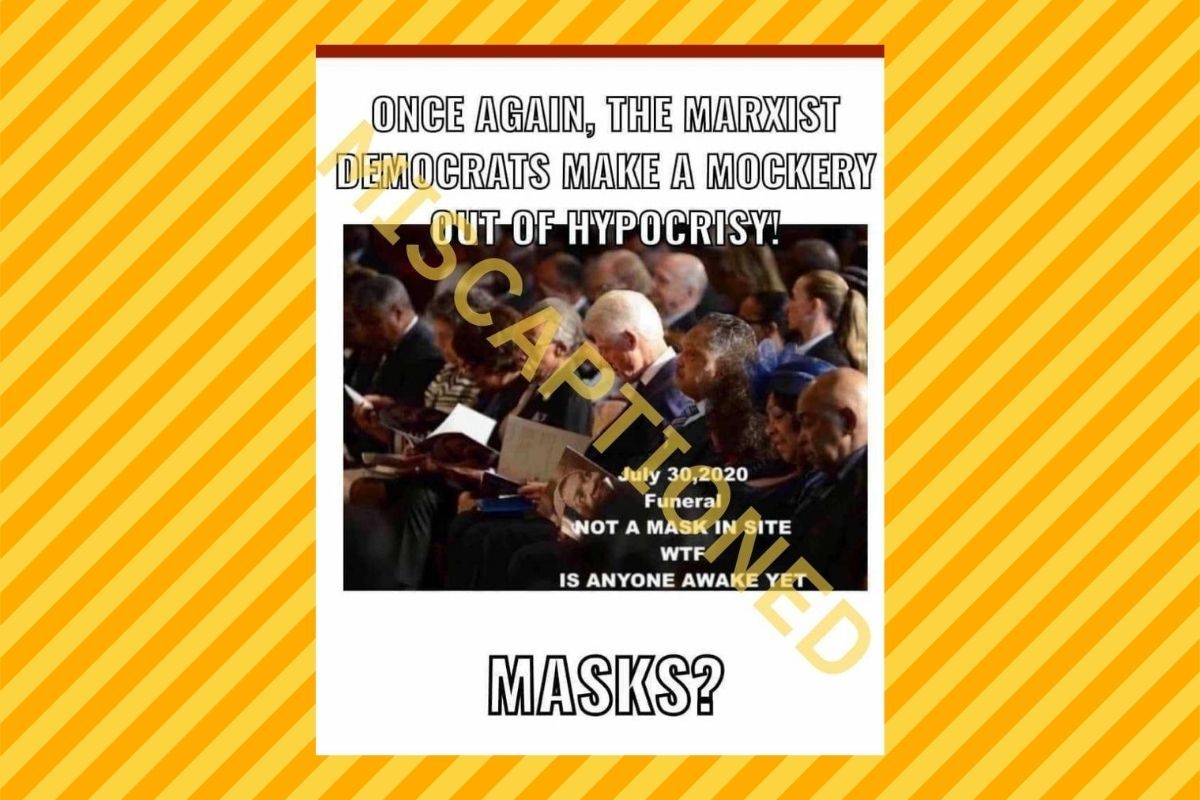 In July 2020, a few days after the funeral services for John Lewis, a Georgia congressman and civil rights leader, a photograph started to circulate on social media that supposedly showed various maskless Democrats at the service. The photograph was accompanied by a piece of text that labeled Democrats hypocrites, arguing that while they have urged Americans to wear masks to slow the spread of the COVID-19 coronavirus disease, they have failed to do so themselves: However, this photograph was not taken during Lewis' funeral on July 30, 2020, but was taken in 2015. Masks were not commonplace (or necessary) in the United States in 2015, which predated the COVID-19 pandemic by about five years.

This photograph was taken in September 2015 at the funeral of Helen Burns Jackson, the mother of Rev. Jesse Jackson, at the Springfield Baptist Church in Greenville, South Carolina. This photographer was Heidi Heilbrunn of the Greenville News, and the picture is available with the following caption:

As for Lewis' funeral, masks were widely used. Videos and photographs of the event show just about everyone in the audience wearing a mask inside the sparsely packed church (the funeral was "invite only" to limit crowd size). For example, here's a photograph (by Alyssa Pointer-Pool from Getty Images) that was truly taken at Lewis' funeral: While speakers at the funeral removed masks to deliver their remarks, they typically put the masks back on shortly after they stepped away from the podium. Former U.S. President Barack Obama, for instance, wore a mask as he approached the podium, removed his face covering to deliver his eulogy, and then put his mask on when he finished his remarks. The following video includes various crowd shots. As far as we can tell, just about everyone wore a mask: