"Investment is squandered when higher education is placed out of reach, and it is a huge disservice to students and all New Yorkers." 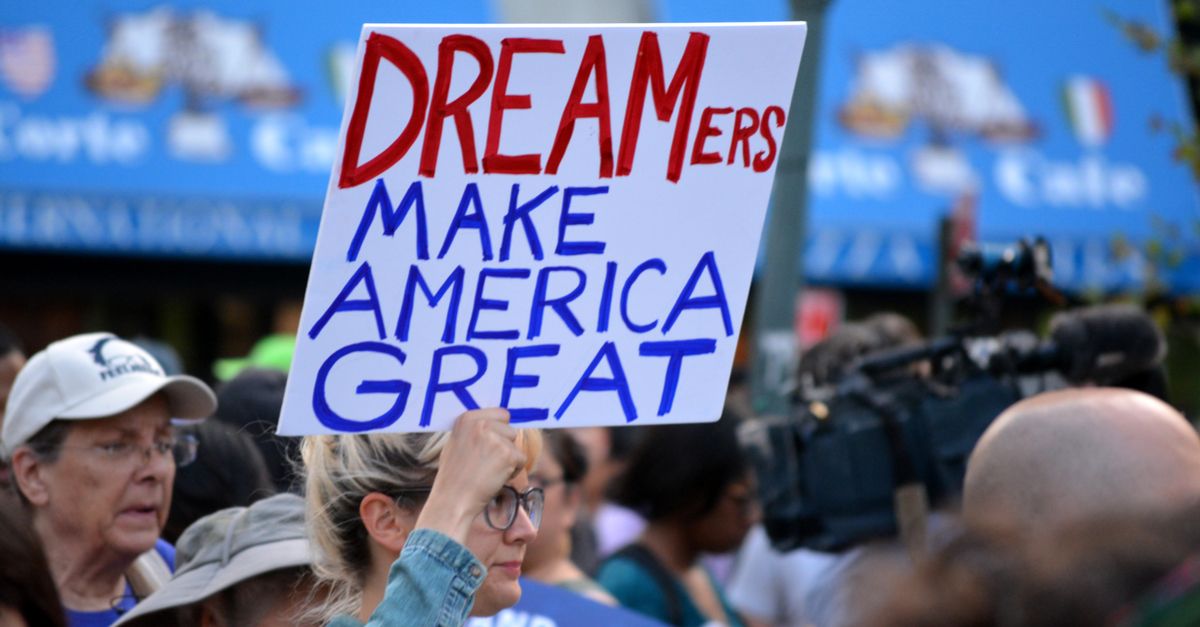 The law applies to New York state only, not the U.S. as a whole.

On 31 January 2019, junk news site Neon Nettle published an article under the headline that "Democrats Pass Bill to Fund College for Illegal Immigrants with Taxpayer Money." Although the article contained a sub-headline that specified the law only applied in New York, some readers were left with the wrong impression after only viewing only the main headline:

Hey AMERICA #Democrats Pass Bill to Fund #College for #Illegal Immigrants with Taxpayer Money- I ask where is the funding for American's?https://t.co/FkpwtiEdMB
Via - @NeonNettle#NeonNettle

It was indeed a New York state bill that made tuition assistance available to undocumented high school students in that state alone. The effort followed Democrats' winning a majority of seats in the New York legislature in the 2018 midterm elections, giving that party control of the governor's office and both chambers of the legislature for the first time in a decade.

Those lawmakers approved the state's own version of the DREAM (Development, Relief, and Education for Alien Minors) Act in a vote that followed party lines. Although the name of the New York law echoes a federal bill that has languished in the U.S. Congress in one version or another since 2001, New York's DREAM Act doesn't provide a path to citizenship. Instead, it allows undocumented high school students to qualify for in-state, college-tuition assistance to public universities and community colleges, providing them "access [to] the same in-state scholarships and financial aid available to U.S. citizens":

Assembly Speaker Carl Heastie and Assemblymember Carmen De La Rosa announced that the Assembly will pass the Jose Peralta New York State DREAM Act to ensure immigrant children are able to access higher education in order to fully participate in the state's economy. The bill was renamed this year in memory of the late Senator Jose Peralta, who was a passionate champion of the DREAM Act and a tireless advocate for all immigrants.

"The Assembly Majority believes in breaking down barriers, not creating them," said Speaker Heastie. "We know higher education is the key to ending the cycle of poverty and enabling families to thrive. We have repeatedly passed the DREAM Act because we know it is economically misguided and morally unjust to deprive students educated in our very own public schools of the tools they need to be successful."

"For the vast majority of students, the pursuit of higher education would be impossible without access to financial aid," said Assemblymember Deborah J. Glick, chair of the Higher Education Committee. "Our public primary and secondary schools are required by law to educate our children and prepare them for college, regardless of residence or immigration status. That investment is squandered when higher education is placed out of reach, and it is a huge disservice to students and all New Yorkers."

In order to qualify for assistance, undocumented students must meet the following requirements:

New York joined two other states who recently enacted similar legislation that allows undocumented students to qualify for financial aid. In 2017 and 2018 respectively, California and New Jersey launched their own in-state versions of the DREAM Act. In May 2018. NJ.com reports:

College students who are unauthorized immigrants in the state are already allowed to pay for their Garden State college classes at in-state rates. Former Gov. Chris Christie, a Republican, gave thousands of students who grew up in New Jersey but are in the country illegally that ability in 2013.

Now, Gov. Phil Murphy, a Democrat, took the measure a step further when he signed a bill into law Wednesday that would let some of those students be eligible for financial aid -- something Christie refused to go along with.