Do Sens. Warren, Booker, Harris and Sanders Pass Fewer Bills Than Other Senators? 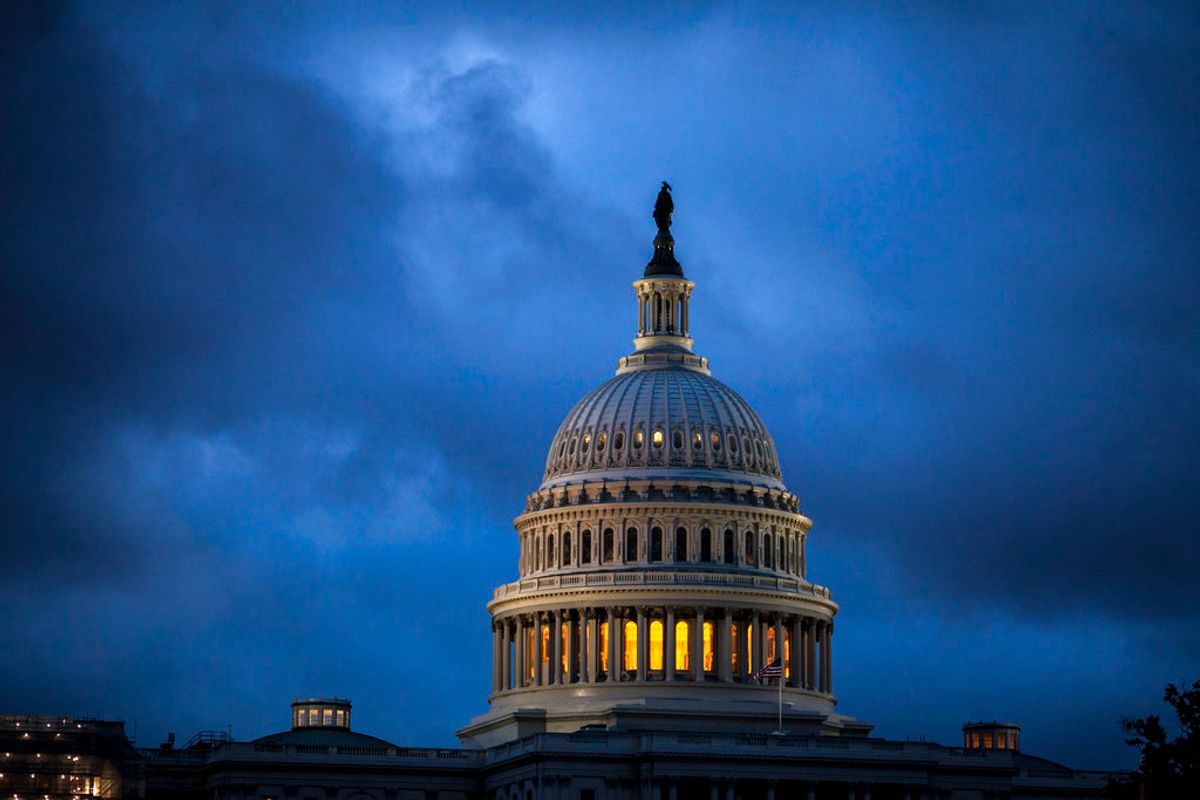 Only a fraction of the proposed bills sponsored by Senators Elizabeth Warren (D-MA), Cory Booker (D-NJ), Kamala Harris (D-CA), and Bernie Sanders ( D-VT) have been passed by Congress.

This phenomenon is not unique to these four senators (as only a very small fraction of all proposed legislation ends up being passed), and the statistics included in the meme are outdated.

A text meme supposedly showcasing the legislative records of various 2020 Democratic presidential candidates -- Elizabeth Warren (MA), Cory Booker (NJ), Kamala Harris (CA), and Bernie Sanders (VT) -- circulated on social media in March 2019 along with comments about how these lawmakers were ineffective at their jobs for their failure to pass more than a scant handful of bills: In all her years in congress Elizabeth Warren has introduced 110 bills. 2 passed.

Bernie Sanders is truly special. He never held a job until he was finally elected mayor at age 53.

He lived off of welfare and four different women, had a child out-of-wedlock with one and the three marriages did not work out.

In all his years in the Senate, he has introduced 364 bills. 3 passed. Two of those were to name post offices.

The meme's text was taken from a much lengthier post that was shared in a March 2019 newsletter from Carl Paladino, a former Republican candidate for governor in New York who once said he'd like to see First Lady Michelle Obama "return to being a male and let loose in the outback of Zimbabwe where she lives comfortably in a cave with Maxie, the gorilla.”

In general, the meme used cherry-picked figures and omitted some crucial context concerning the legislative process in order to paint the referenced politicians in a negative light. For instance, while the meme focused on the supposed bill-passing ineffectiveness of these Democratic politicians, its text contains no comparative information about how their numbers stack up against those of other senators. Also, by the time the newsletter it upon from was published, the included statistics were already outdated.

Let's start with the meme's central claim about bill passage. Each year, only a small fraction of proposed Congressional bills are voted upon and passed -- a mere 443 bills were enacted out of the 13,556 pieces of legislation proposed during the 115th congress. That's an 4 percent success over success rate for the entire U.S. Congress, so the statistics offered in the meme aren't nearly as egregiously bad as it suggests they are. Also, the meme only included "sponsored" legislation, although lawmakers more commonly co-sponsor bills with other lawmakers.

The statistics in the meme were also a bit misleading because they didn't factor in the impact of failed legislation on future laws. While one bill may not pass, many of its provisions may find its way into a later bill.

When GovTrack.us compiles the legislative record of politicians, they consider an "enacted" piece of legislation as a bill that meets the following requirements:

We consider a bill enacted if one of the following is true: a) it is enacted itself, b) it has a companion bill in the other chamber (as identified by Congress) which was enacted, or c) if at least about half of its provisions were incorporated into bills that were enacted (as determined by an automated text analysis, applicable beginning with bills in the 110th Congress).

When you count "enacted" legislation, here's how these politicians stack up:

Bernie Sanders was the primary sponsor of seven bills that were enacted:

Cory Booker was the primary sponsor of six bills that were enacted:

Elizabeth Warren was the primary sponsor of seven bills that were enacted:

Kamala Harris was the primary sponsor of four bills that were enacted:

We compiled a few more statistics in order to more accurately show the legislative record of these senators. Before we get to those numbers, we should note that the meme used the term "passed," which is a bit vague and appears to refer to bills that passed the Senate and not necessarily to bills that became law.

Number of Introduced Bills Passed by One Chamber

Here are the statistics for the referenced politicians when you consider legislation that they have co-sponsored:

Finally, much of the meme covers Senator Bernie Sanders' personal life. We debunked a number of those claims in a previous article, so we won't repeat them here.

In summary, the stats used in this meme are outdated, cherry-picked, and presented without proper context. When one considers that the vast majority of legislation proposed by all lawmakers ends up on the chamber-room floor, the meme's statistics appear far less shocking than presented. In other words, while none of these lawmakers has successfully sponsored many bills, that says more about Congress as an institution than about these individual lawmakers themselves.