Day of the Dead Drone Art?

An image supposedly showed a work of Day of the Dead sky art consisting of drones shaped like a sombrero-wearing skull. 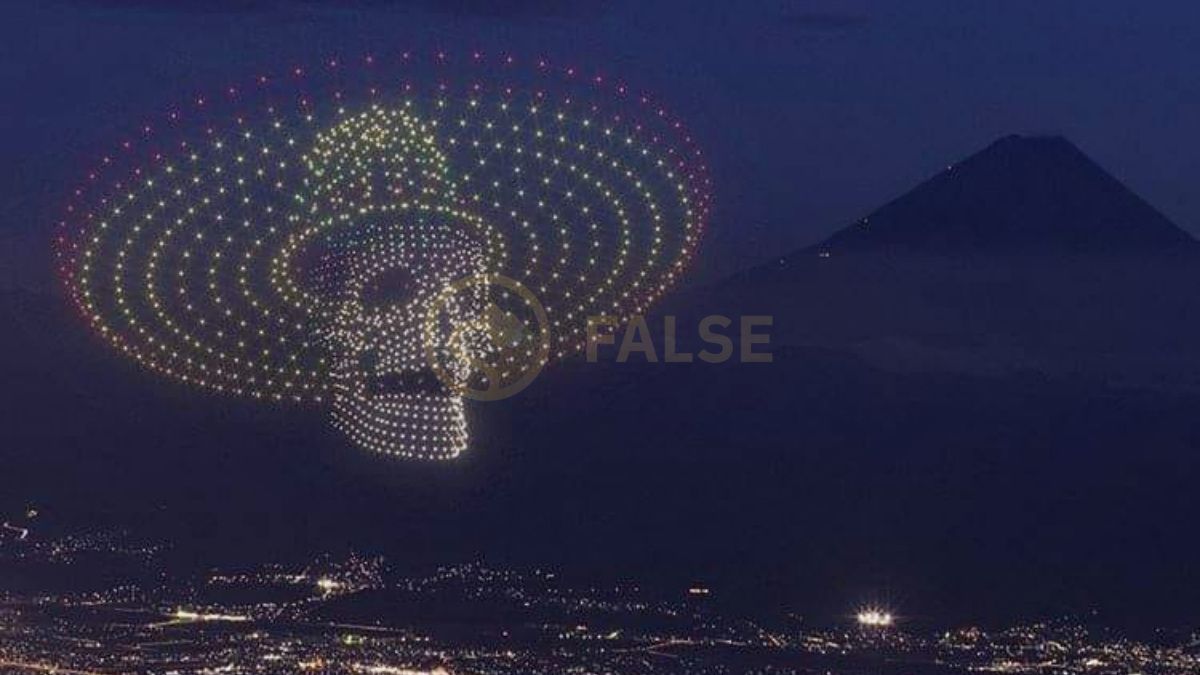 Claim:
An image shows a work of Day of the Dead sky art made with drones.
Rating:

In November 2021, as people celebrated Día de los Muertos, or the Day of the Dead, an annual celebration that originated in Mexico as a way to honor the lives of loved ones who had died, an image started circulating on social media. And it supposedly showed a choreographed group of drones forming the shape of a skull in a sombrero in the night sky over Mexico City: This is not a genuine image of physical drones flying over Mexico City but a work of digital art.

It has been circulating online for at least a year. While we have not been able to identify the source of this image, we can say that this is a piece of digital art, not a physical drone display.

The biggest indication is that the mountain in the background is located in Japan. This digital Day of the Dead drone art was created by altering an image of Mt. Fuji. The background for this digital artwork appears to come from a photograph that was taken by Flickr user Koshi Chiba in 2014 from a neighboring range called Amaryama.