Gun Ownership and Homicides in Honduras vs. Switzerland

A contrast of radically different gun laws and homicide rates in Honduras and Switzerland is based on flawed premises. 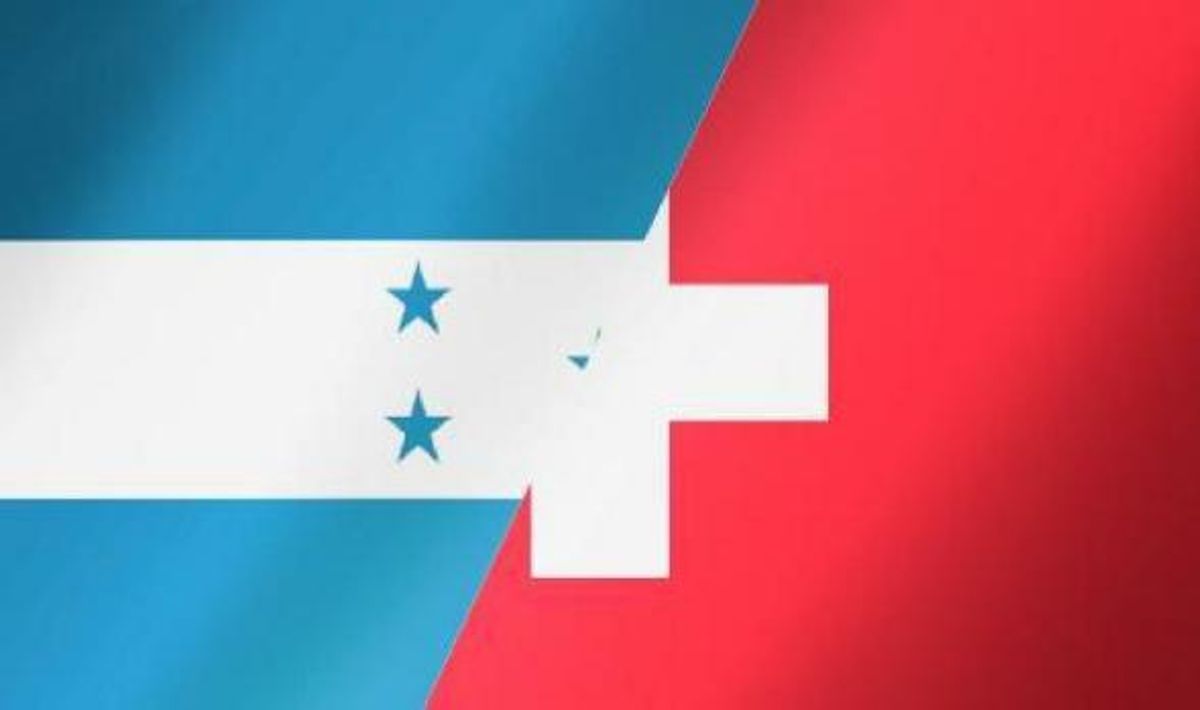 Every mass shooting event in the United States prompts renewed debate about the efficacy of gun control regulations, and the 1 October 2015 shooting at Umpqua Community College in Oregon that left nine people dead on was no exception. Such debates typically feature each side presenting charts contrasting violent crime and homicide rates in countries with permissive and restrictive gun ownership laws to make the case that the prevalence of guns corresponds to either higher or lower crime rates. Honduras and Switzerland are roughly equivalent in population (a little of upwards of 8 million people each), but other than that, they aren't the least bit similar in geography, economics, or culture. Switzerland is a small, landlocked country in western Europe surrounded by three of the most affluent countries in the world (Germany, France, and Italy) in terms of gross domestic product (GDP), and even though Switzerland itself is fairly small in population (96th in the world) and size (134th in the world), it ranks in the top 20 in terms of GDP. On the other hand, Honduras is a Central American country that is nearly three times the size of Switzerland and possesses coasts along both the Pacific Ocean and the Caribbean sea, but is a "lower middle-income country with persistent poverty and inequality challenges,"with a GDP only about 2.5% that of Switzerland and three neighbors (Nicaragua, El Salvador, Guatemala) that share similar economic conditions. Not to mention that Honduras is right in the path of the flow of drugs shipped by sea and air from Colombia and has therefore been ravaged by the drug war and its attendant factors of massive criminal organizations, violence, and governmental instability.

Additionally, it is not true that Honduras "bans citizens from owning guns" nor that Switzerland "requires citizens to own guns." Honduras enacted a ban on open and concealed carry in 2007, but a 2012 news report stated that "under the existing law, citizens are allowed to own as many as five personal firearms," and in mid-2014 Guns & Ammo rated Honduras as one of the "10 Best Countries for Gun Owners," saying that "Hondurans may purchase most popular types of shotguns, handguns or rifles for the recognized purposes of self-defense and recreation." While Switzerland ranks fourth among all countries in gun ownership per capita (much higher than Honduras), they do not "require" all their citizens to own guns. Switzerland has a long history of mandatory military service for all able-bodied male citizens. The government issues firearms to conscripted men which, after training, they take home with them and keep until the conclusion of their military obligation (about age 34 for non-officers), but no other citizens are "required" to own guns:

Switzerland trails behind only the U.S, Yemen and Serbia in the number of guns per capita; between 2.3 million and 4.5 million military and private firearms are estimated to be in circulation in a country of only 8 million people. Yet, despite the prevalence of guns, the violent-crime rate is low: government figures show about 0.5 gun homicides per 100,000 inhabitants in 2010. By comparison, the U.S rate in the same year was about 5 firearm killings per 100,000 people, according to a 2011 U.N. report.

Unlike some other heavily armed nations, Switzerland’s gun ownership is deeply rooted in a sense of patriotic duty and national identity. Weapons are kept at home because of the long-held belief that enemies could invade tiny Switzerland quickly, so every soldier had to be able to fight his way to his regiment's assembly point. (Switzerland was at risk of being invaded by Germany during World War II but was spared, historians say, because every Swiss man was armed and trained to shoot.)

The "gun in every closet" tradition was challenged in 2001, after a disgruntled citizen opened fire with his army rifle inside a regional parliament, killing 14 and injuring 14 others. The subsequent opposition to widespread gun ownership spearheaded a push for stricter arms legislation. The government and pro-gun groups argued, however, that the country's existing laws regulating the sale, ownership and licensing of private guns, which includes a ban on carrying concealed weapons, are stringent enough. The law allows citizens or legal residents over the age of 18, who have obtained a permit from the government and who have no criminal record or history of mental illness, to buy up to three weapons from an authorized dealer, with the exception of automatic firearms and selective fire weapons, which are banned. Semiautomatics, which have caused havoc in the U.S., can be legally purchased.

The authorities made one concession, though: since 2008, all military — but not private — ammunition must be stored in central arsenals rather than in soldiers’ homes. The debate culminated in a nationwide referendum, when 56% of voters rejected the proposal initiated by anti-gun organizations to ban army rifles from homes altogether.

An acquisition license is required primarily for handguns. Rifles and semiautomatic long arms that are customarily used by recreational hunters are exempt from the licensing requirement,whereas fully automatic guns are banned. An applicant for a weapons license must be at least eighteen years of age, may not have been placed under guardianship, may not give cause for suspicion that he would endanger himself or others with the weapon, and may not have a criminal record with a conviction for a violent crime or of several convictions for nonviolent crimes. The license is issued by the canton of residence of the applicant but is valid throughout Switzerland.

All in all, this meme compares two countries that aren't the least bit similar, then gets wrong nearly all the aspects of those countries it references. As such, it isn't the least bit useful or instructive as a discussion point for debates over gun ownership laws.