Do Danish Parents Let Their Babies Nap Alone Outside?

A reminder that cultural norms vary from country to country. 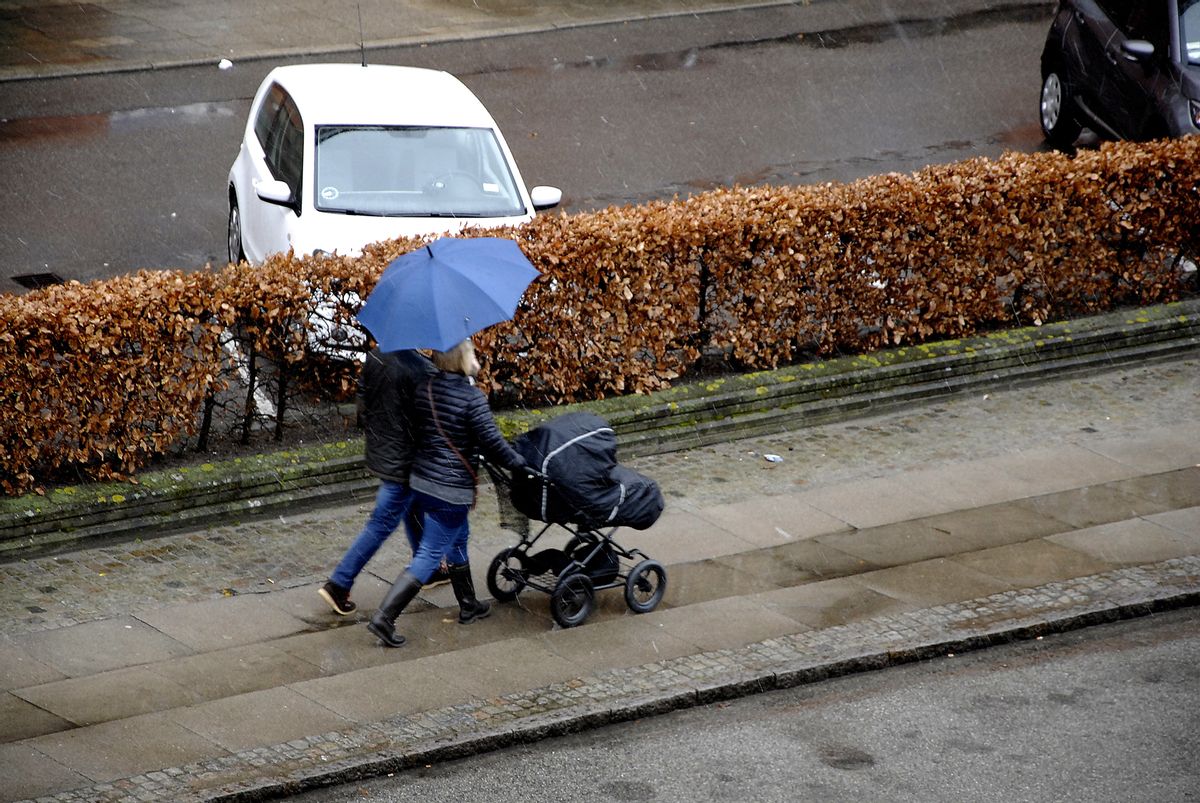 The practice of setting babies outdoors in strollers to nap is common in Scandinavia.

A September 2022 TikTok video went viral, likely because it discussed a major difference in cultural norms that took many American parents aback. The video, posted by Annie Samples, who lives in Denmark, has, as of this writing, been viewed nearly 16 million times.

In the video, Samples talked about the Danish parenting practice of setting babies outside in strollers to nap, while parents go about their business:

Samples said in the video that the reasoning for it is that letting babies nap outdoors provides health benefits, such that "it's even recommended by our midwives and nurses." She went on to say that Danish people believe the fresh air is good for their babies health and sleep quality, and that children sleep outside in all sorts of weather. Babies are dressed warmly to guard them against the cold weather typical of winters in Scandinavia.

"It's common to leave your baby napping outside while you go shopping or sit in a cafe," Samples said. "Parents always keep a close eye or have a baby monitor in the stroller."

It's true that Danish parents, as well as parents in other northern, cold-climate countries, have a practice of allowing their babies to nap outside in strollers while they go about their business. The BBC reported about it in 2013, but used parents in Sweden as examples. The practice is also in play in Russia.

The comments on the video made it clear that the concept of letting babies nap outside was foreign to many, or perhaps not even possible.

"We live in NYC," one person wrote. "can't even leave a bag of chips outside."

Another person noted that "we'd go to jail if we did this."

Samples is American and has been living in Denmark for just over three years, according to her TikTok page. She told BuzzFeed in an interview that she lets her youngest of four children nap outdoors in Denmark. But having lived in the U.S., she acknowledges it wouldn't have been possible there.

"There are plenty of threats, but I think one of the biggest ones is someone calling the authorities on you," Samples told BuzzFeed.

She emphasized that Denmark has a social safety net that ensures the safety of outdoor-napping children.

"I do wish I had mentioned that another result of our healthcare system [in Denmark], social services, and tight knit communities is that there are endless checks and balances in place to ensure the welfare and safety of children all over the country," Samples told BuzzFeed.

The BBC article on the practice reported that actual health benefits for babies napping outside are not well documented:

"In some studies they found pre-schoolers who spent many hours outside generally - not just for naps - took fewer days off than those who spent most of their time indoors," she says.

"In other studies there wasn't a difference."

In the interview with BuzzFeed, Samples acknowledged that she didn't know if her baby slept better outside, but the benefits of the practice did help her family:

Some benefits of outdoor sleeping are supposedly that the baby will sleep more deeply — the fresh air is good for their health and immune system — but what my visiting nurse emphasized most to me is that it would help with my stress levels and help the family function better, which I agree with. I am not sure if my baby sleeps better outside or inside, but I am glad she's getting the fresh air, and the ability to just wheel her around wherever we need to go while she gets her naps in has been a huge benefit to my whole family. With my other three kids in the US, we were often trapped at home for hours at a time during their naps where we had to try to stay quiet in order to keep them asleep, and we really enjoy the freedom of not having to do that anymore

Emanuel, Daniella. “This Woman Leaves Her Baby To Sleep Alone Outside In Public — But In Her Country, It’s The Norm.” BuzzFeed, 30 Sept. 2022, https://www.buzzfeed.com/daniellaemanuel/baby-sleep-alone-outside.