Did a Tentacled Creature Appear in a Tornado?

A photograph snapped during a tornado seemingly shows a Cthulhu-like tentacled figure in the sky. 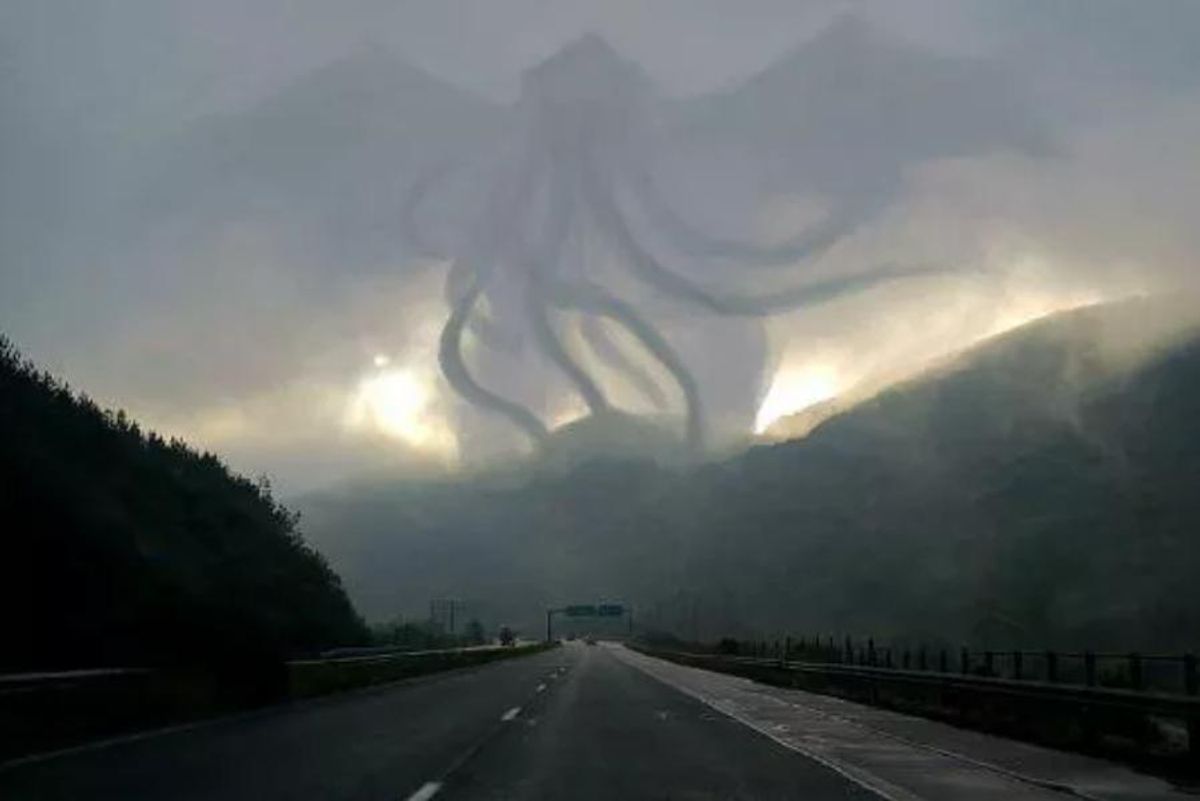 Claim:
A photograph snapped during a tornado shows a Cthulhu-like tentacled figure in the sky.
Rating:

An image of what appears to be a large winged and tentacled figure in the sky above a highway is one of a number of images commonly circulated online after large tornadoes strike somewhere in the U.S. (such as those that hit Oklahoma in ), presented as a "real" photograph of those storms: This image doesn't actually depict a tornado or any other natural phenomenon, however. It's a digital artwork entitled "Cthulhu Rising" that was posted to an Facebook page and the DeviantArt online art gallery by Bulgarian artist Andrey Nazaro back in The artist describes it as depicting "a cosmic horror emerging from the mist" and noted that he found the highway photograph on Google and "painted Cthulhu on top of it."