Was a Crystal Pyramid Discovered in the Bermuda Triangle? 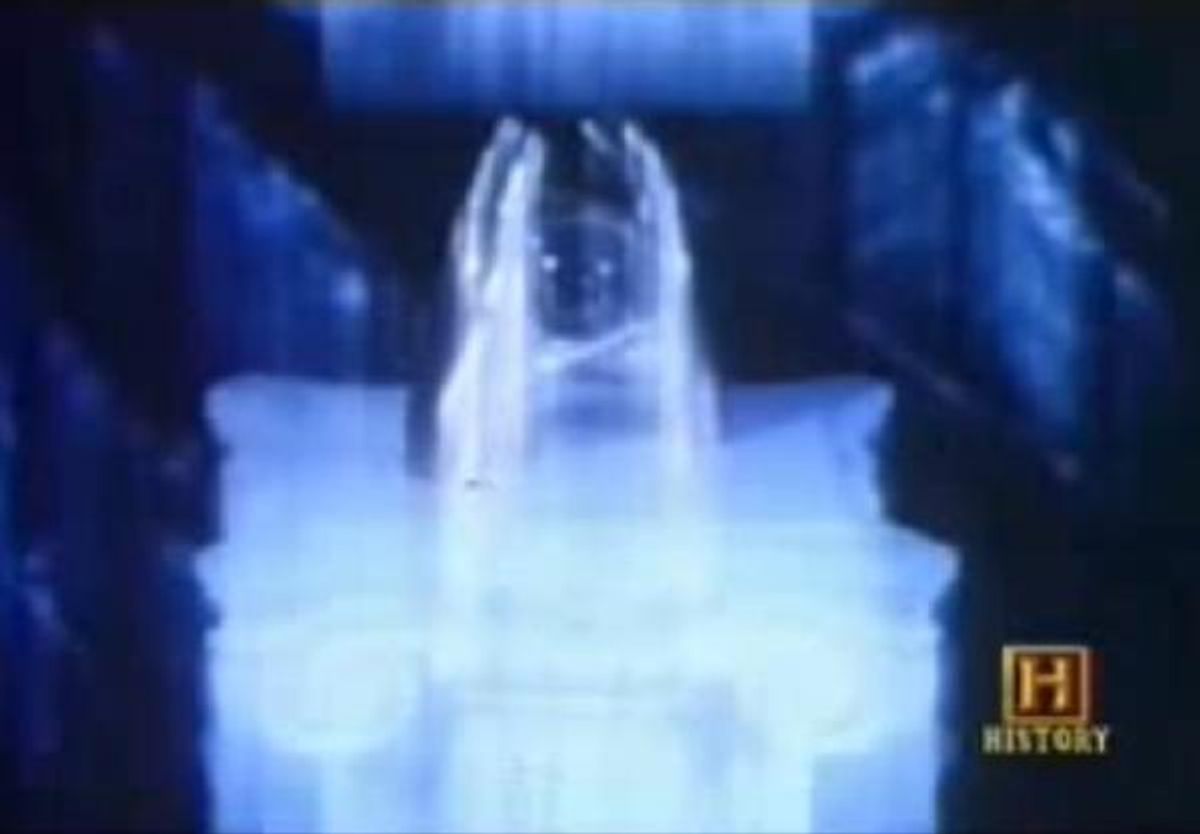 Claim:
Scientists found a crystal pyramid on the ocean's floor beneath the Bermuda Triangle.
Rating:

Tales about the Bermuda Triangle (also known as the Devil's Triangle), a region in the western part of the North Atlantic Ocean where a number of aircraft and ships are claimed to have disappeared under mysterious circumstances, date to the early 1950s. And rumors of a tantalizing crystal pyramid found on ocean's floor go back at least as far as the 1960s, which is when a Dr. Ray Brown claimed he came upon such a structure while scuba diving in the Bahamas, as detailed in this 1980 clip from an In Search of... segment on the Bimini Wall (an underwater rock formation near North Bimini island in the Bahamas):

As frequently seems to happen with such earth-shaking paranormal discoveries, however, "Dr. Brown's photographic equipment was destroyed in the storm," thus making it impossible for anyone else to examine or verify "a detailed record of the find." And after his supposed incredible discovery of a crystal Atlantean pyramid, Dr. Brown never saw fit to return to the site with additional cameras to document it, even though this amazing structure was supposedly found in an area reachable with ordinary scuba diving gear.

Nonetheless, stories about submerged crystal pyramids remain a popular favorite in paranormal circles, as exemplified by a 3 May 2013 Weekly Strange video on the subject:

Despite claims that "in 2012, American and French research teams stumbled upon an underground structure rising from the seabed" a discovery that "rocked scientists around the world," one searches in vain to locate the identities of (or any other information about) these putative "research teams," or evidence of their releasing articles, photographs, videos, or anything else documenting their incredible discovery.

The only mystery here is how scientists around the world could have been "rocked" by something that they've never seen, and which exists only in fabricated paranormal pseudo-documentaries.