Do These Photographs Show the Croatian President in a Bikini? 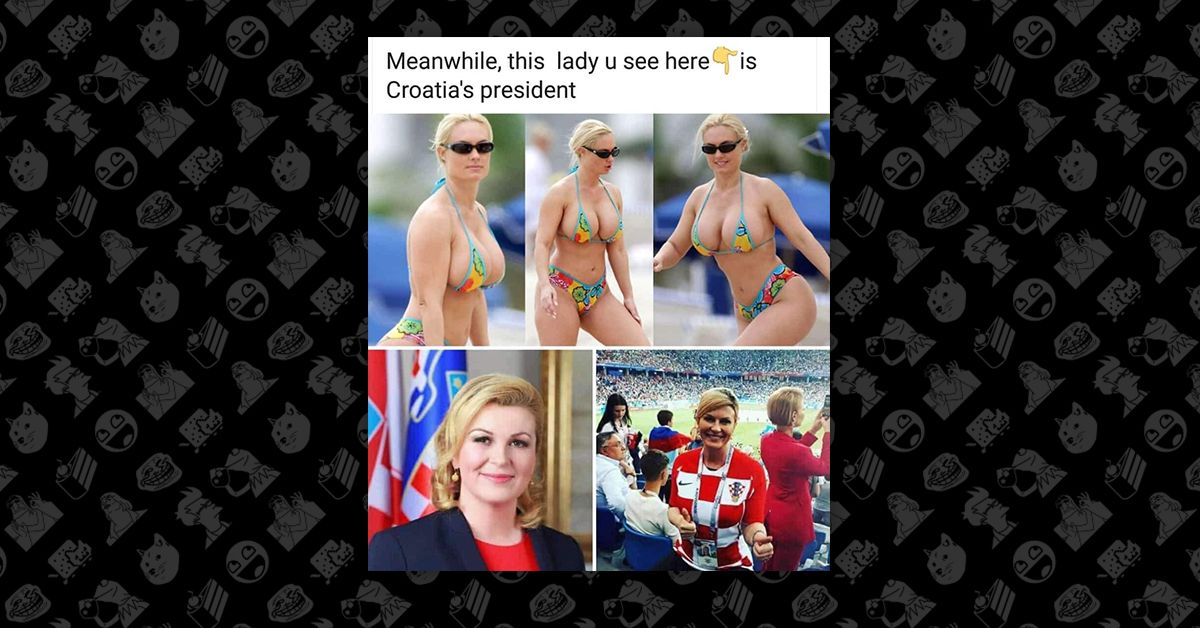 A set of images purportedly showing Croatian President Kolinda Grabar-Kitarović in a bikini were widely circulated on social media in July 2018, as the country's football team advanced to the World Cup final (which they ended up losing to France): The bottom two images in this photoset truly do show the Croatian president Kolinda Grabar-Kitarović. The top three, however, feature an entirely different woman: American model Coco Austin at a Miami beach in 2009.

Although the Coco Austin images were the ones most widely spread in accompaniment of this errant claim, this wasn't the only time that pictures of a bikini-clad woman have been misidentified as photographs of the Croatian President. A second image showing a woman in a blue bikini has also been shared as if it captured Grabar-Kitarović at the beach: Again, the woman in this picture is not the Croatian president. These images appear to have originated with a set of vacation photographs taken by a private citizen, whom we will not identify here for privacy reasons.

None of these photographs truly shows Kolinda Grabar-Kitarović in a bikini. However, for those who are simply desperate to see a national leader in swimwear, at least one photograph of the Croatian president in a swimsuit amay be genuine. In January 2015, an picture purportedly showing Grabar-Kitarović on vacation was published on the cover of the the magazine 24 Sata Express: