Crime In Sweden, Part I: Is Sweden the 'Rape Capital' of Europe?

Claims that Sweden leads the world in sexual assault and rape are not supported by data. 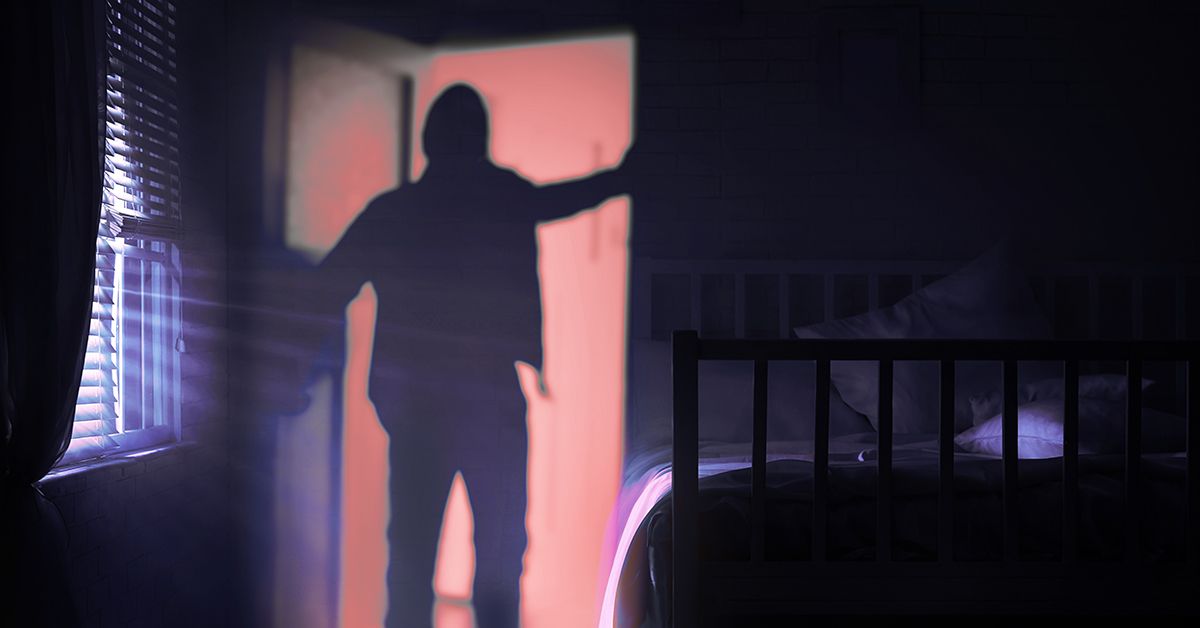 Claim:
Sweden has the highest rate of rape among European countries.
Rating:

On 18 February 2017, U.S. president Donald Trump drew international attention for comments during a rally in Florida in which he argued that accepting refugees from war-torn regions like Syria would make the United States less safe. To make his point, President Trump claimed that the night before, asylum seekers had done something terrible in Sweden (a country that had taken in roughly 193,000 asylum seekers in 2015 and 2016):

Bewildered Swedes took to social media to express confusion about what Trump may have meant, sparking the ironic Twitter hashtag #LastNightInSweden:

The trolling predictably prompted Trump's supporters to seek out evidence of migrant-linked crime in Sweden. Suddenly the small Scandinavian country of 10 million people became a political proxy in the American debate over immigration and asylum policies.

Trump later clarified that he wasn't referring to a specific incident but a segment he had seen on Fox News about Sweden's migrants and crime.

Partisan media outlets have been quick to select their own truths, with liberal publications celebrating that the president had been proved wrong because nothing happens in "peaceful" and "egalitarian" Sweden, and conservative ones rushing to prove Trump right by presenting reports of crime and violence they linked to the refugee crisis that began in 2015.

We sent our reporter, Bethania Palma, to Sweden to research both sides' claims. What follows is Part I of a three-part series on migration and crime in Sweden.

Is rape on the rise in Sweden due to an influx of refugees in 2015?

On 20 February 2017, British politician Nigel Farage claimed that the Swedish city of Malmö is the "rape capital" of Europe – or maybe even the world. The municipality in southwest Sweden is home to communities populated by immigrants and is often cited in media reports as an area of high crime:

Pro-rata, Sweden have taken more young, male migrants than any other country in Europe and there has been a dramatic rise in sexual crime in Sweden, so much so that Malmö is now the rape capital of Europe and some argue even the rape capital of perhaps the world and the Swedish media frankly just don't report it.

We are investigating whether the comments made in this programme were materially misleading.

Farage echoed the rhetoric of the Sweden Democrats, a political party that has risen in influence by marshaling fear of asylum seekers and advocating for strict immigration policies. Critics like the Sweden Democrats suspect that the government is colluding with the "mainstream media" to hide damning statistics of a supposed rape epidemic.

Statistical evidence shows that rape in Sweden is not on the rise. Reported cases have remained steady for almost a decade. But egregious cases have sharpened the narrative and raised people's fears. In one January 2017 incident, three men, two of whom are from Afghanistan, reportedly livestreamed the gang rape of a Swedish woman in Uppsala, a city north of Stockholm. The trial began on 24 March 2017, with the accused men denying charges that they raped the woman.

The strategy of playing on such fears seems to be working for the Sweden Democrats, which Reuters reports has grown in influence and parliamentary power. Author and historian Johan Norberg told us in an e-mail that the party’s rhetoric has created a feedback loop, reinforcing the impression of a refugee-related crime wave in Sweden:

The surge of refugees has created a climate of opinion that is vulnerable to this. It was very big in Swedish media when it happened, and people could see it with their own eyes in railway stations. The reception was mixed. At first there was much of the willkommen kultur [welcoming culture] that we saw in Germany and people helped and even expressed more liberal attitude in polls for a long time. But after a while, it turned out that the Swedish government and municipalities weren't prepared for the inflow. We have a system that is not very open and dynamic, it is difficult to get the permission to build anywhere, we have very few low-skilled jobs and so on, so that resulted in a very slow-moving system that was overwhelmed. For some time families had to live on the streets and it all seemed chaotic. This all contributed to a sense that Sweden is being overwhelmed, and that politicians and civil servants can't deal with that. The focus of SD has since then been to give the impression that this is ongoing even when things have calmed down. The crime story is part of that.

In an e-mail, Yasmine Eriksson, Sweden Democrats’ press secretary, told us the party wants to reduce immigration and act as the "voice" of people who refuse to let the government and mainstream media "present a false image of our country:"

It is our opinion that Sweden has accepted far more immigrants than we should have. We have a lot of policies in this particular area, but I suppose it could be summarized by saying that we're aiming to drastically strengthen our borders and increase the value of the Swedish citizenship. In accordance with the Dublin Agreement, asylum seekers are referred to the first EU-country they arrive in. However currently, most immigrants are passing several safe countries just to get to Germany or Sweden, because of the generous social benefits we offer to migrants. We fail to see the point in accepting asylum seekers that aren't originally from any of our neighboring countries; and seeing as how none of our neighbors are currently at war, it shouldn't apply to us.

She also sent a graph from Sweden's annual crime survey to prove that "sexual assault" is skyrocketing in Sweden. However, a closer examination reveals that, like Farage’s comments, the claim is misleading for a number of reasons. First of all, the graph does not just represent rape, but a wide category called “sexual crimes.” Sweden's National Council for Crime Prevention (Brottsförebyggande rådet, usually shortened to its Swedish acronym Brå), which produced the graph, explained in their report:

- The question posed on sexual crimes in NTU includes a wide range of crimes. It can range from minor events [like] flashing and groping, to very serious incidents of rape. Those who say they suffered must therefore answer questions about the severity of the crime. The responses show that in 29 percent of cases [have been] a more serious form of sexual crimes, says Emelie Hambrook, investigator at the National Council.

While Brå noted that the broad category of "sexual crimes" had increased since 2012, the same was not true for rape. Another Brå graph shows that reported cases of rape (represented by the purple line below) did not spike suddenly after the influx of refugees in 2015 - instead, they dropped from 6,697 in 2014 to 5,918 in 2015 (about the same amount as in 2009).

While the graph does seem to indicate a general upward trend in rape since 2005, the numbers do not tell the whole story. Brå notes in both 2005 and 2013, Sweden broadened its definition of rape, contributing to the apparent upward trend:

The number of reported rape offences has increased over the last ten years (2006-2015). The increase can be partially explained by the entry into force of new sex offence legislation on 1 April 2005. This legislation entails, among other things, that certain acts which were previously classified as sexual exploitation are now classified as rape. The effect of the statutory change appeared in the statistics such that the number of reported offences in respect of sexual coercion and exploitation declined in the years immediately following the statutory change while the number of reported rapes increased. As from 1 July 2013, the sex offence legislation was again made tougher; among other things rape was expanded to include cases where the victim reacts passively.

Just as there's no evidence supporting the claim that newly-arrived refugees have caused an increase in sexual crimes in Sweden, there's also no proof that the city of Malmö is a "rape capital" of Europe (or the world).

As the BBC reported, there hasn't been an incline in reported rape cases in Malmö coinciding with the 2015 refugee crisis:

Malmo, along with other urban centres in Sweden, has one of the highest levels of reported rapes in proportion to population in the EU, mainly due to the strictness of Swedish laws and how rape is recorded in the country.

The rate of reported rapes in Malmo has not dramatically risen in recent years and has in fact declined from its peak in 2010, before the recent large increases in refugees.

It is not possible to connect crimes to the ethnicity of the perpetrators as such data is not published.

Are there more sexual crimes in Sweden than other European countries?

The idea that sexual crimes in Sweden are rising isn't limited to partisan media. On 8 February 2017, the mainstream American publication USA Today made a claim similar to Farage's comments:

But, again, this apparent disparity may have less to do with the amount of rape in each country, and more to do with a difference in how each country defines and records rape.

For one thing, Sweden tallies each incident as a separate case, even if the accusation, perpetrator and victim are the same, a practice that may create confusion on an international level. Crimes are also counted at the point of contact with police, not when convictions are made. This could make the level of crime appear higher than it is when viewing raw data without qualifying information. Brå researcher Johanna Olseryd told us:

In Sweden we count as many crimes as [the victim] can specify. So we’ve had cases with women who had a diary so they can say, 'I’ve been raped within this marriage 400 times.' That will result in 400 reported crimes. That also contributes to the difficulties in our statistics with comparing from month to month, or comparing one area to another, because a single case of that sort will turn the statistics upside down. That’s been a problem when some journalists from other countries go into our database. It could be one case with 50 reported crimes.

Also, Sweden has a broader definition of rape than some of its European neighbors. Until recently in Germany, for example, the victim having said no to a sexual act was not always enough to meet the legal definition of rape.

Kristine Eck, a researcher at Uppsala University, argued in a February 2017 Washington Post op-ed that because Sweden is particularly thorough in recording and publicly reporting crime, it may lead to the false impression that crime is higher there than elsewhere.

There is simply no data to show that Sweden is the rape capital of Europe, or even that rape is on the rise in the country.

Eck, Kristine, and Fariss, Christopher J. "No, Sweden Isn’t Hiding an Immigrant Crime Problem. This Is the Real Story."   The Washington Post. 24 February 2017.

All graphs provided courtesy of Brå.