Did a Cow Really Sit on the Hood of this Car?

Check your wheel wells for critters -- but you don't need to check your car hood for cows. 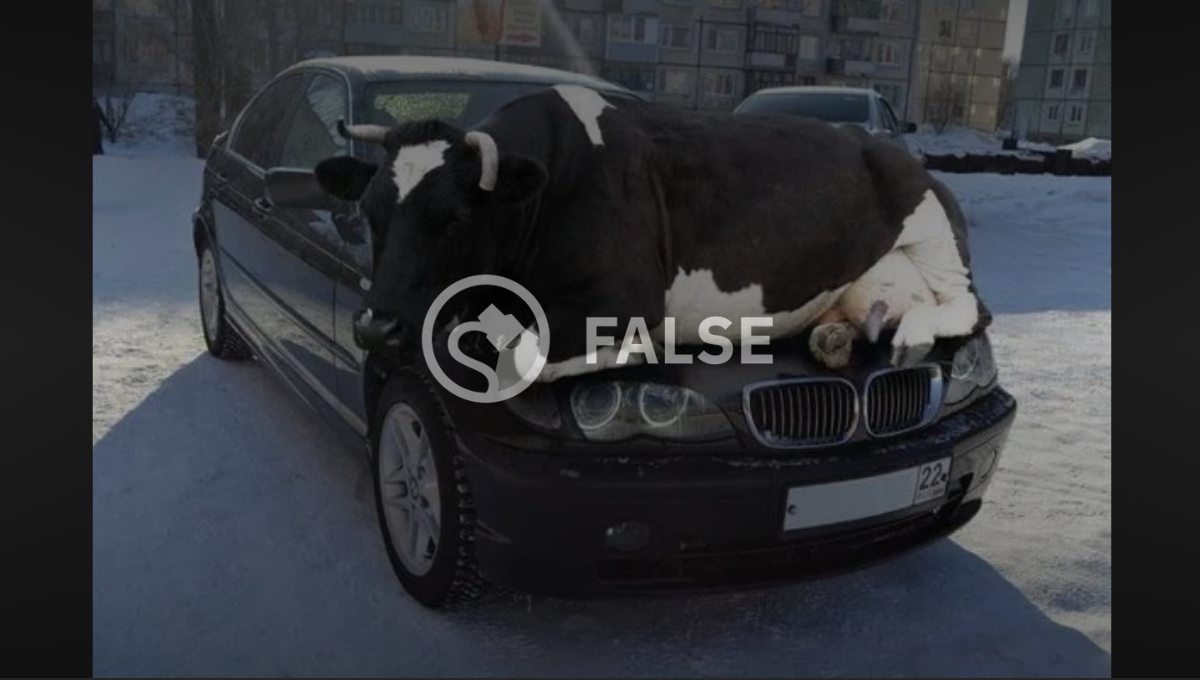 Claim:
A photograph shows a cow sitting on the hood of a car to stay warm during the winter.
Rating:

When the weather gets cold, warm cars become havens for animals seeking shelter, so it's wise to check your wheel wells before driving. However, you do not need to check the hood of your car for cows, despite what this doctored image would have you believe: While we haven't been able to pinpoint the exact origin of this image, we know it has been circulating online since at least 2013. Originally shared with various joke captions, such as "Got Milk" and "The Ground is Lava," it didn't truly go viral until it was attached to warnings about animals seeking shelter in cars during the winter.

The official Twitter account for the Roads Policing Unit in Surrey, England, was one of the first to combine this image with the warning, likely as a joke to get people's attention: But the cow seemed to be perfectly content in a grassy field before it was digitally manipulated into the wintry scene: