Does COVID-19 Vaccine Cause Herpes?

Generally, herpes is an asymptomatic condition only diagnosable during an outbreak. 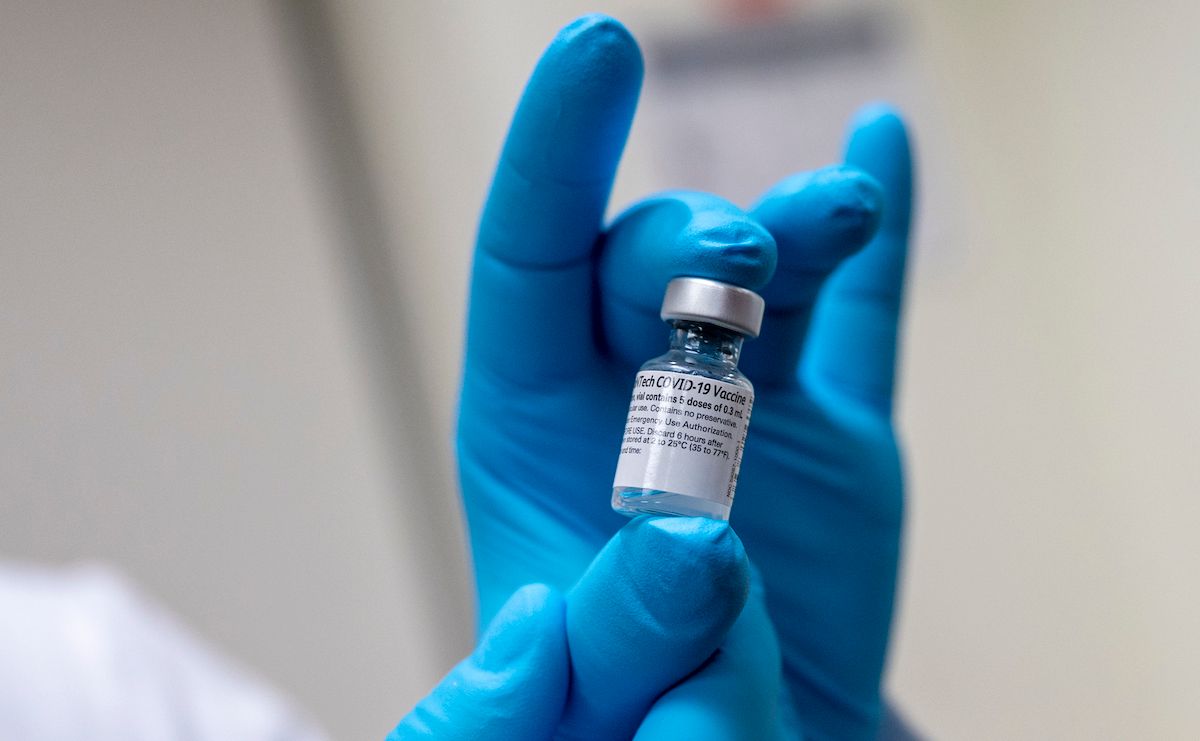 Claim:
A scientific study proved there is a causal link between a COVID-19 vaccine and herpes.
Rating:

An observational study in the scientific journal Rheumatology in April 2021 used case reports to document herpes zoster (that's shingles, not oral/genital herpes) outbreaks in six patients. However, as the authors of the study warned, it was inaccurate to imply that the vaccine had been proven to cause the infection. Rather, it is more likely that the viral reactions described in the report were the result of a previous infection that was spurred by an immune response to the vaccine. In short, there's no evidence to suggest that the COVID-19 vaccine causes herpes, but rather that it may elicit an immune response resulting in a dormant virus breaking out.

As global COVID-19 vaccination campaigns pressed on in April 2021, new information and data continued to be gathered about the safety and efficacy of the various vaccines. During this time, an observational study published on April 12, 2021, in the British Society for Rheumatology scientific journal Rheumatology described a possible link between the COVID-19 vaccine and a herpes outbreak.

Some news publications at the time ran with the claim, publishing headlines that did not specify the type of herpes linked to the COVID-19 vaccine, and even implied that the vaccine may cause herpes.

There are many nuances to explore with this claim. First and foremost, an observational study based on six case reports that wasn't designed to determine a causal relationship described a handful of rare herpes zoster (shingles) outbreaks after the individuals received their Pfizer-BioNTech COVID-19 vaccine. Researchers said it is too early to confirm a causal link and stated that such an outbreak could be the result of a previous infection that was spurred by an immune response.

We dove through the case reports line-by-line. Here’s what we found.

A Mass Vaccination Effort in Israel

The observations in question took place in Israel, which launched a nationwide mass vaccination campaign in response to the COVID-19 pandemic. As of March 1, more than half of the population had been vaccinated with both doses -- with immunosuppressed individuals prioritized for “urgent vaccination.” But as the authors of the case reports stated, data was not available on the safety of mRNA COVID-19 vaccine in autoimmune inflammatory rheumatic diseases (AIIRD) patients, as immunosuppressed patients were excluded from the vaccines’ clinical trials.

“Therefore, safety monitoring and surveillance of vaccinated patients is especially warranted in this population,” wrote the report authors.

AIIRD is a group of diseases that are characterized by abnormal immune responses. Patients diagnosed with AIIRD have a compromised immune system and are at an increased risk of infection. Though experts generally recommend that the benefit of vaccines outweighs potential risks, some vaccines have been reported to induce autoimmune reactions, and in some instances, vaccines can trigger a response and increase the activity of the underlying autoimmune disease, according to a 2014 review published in the journal Nature.

To determine how safe mRNA-based vaccines like Moderna and Pfizer-BioNTech were for individuals with AIIRD, researchers at the Rheumatology Departments of the Tel Aviv Medical Center monitored potential adverse effects of people in Israel who had received the Pfizer-BioNTech vaccine within the first six weeks following their vaccination. Of all those monitored, six women with AIIRD — 1.2% of the group — developed their first episode of herpes zoster (shingles) “closely after vaccination.”

Herpes zoster, also known as shingles, is caused by the reactivation of the varicella-zoster virus, the same virus that causes varicella, or chickenpox, according to the Centers for Disease Control and Prevention. As is often the case, once chickenpox resolves, the virus remains latent in the human body until a later reactivation in the form of shingles. Primary infection with VZV causes varicella. In other words, a “reactivation” of herpes zoster means that the virus, which was already dormant in the body, was spurred into an outbreak.

In all six cases of shingles outbreaks documented in the case report, each woman had experienced chickenpox as a child. All women were between the ages of 36 and 61 years old and their symptoms resolved without further incident between several days and three weeks. Interestingly, just one woman had been vaccinated for shingles. All but one opted to receive their second dose of the vaccine and of those who did, none experienced further adverse effects after having done so. (The case studies can be viewed in greater detail here.)

Though the findings suggest a possible link between the shingles outbreaks and the COVID-19 vaccine, the report authors are quick to warn about a “number of limitations” with their research.

“First, the study design is not structured to determine a causal relationship between vaccination and herpes zoster, as non-vaccinated patients with AIIRD were not included in the study,” wrote the authors. “Second, HZ diagnosis was based solely on clinical grounds, without histologic or molecular confirmation.”

Although the case reports are published in a reputable, peer-reviewed journal, it is important to understand the difference between a study based on a “case series” such as this one and an experimental study. A case report is more like a narrative that describes a particular event or occurrence, usually containing information about the issue and how researchers or doctors addressed it. Case reports do not independently verify a link or causation through the scientific method but the information contained within is often used to inform, systematically plan, and investigate future studies based on empirical and measurable evidence. Vaccines work by eliciting an immune response. Currently, the Centers for Disease Control and Prevention (CDC) notes that there are three main types of vaccines available in the U.S., protein subunit vaccines, vector vaccines like the Johnson and Johnson, and the two-dose mRNA vaccines such as Moderna and Pfizer-BioNTech, which contain genetic material from the virus to give cells instructions on how to make antibodies to fight future infection.

A viral infection like shingles, on the other hand, occurs when the virus is activated. There have been other case reports of people who have experienced flare-ups of herpes infection after receiving a vaccine, like a 57-year-old woman who developed HSV-2 (genital herpes) reactivation after receiving her influenza vaccine in 2017. And herpes reactivation has been reported following other vaccines like influenza, hepatitis A, and rabies.

Though the case reports suggest that COVID-19 mRNA vaccines like Pfizer-BioNTech “might provoke reactivation of herpes zoster in patients with AIIRD,” it is inaccurate to imply that the vaccine caused the infection. Rather, it is more likely that the viral reactions described in the report were the result of a previous infection that was spurred by an immune response to the vaccine, particularly when herpes is generally considered an asymptomatic condition that is only diagnosable when an outbreak is occurring.

Vaccines aside, those with autoimmune disorders are also more likely to develop shingles at some point in their life, and those with rheumatoid arthritis are two-fold compared to healthy populations in the same age group.

To sum it up, the case reports do not confirm that individuals should avoid the COVID-19 vaccine for fear of developing shingles, but rather suggests that the matter warrants further investigation by researchers.

“In summary, the presented cases raise awareness to a potential causal link between COVID-19 vaccination as a trigger of HZ reactivation in relatively young patients with stable AIIRD,” concluded the authors. “While the causality between both events cannot be proved based on a small number of cases, further vigilance and safety monitoring of COVID-19 vaccination side effects is warranted.”