Cooking Corn on the Cob in a Cooler

Can you cook corn on the cob in a portable picnic cooler? And is it a good idea? 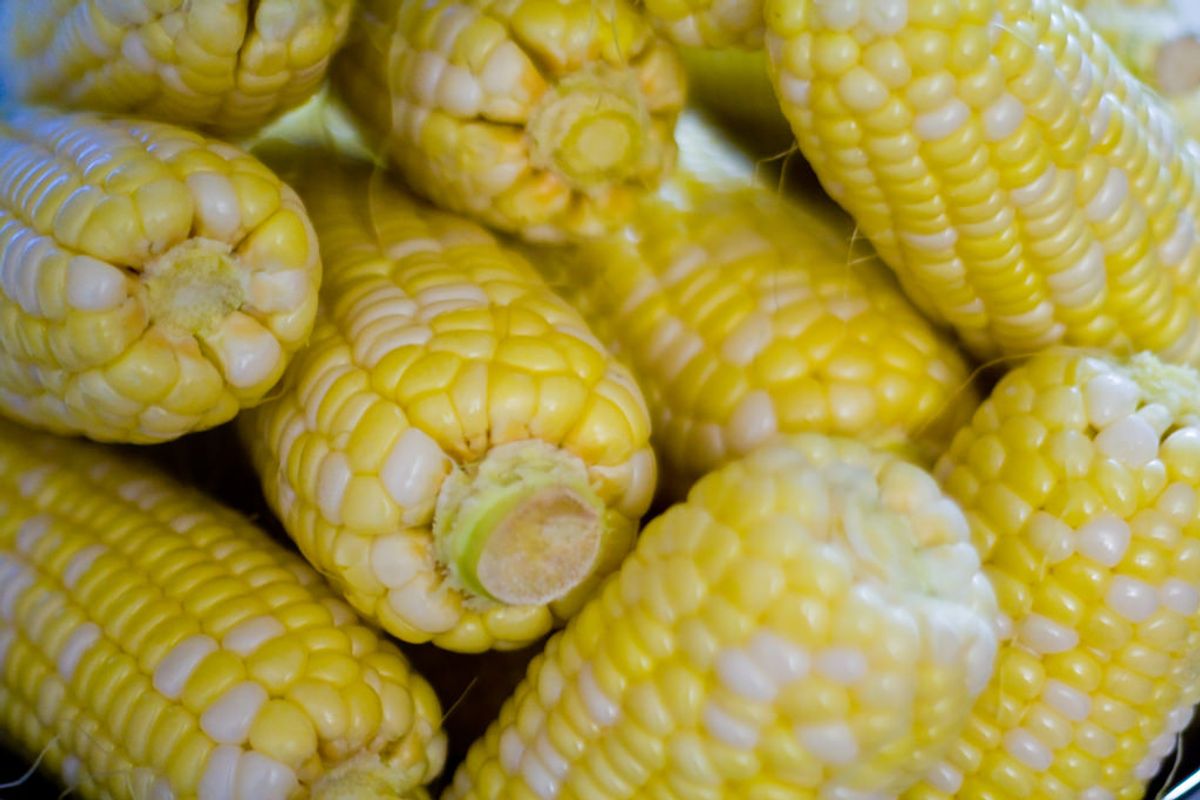 Claim:
A message provides useful instructions for cookomg corn on the cob in a portable picnic cooler.
Rating:

An intriguing bit of culinary advice began circulating on the Internet in September 2011:

The Best Way to Cook Corn on the Cob for a Crowd?

Am I the only person who hasn't heard of "cooler corn"?

As an obsessive food nerd, you'd expect that I would have at least heard of it, but over the weekend I was blind-sided by the simple genius of this method for cooking loads of corn on the cob perfectly.

I was hepped to it while visiting my family in Maine. Short story: We like corn on the cob. And with eight adults at the table, that means a couple of dozen ears. We would have used the lobster pot to cook them all, but the lobster pot was busy steaming lobster.

Then my sister, a capable Maine cook with years of camping experience, says "let's do cooler corn!" Before I can ask "what the hell is cooler corn?" a Coleman cooler appears from the garage, is wiped clean, then filled with the shucked ears. Next, two kettles-full of boiling water are poured over the corn and the top closed.

When we sat down to dinner 30 minutes later and opened it, the corn was perfectly cooked. My mind was blown. And I'm told that the corn will remain at the perfect level of doneness for a couple of hours.

Turns out, Cooler Corn is pretty well known among the outdoorsy set. But for those of us who avoid tents as much as possible, it's perfect for large barbecues and way less of mess than grilling. In fact, I may even buy another cooler just so I'm ready for next summer. Now That I'm in the know.

Judging from the numerous posts we found online from folks who had tried this method of cooking corn, it does indeed work, producing nicely-prepared ears of corn.

bisphenol A, the "toxin out to get you" that has been so much in the news of late. However, that ice chests liners don't contain BPA (a chemical commonly found in plastics that has been shown to promote human breast cancer cell growth as well as decrease sperm count in rats) doesn't mean they're safe to heat up. When heated, plastics can release some of the chemicals used to make them into the foods they encase. It is for this reason you should not cook or reheat food in plastic containers unless they are specifically marked "microwaveable" or "microwave safe." Likewise, you shouldn't send plastic food storage containers through the dishwasher's cycle, lest the heat of washing break down the plastic enough to allow chemicals to leach into foods subsequently kept there.

In a nutshell, yes, you can cook corn in an ice chest. Whether you should is another matter.