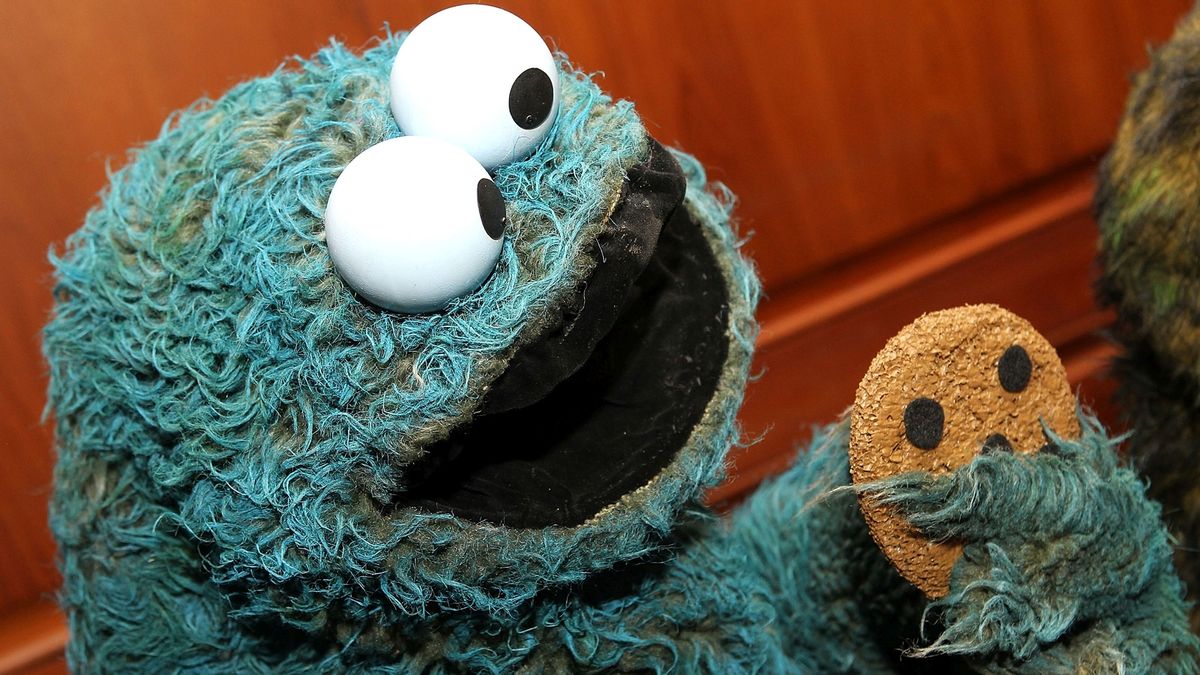 If you watched "Sesame Street" as a child and have since labored under the belief that the voracious blue character Cookie Monster was always named "Cookie," you may have to rethink your assumption. In October 2022, Cookie Monster took to his official Twitter account and stated, "Did you know me name is Sid? But me still like to be called Cookie Monster."

It's not the first time that Cookie Monster or the "Sesame Street" show have stated that the cookie-gobbling character has a "real" name other than the one he is best known by, although previous mentions were less declarative.

In 2010, the "Sesame Street" show's Twitter account tweeted a quote from Cookie Monster that made it seem like he perhaps didn't remember what his real name was, since he has been famous (or infamous) for his cookie obsession for so long. But "Sidney" was his best recollection.

In 2004, Cookie Monster sang a song on "Sesame Street" in which he first stated that he had a different name at "birth" but then went by "Cookie" when he started devouring cookies. When he sang about his first cookie encounter, the lyric went, "Me was just a mild mannered little kid. In fact me think me name back then was Sid."

This is a bit different from the Frank Oz-voiced Muppet's pseudonym, "Alistair Cookie," during his appearances in "Monsterpiece Theater," "Sesame Street's" regularly-occurring parody of the PBS show "Masterpiece Theatre," hosted by Alistair Cooke.