Did the Suspected Dayton Mass Shooter Actually Die in 2014?

An incoherent conspiracy theory failed to take into account the ubiquity of coincidences. 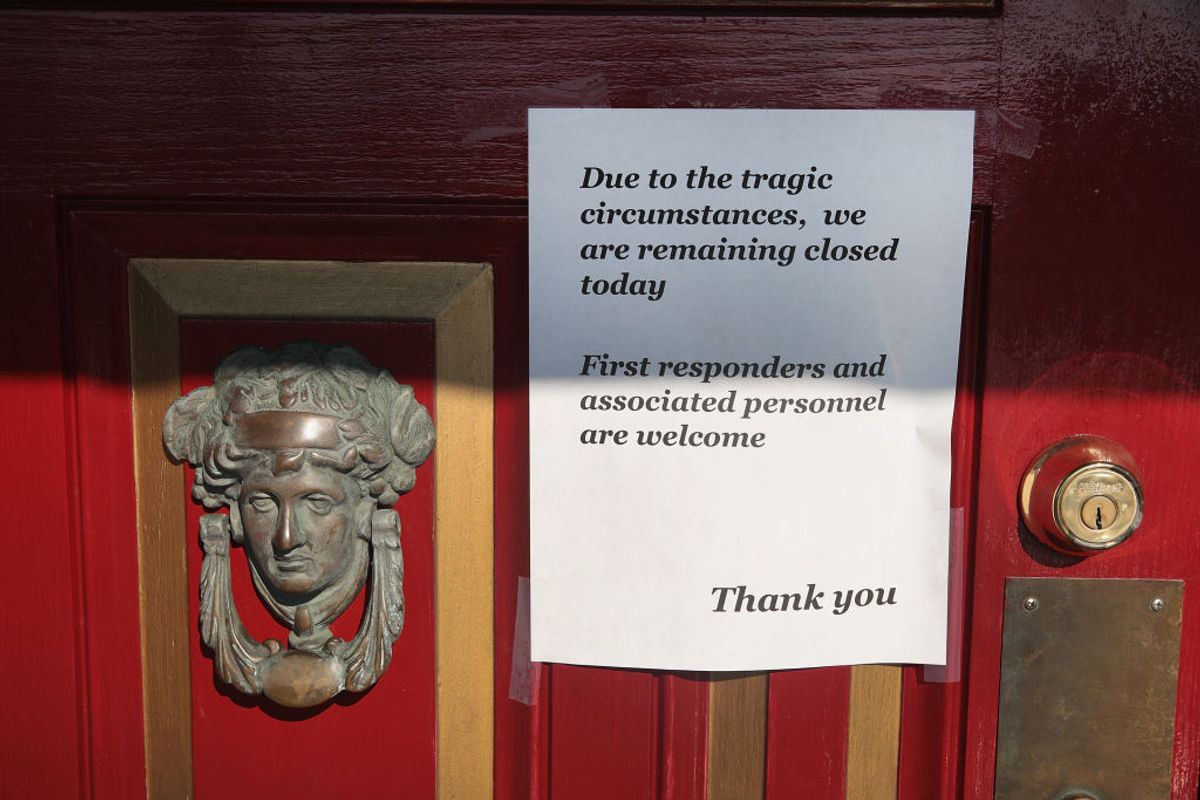 Claim:
The Dayton, Ohio, mass shooting suspect "Connor Betts" is or has assumed the identity of the same Connor Betts who died in Connecticut in 2014.
Rating:

In the aftermath of a deadly mass shooting in Dayton, Ohio, in August 2019, some online observers claimed to have unearthed evidence that the official public narrative surrounding the suspected gunman, Connor Betts, was sorely incomplete. Betts, according to some, had actually died in 2014.

Those who advanced and promulgated this conspiracy theory (the exact nature of which was unclear) pointed to a February 2014 obituary for a man by the name of Connor Betts of Suffield, Connecticut. Some even speculated that Betts' death had been staged in 2014, and that he had since entered a witness-protection program from which he emerged in August 2019 to perpetrate a mass shooting.

According to proponents of the "2014 death" theory, three similarities connect the Connor Betts who died in Connecticut in 2014 and the one Dayton police named as the suspected gunman in a mass shooting during the early hours of Aug. 4, 2019, and whom police fatally shot at that time:

These similarities, the theory goes, can only be explained or can best be explained by an elaborate plot of some kind, whether it involved a faked death in 2014, the suspected Dayton shooter assuming an existing identity, or some other conspiracy.

The obituary cited by those promoting the conspiracy theory marked the tragic death of Connor D. Betts, a young man from Suffield, Connecticut who had just turned 22 when he was killed in an accident while working for a local construction company on Feb. 19, 2014.

However, the man named by Dayton police as the suspect in the August 2019 mass shooting was Connor Stephen Betts — a different person with a different middle name. Connor S. Betts, the suspected shooter, was listed on electoral rolls as having a birth year of 1994 (which comports with Dayton police's confirmation that his age was 24), and was registered to vote in Greene County, Ohio, and took part in elections there since 2012 — that is, both before and after the death of Connor D. Betts in Connecticut in 2014.

Connor D. Betts and Connor S. Betts did each have a sister named Megan, however they are also two separate individuals. According to Dayton police, Megan Betts was 22 years old when she was shot to death during the Aug. 4 massacre of which her brother is suspected. On the Greene County, Ohio, voter rolls, she was listed as having been born in 1997 and residing at the same address as Connor S. Betts, her brother and the Dayton shooting suspect. Her full name was listed as Megan Kathleen Betts.

By contrast, we have cross-referenced news archives and court records and confirmed that the full name of Connor D. Betts' sister is highly likely to be Megan B. Betts, and that she was highly likely to have been born in 1986, not 1997. Each Megan Betts is or was a completely different person, separated by more than a decade in age, and bearing little or no physical resemblance to one another.

The third plank of the conspiracy theories was the claim that Connor D. Betts and Connor S. Betts had the same physical appearance, meaning they must have been the same person. Setting aside the fact that Connor D. Betts did in fact die in 2014, and any claims to the contrary were liable to be deeply hurtful to his loved ones, the two men did not look the same.

At first glance, some photographs showed a certain passing resemblance between them, but a closer examination revealed that any similarities were no more than superficial. A photographic tribute to Connor D. Betts, posted shortly after his death in 2014, contained dozens of photographs of him. The full scope of those photographs demonstrates clearly that he and Connor S. Betts were completely different individuals.

At first glance, the coincidences involved in this conspiracy theory might appear impossibly unlikely to some observers, giving rise to the conclusion that "something else" must surely be afoot. In reality, they are not so unlikely at all.

According to Social Security Administration (SSA) data, "Connor" was the 48th most popular boy's name in Connecticut in 1992 (the year in which Connor D. Betts was born). In 1986, the year in which Megan B. Betts was born, "Megan" was the 22nd most popular girl's name in the state. There are therefore lots of Connors and lots of Megans in the state of Connecticut, and the possibility of finding two siblings with those names and respective ages, is much greater than it otherwise would be, due to the popularity of those first names.

It is also not that unlikely to find the same brother-sister name pairing replicated in another state, in this case Ohio. The same SSA data shows that "Connor" was the 63rd most popular boy's name in Ohio in 1994, the year of Connor Stephen Betts' birth, and "Megan" was the ninth most popular girl's name in the state in 1997, the year in which Megan Kathleen Betts was born. Plenty of Connors, even more Megans, live in that state, so a reasonable possibility exists of finding a brother and sister with those names and a two or three-year age gap between them.