Did Congress Rename Their French Fries to ‘Freedom Fries’ Before the Iraq War? 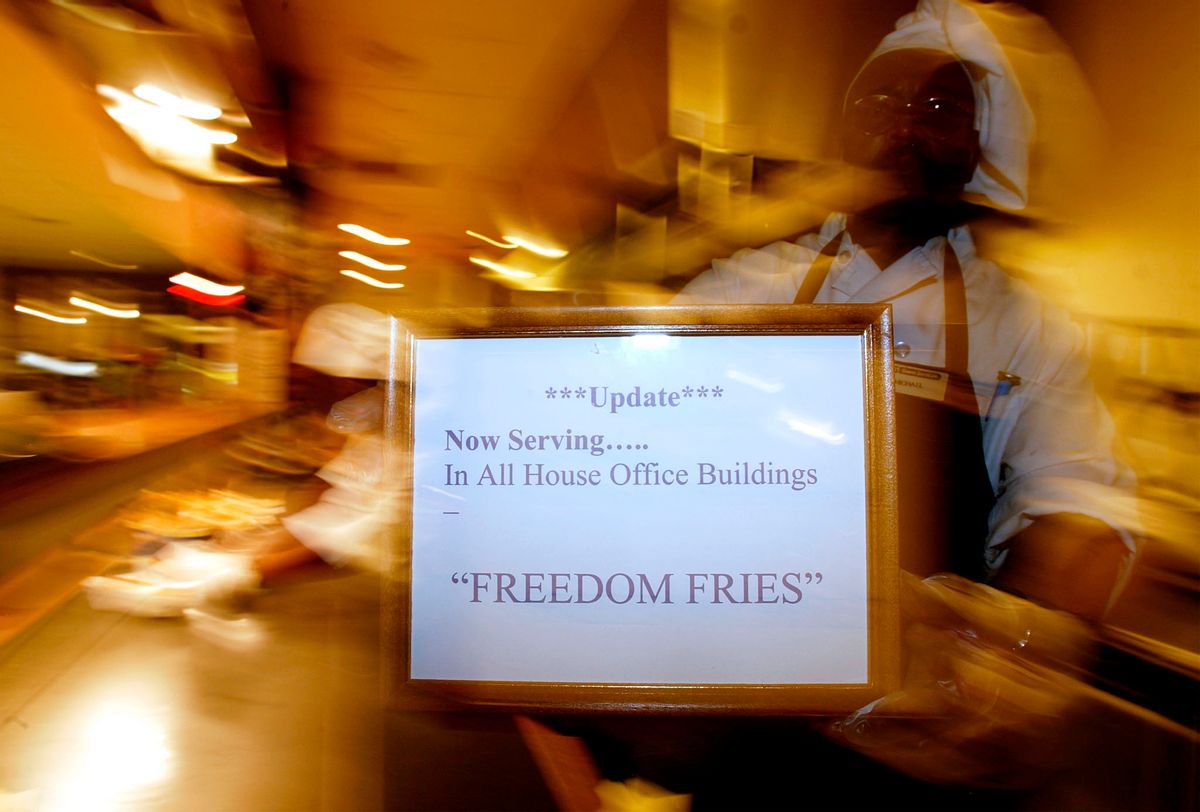 Claim:
In 2003, the U.S Congress renamed french fries sold in their cafeterias to “freedom fries” after France expressed opposition to the U.S.-led invasion of Iraq.
Rating:

What’s in a name? An international diplomatic scuffle, apparently.

In 2003, when the United States was readying to go to war with Iraq -- ostensibly vowing to destroy Iraqi weapons of mass destruction and end Saddam Hussein’s regime -- France expressed its firm opposition to that action. In response, Republican U.S. Rep. Walter B. Jones Jr. suggested to Rep. Bob Ney, who was House Administration Committee chairman and thus in charge of congressional cafeterias, that french fries be renamed “freedom fries” in the U.S. Capitol.

What was envisioned as a “lighthearted gesture” in a small ceremony by the representatives involved became a media sensation. At a Capitol Hill cafeteria, journalists watched as Ney and Jones, who did not eat fries himself, held up a plaque that read, “***Update*** Now Serving.... In All House Office Buildings... ‘FREEDOM FRIES.’”

The renaming didn't stop there. A number of restaurants around the U.S. followed suit.

CNN reported the french fry story in 2003 and also pointed out that “french toast” would henceforth be known as “freedom toast”:

Jones said he was following the example of a local restaurant owner in his North Carolina district. "I represent a district with multiple military bases that have deployed thousands of troops," Jones said in a statement. "As I've watched these men and women wave good-bye to their loved ones, I am reminded of the deep love they have for the freedom of this nation and their desire to fight for the freedom of those who are oppressed overseas. Watching France's self-serving politics of passive aggression in this effort has discouraged me more than I can say."

The name change was criticized by one young man in a House cafeteria.

"That's completely ludicrous to me," he said.

In 2006, Congress quietly changed the name of the food product back to french fries, but anti-French sentiment had grown in the U.S. According to the Pew Research Center, around 60% of Americans held an unfavorable opinion of France in 2003, but a Gallup poll in the same year also found that majority of Americans thought replacing the adjective "french" with "freedom" was a "silly idea."

Ironically, Jones later changed his stance on freedom fries because he regretted his support for the Iraq war, eventually becoming one of its loudest critics.

No matter how strange it may seem today, given that freedom fries were once actually a thing -- at least in the halls of Congress -- we rate this claim "True."