Right-leaning commentators reacted with outrage during a sharp rise in consumer prices. Were they right? 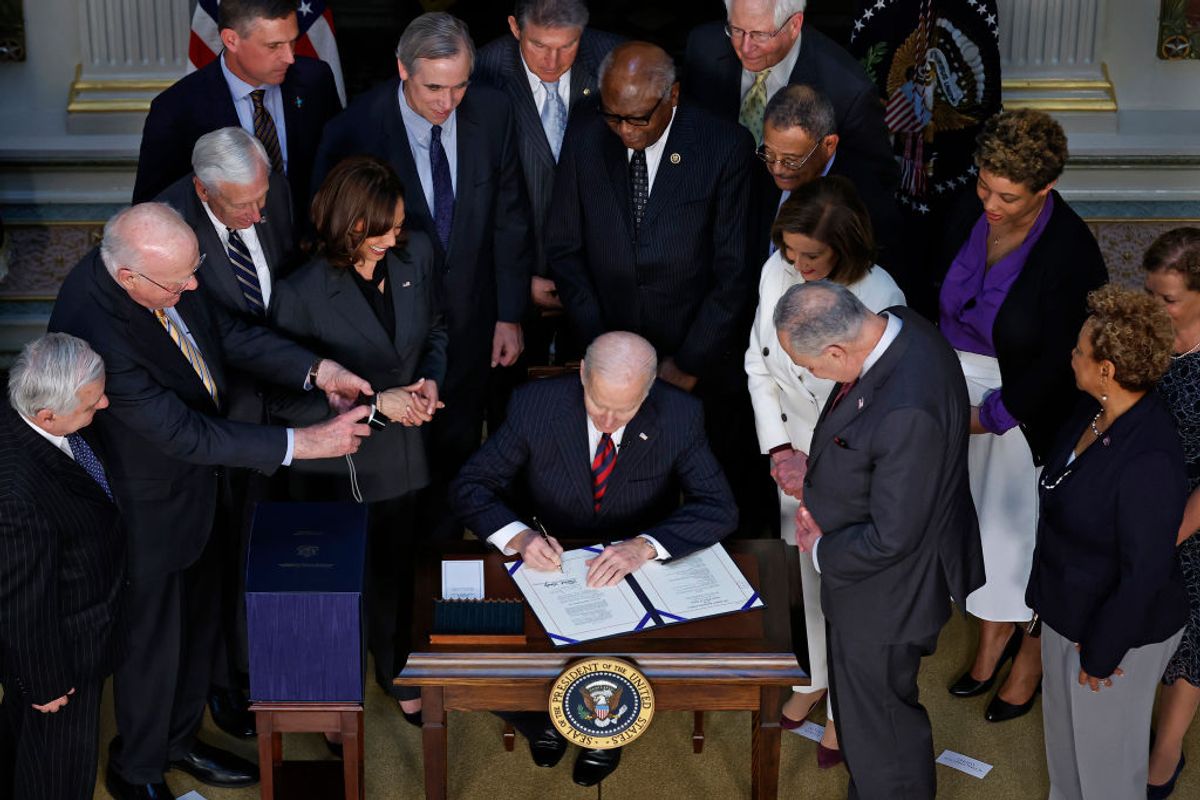 Claim:
In 2022, members of Congress collectively voted to award themselves a 21 percent pay raise.
Rating:

In 2022, the omnibus spending bill included a 21 percent increase in the Members' Representational Allowance — which House members use to pay certain staff, and for travel and work-related expenses. However...

Congress members did not award themselves a pay raise — a very different proposition — in 2022 . The salary of the typical senator and representative has not changed since 2009.

In March 2022, social media users, and in particular right-leaning commentators, protested what they characterized as a decision by Congress members to award themselves a 21 percent pay rise, while U.S. residents endured inflation and record high gas prices.

While you are paying record prices at the grocery store and gas pump, our politicians in Congress voted for a 21% pay raise for themselves. For his part, Donald Trump Jr. — the son of and adviser to former President Donald Trump — tweeted: "What the hell has Congress done to deserve a 21% raise?" Similar claims were made by various right-leaning commentators.

On March 10, the right-wing FrontPage Magazine posted an article with the headline "Americans Can't Afford Gas, Congress Just Gave Itself a 21% Raise": On Facebook, screenshots of that headline went viral, as shown in the image below: In reality, Congress members did not award themselves a 21 percent pay raise in 2022, but they did vote to increase their operating budgets and expenses by that much. As a result, we're issuing a rating of "Mostly False."

What those claims actually referred to was something called the Members Representational Allowance (MRA), which the non-partisan Congressional Research Service describes as follows:

Members of the House of Representatives have one consolidated allowance, the Members’ Representational Allowance (MRA), with which to operate their offices...

While Representatives have a high degree of flexibility to operate their offices in a way that supports their congressional duties and responsibilities, they must operate within a number of restrictions and regulations. The Members’ Representational Allowance (MRA), the allowance provided to Members of the House of Representatives to operate their DC and district offices, may only support Members in their official and representational duties. It may not be used for personal or campaign purposes.

The MRA can be used to pay office staff, but does not include the salary of House members themselves, which has not changed since 2009 and is $174,000 for a typical member. Usually, representatives spend their MRA on travel, paying staff, printing services, office supplies, and so on.

On March 15, President Joe Biden signed into law the massive omnibus spending bill. H.R. 2471. Around halfway through the 2,700-page text of the bill, the following stipulation can be found:

In other words, the collective MRA for the House of Representatives is just over $774 million for the 2022 fiscal year. For the 2021 fiscal year, the MRA was $640 million, which means a year-on-year increase of $134.4 million, or exactly 21 percent, as highlighted by Roll Call.

Senators, who also typically have a salary of $174,000, avail themselves of a roughly equivalent allowance, called the Senators' Official Personnel and Office Expense Account (SOPOEA). For the record, that too increased in the 2022 omnibus spending bill: from $461 million in 2021 to $486.3 million in 2022 — a 5 percent increase.