Posse Comet at Us 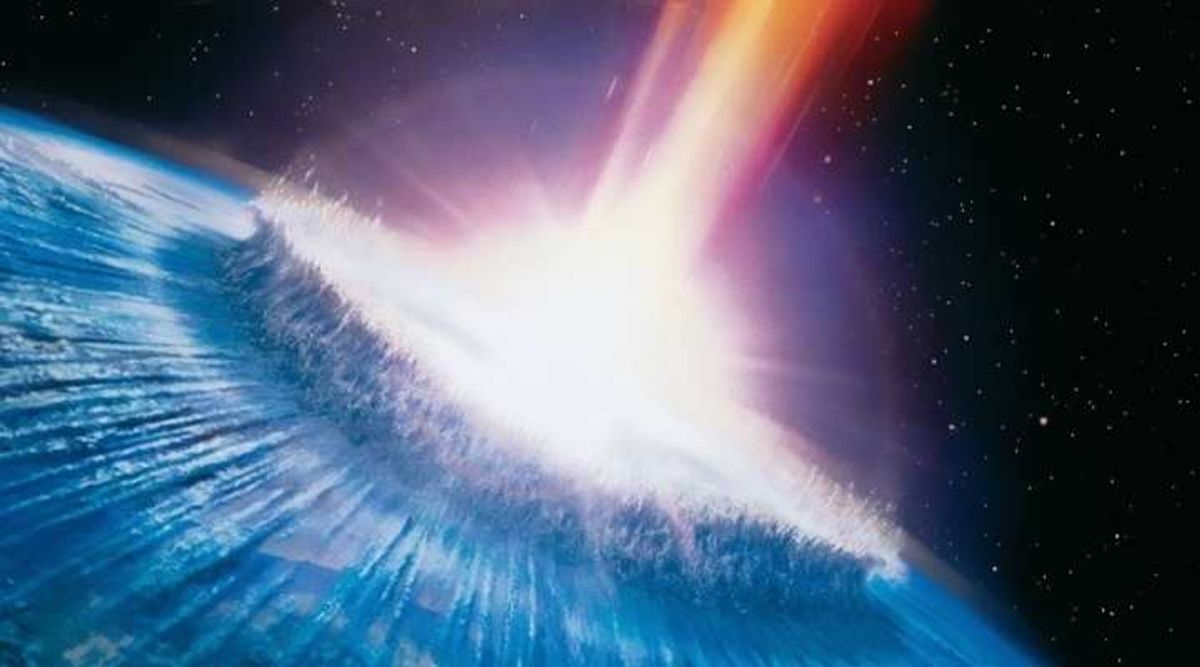 FACT CHECK:   Will a planet-changing comet cause "climate chaos" on Earth between September 15-28, 2015?

Origins:   In June 2015 a series of rumors (some versions of which had been circulated months earlier) spread online regarding a comet purportedly expected to hit the Earth between September 15-28, 2015. Reports of comet fears appeared on conspiracy-minded web sites such as Before Its News, where a 20 June 2015 post quoted a YouTube description of a related video:

Lyn Leahz shares about a phone call with her friend who was given inside information about a comet expected to hit the earth between September 15-28, 2015. Almost a year ago, the foreign minister of France three times publicly announced at a White House press conference a 500-day countdown to “climate chaos”, which will end on September 24, 2015. They know what is coming and have already told you — chaos will erupt on this planet in September 2015. Are you listening? Are you prepared?

In that excerpt alone, a number of veracity-related red flags were apparent. The "friend" from whom this "inside information" was gleaned in the cited phone call was not identified or described (we imagine that person was not an expert in space-related affairs), nor was any title or affiliation provided to explain what connection "Lyn Leahz" might have to this news.

A 29 April 2015 YouTube video published by user "Renee M" and titled "Confirmed-2.5 Mile Wide Comet Expected September 15-28 2015" featured narration from an individual identifying herself as Lyn Leahz, and that clip was appended with a number of doomsday links:

The narrator of the video referenced the Jade Helm military exercise as a factor possibly related to the comet, as well as supposedly significant references to such an event in religious texts. (However, Jade Helm is a distinctly American conspiracy issue, unlikely to affect astronomers and physicists researching matters from outside the United States.)

In an 8 June 2015 article, a NASA spokesperson addressed rumors about the approach of a comet affecting Earth in September 2015 and stated definitively that no such astronomical happening had been charted:

NASA knows of no asteroid or comet currently on a collision course with Earth, so the probability of a major collision is quite small.

In fact, as best as we can tell, no large object is likely to strike the Earth any time in the next several hundred years.