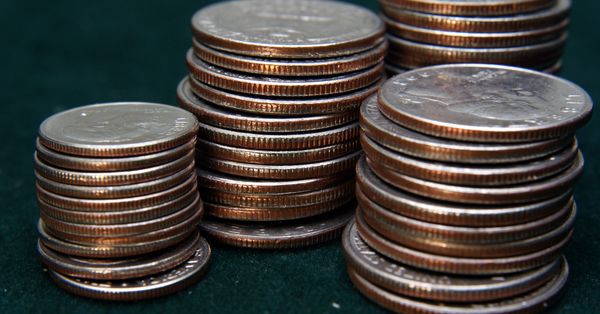 Claim:
The COVID-19 coronavirus pandemic caused a nationwide shortage of U.S. coins in circulation during the summer of 2020.
Rating:

In the summer of 2020, we received multiple inquiries from readers about the accuracy of news reports and social media posts that referred to an ongoing shortage of coins across the United States. National and regional news outlets published stories that described such an overall pattern, or specific examples of it, in June and July.

Those references to a nationwide coin shortage were well-founded. In a June 11 news release, the U.S. Federal Reserve acknowledged the COVID-19 coronavirus pandemic had significantly diminished the U.S. coin supply. That's primarily because members of the public had not been able to visit the places where they typically deposit coins, like retail stores, and exchange them for larger cash denominations (thus removing those coins from circulation) but also because the virus had put a strain on coin production at the U.S. Mint. The statement read:

"The COVID‐19 pandemic has significantly disrupted the supply chain and normal circulation patterns for U.S. coin. In the past few months, coin deposits from depository institutions to the Federal Reserve have declined significantly and the U.S. Mint’s production of coin also decreased due to measures put in place to protect its employees. Federal Reserve coin orders from depository institutions have begun to increase as regions reopen, resulting in the Federal Reserve’s coin inventory being reduced to below normal levels.

"... The Federal Reserve is working on several fronts to mitigate the effects of low coin inventories. This includes managing the allocation of existing Fed inventories, working with the Mint, as issuing authority, to minimize coin supply constraints and maximize coin production capacity, and encouraging depository institutions to order only the coin they need to meet near‐term customer demand."

On June 17, Federal Reserve Chairman Jerome Powell used the word "shortages" to describe the situation, saying that the "flow of coins through the economy" had "kind of stopped." Asked whether he was aware of a coin shortage in Tennessee and elsewhere, Powell told the U.S. House Committee on Financial Services:

"Yes, I am aware of it. I'm very much aware of it, and let me say what's happened is that with the partial closure of the economy, the flow of coins through the economy has gotten all — it's kind of stopped.  The places where you go to give your coins and get credit [inaudible] and get cash, you know, folding money — those have not been working, stores have been closed, so the whole system of flow has kind of come to a stop. We're well aware of this. We're working with the [U.S.] Mint, and we're working with the [Federal] Reserve banks, and as the economy reopens we're seeing coins begin to move around again."

Pressed by U.S. Rep. John Rose, R-Tenn., on whether the problem was temporary or pointed to larger structural issues, Powell insisted it was only temporary:

"We believe it's just temporary. It's due to the fact of the economy being, in significant part, closed, as I mentioned. And the flow of coins through the economy ... Now we're beginning to see those shortages. We've been aware of it, we're working with the Mint to increase supply and working with the Reserve banks to get that supply where it needs to be. So we think it's temporary, a temporary situation."

On June 30, the Federal Reserve provided an update on its joint efforts, with the U.S. Mint, to combat the shortage of coins in circulation throughout the United States, announcing it had established a U.S. Coin Task Force to help coordinate those efforts:

"The primary issue with coin is a dramatic deceleration of coin circulation through the supply chain. As of April 2020, the U.S. Treasury estimates that the total value of coin in circulation is $47.8 billion, up from $47.4 billion as of April 2019. While there is adequate coin in the economy, the slowed pace of circulation has meant that sufficient quantities of coin are not readily available where needed. With establishments like retail shops, bank branches, transit authorities and laundromats closed, the typical places where coin enters our society have slowed or even stopped the normal circulation of coin.

"... In early July, the Federal Reserve will convene a group of industry leaders for a limited-scope, limited duration task force, the U.S. Coin Task Force, to work together to identify, implement, and promote actions to reduce the consequence and duration of COVID-19 related disruptions to normal coin circulation."

Franck, Thomas.  "Got Change? There's a Coin Shortage Because of Coronavirus Stopping the Flow of Physical Currency."   CNBC.  17 June 2020.