There has been no rash of car or property thefts due to nickels or pennies jammed in door handles, and car experts say that warnings about them are implausible. 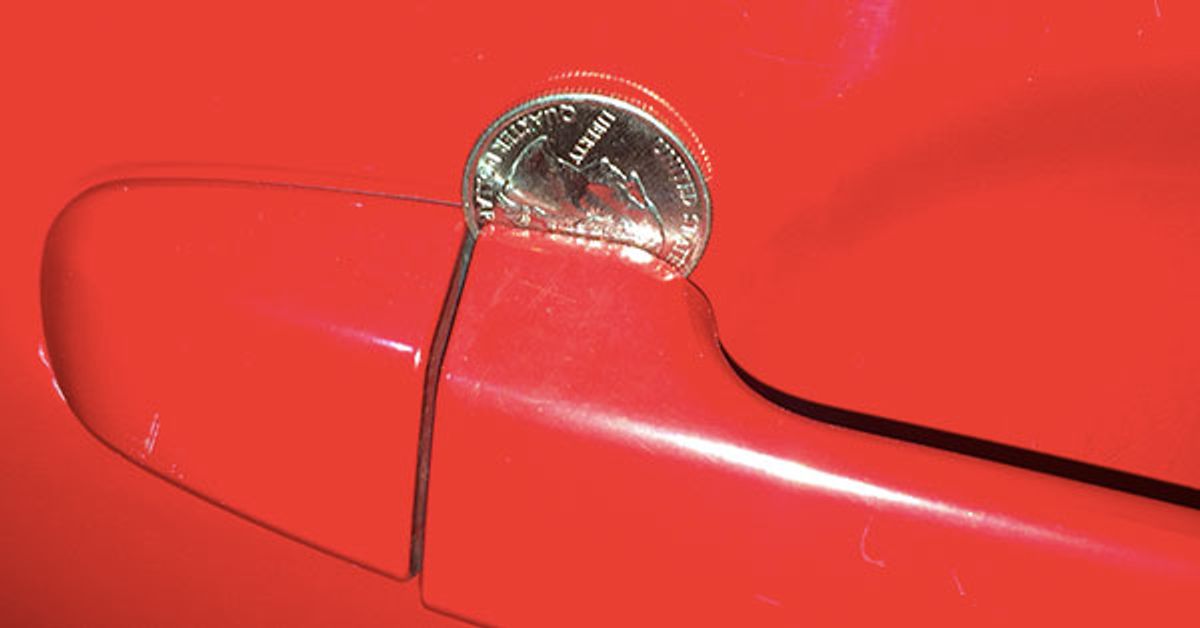 Starting at the end of 2015, social media rumors circulated warning about a purported "new way" for thieves to thieve: criminals simply needed to wedge a coin in the car handle of any vehicle in order to seamlessly override the car's locking mechanism without attracting the driver's attention.

As the iteration above illustrated, this supposedly helpful crime-avoidance tip was aimed solely at owners of newer vehicles with remote locking systems. (Those with manual locking mechanisms were apparently exempt from the warnings, as warnings specifically cited motorists using remote locking systems as being at risk for automobile-related perfidy.)

A common version of the warning held that the vehicle break-in ploy was increasing in frequency of occurrence:

Car thieves are always trying to find new schemes for getting into your car to steal your valuables. You may have heard reports of tech devices used to enter your car. But some thieves are using a less intricate method.

There have been a rash of robberies using of all things, a penny or nickel! How are they using a coin to enter your car? Whether your car is sitting in your driveway or a lot when you are shopping, the thief slides a nickel or penny in the door handle of the passenger side. To what end?

Another version described a long-con method of breaking in to vehicles, requiring thieves to set a trap and return hours later (or take the risk of "following" their mark to a destination on the off-chance the car might have money or valuables in it):

If you miss [seeing the coin] in the morning and drive away nothing really happens. The kicker is when you come home at night.

We contacted Caliber Collision Repair in Lindenhurst, New York, to ask whether a maneuver like the one described in the warnings would effectively disable any vehicle's locking mechanism. When we described the rumor, the employee laughed and explained that car door locks can't really be disabled in that fashion. He said that on most current vehicle models there is no place in which to wedge a coin, and that even on models with inadvertent "coin slots" the key fob locking mechanism wouldn't be disrupted by the depicted coin-wedging.

We also spoke with the service department at Arnold Chevrolet Buick in Babylon, New York, where a mechanic also laughed and described the claim as highly implausible. He surmised that on some older vehicles it might be possible to sabotage a lock with a coin, but those vehicles were unlikely to feature remote locking systems. And were late model vehicles to be sabotaged in such a fashion, their drivers would notice when manually engaging the locks.

Most social media users commenting on such warnings also affirmed that their cars didn't have spots on their doors wherein coins could be lodged and noted that their keyfobs wouldn't work properly if all doors weren't closed securely. Others observed that when they attempted to reproduce the claim, they discovered that the wedged coins didn't disrupt the vehicles' locking mechanisms at all.

Also, despite the warning's claim that employment of this method of theft has created "rash of robberies," we were unable to turn up a single documented incidence of a car being broken into in this fashion.

As one of the examples excerpted above demonstrates, some variants of the car door handle warning invoke the classic urban legend about a killer in the back seat.