Did CNN Use the Same Girl in Three Different Refugee Crisis Pictures?

A variation on the 'crisis actor' conspiracy theory holds that CNN used photographs of the same girl to represent three different refugee crises. 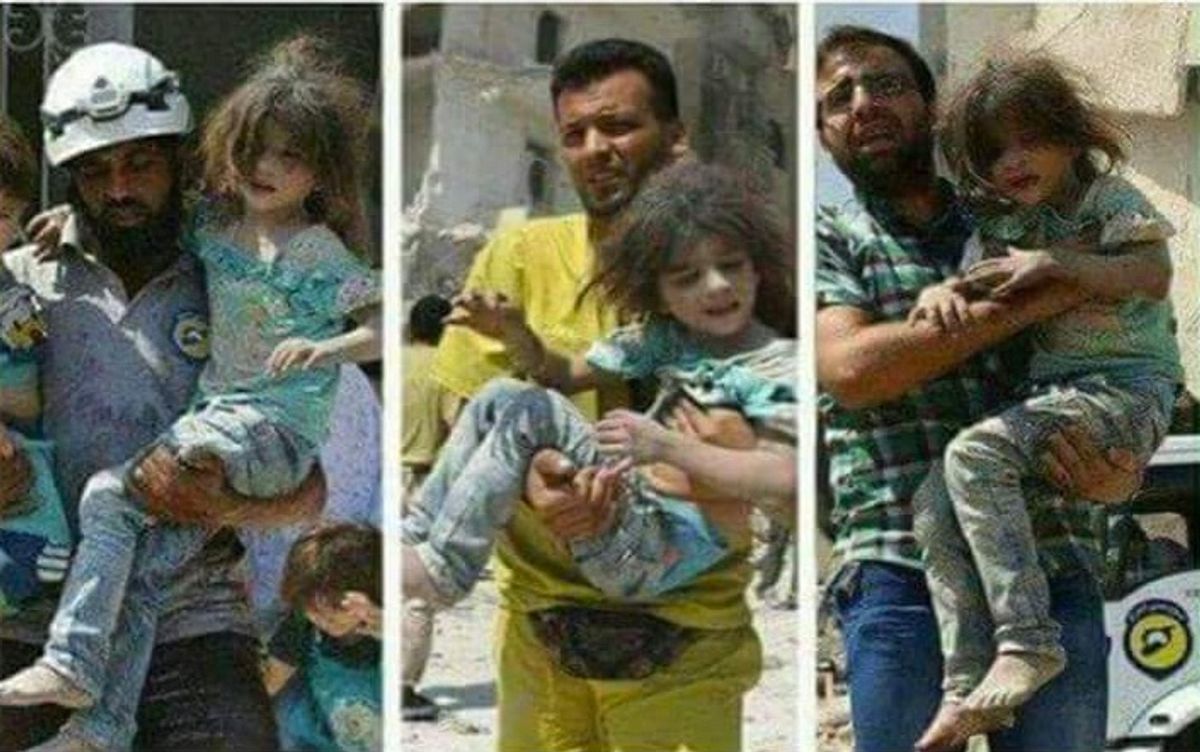 In December 2016, an image comprising photographs of a little girl being carried by three separate rescue workers began circulating on social media, along with text asserting it documented that CNN had been caught using images of the same girl to illustrate three separate reports of refugee crises in different areas — and, incredibly, she was garbed in the very same outfit each time: The caption suggested that a major news network (CNN) had falsified their reporting with phony images in order to exaggerate the human toll of violence in three different (unidentified) areas. But simple reverse image searches revealed this rumor to be just more nonsense in the vein of conspiratorial "crisis actor" claims.

The middle photograph in the trio was easy to locate, with dozens of results returned via image searching: According to a contemporaneous report from NBC News, this photograph was taken in the aftermath of the bombing of a funeral in Aleppo, Syria, in August 2016.

A related search for the right-hand image revealed that it indeed depicted the same girl, being carried by a rescuer after the same 27 August 2016 bombing in Aleppo: The left-hand image was cropped for the "same refugee girl" meme, but it was also a widely published photograph taken immediately after the August 2016 Aleppo funeral bombing. The original photograph depicted a rescuer carrying the girl along with several other children at the site of the attack: A separate photograph not included above captured the same girl sitting in the back of a van after the Aleppo funeral bombing: So, rather than presenting three images of the same girl (in the same clothing) supposedly being carried by rescuers after three different "refugee crises" in separate times and places, this triptych simply captures one girl being passed around from one rescuer, caretaker, or family member to another in the same disaster zone as part of humanitarian efforts undertaken after the same single bombing event in Syria that left 16 people dead. We found no evidence that CNN ever used any of these photographs to represent anything other than that one event.

SIGHTING: In March 2019, we were notified of a variant of the same meme rewritten for a Swedish audience: