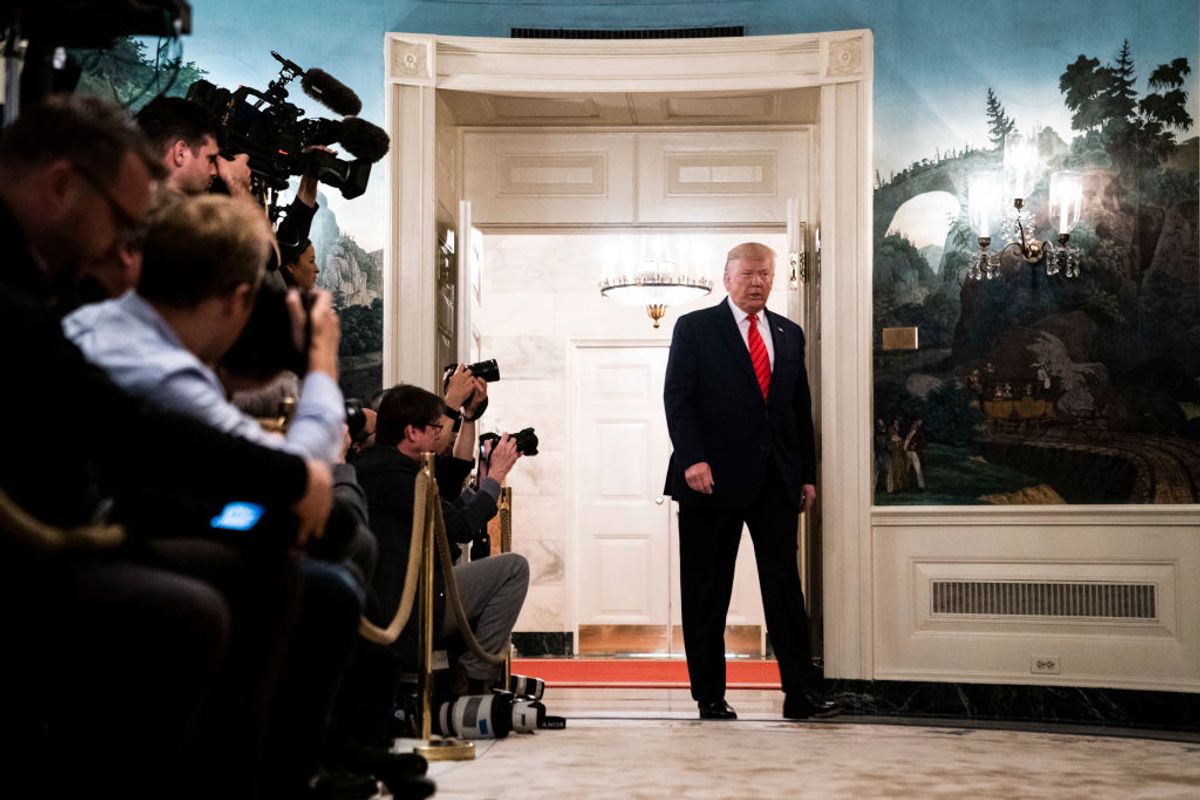 On Oct. 27, 2019, U.S. President Donald Trump announced the death of Islamic State (IS) leader Abu Bakr al-Baghdadi after U.S. military cornered him. As social media users started talking about the incident, some people encountered an image that supposedly showed a screenshot of a CNN broadcast featuring the chyron "Trump Kills Unarmed Father of Three." This is not a genuine image from CNN but a hoax featuring a fake chyron that never actually aired on the cable network.

A few aspects of this image indicate it's a work of digital forgery: The red border near the words "Breaking News" is blurry and partially opaque and digital artifacts can also be seen surrounding the main chyron "Trump Kills Unarmed Father of Three." This indicates that the above-displayed image is not simply a screen capture of a CNN broadcast, but that portions of it were digitally altered.

Another indication this image is fake: Lemon's show, "CNN Tonight," didn't air on Oct. 27 (a Sunday) when news about al-Baghdadi's death broke.

The biggest giveaway, however, comes from Lemon's photograph. That image is at least a years old and has been used as a thumbnail for a variety of YouTube videos featuring conservative commentators such as Ben Shapiro and Dan Bongino:

We have been unable to pinpoint exactly when that picture of Lemon was taken, but it does not come from CNN's actual broadcast that announced the death of al-Baghdadi.

That broadcast featured CNN anchor Jake Tapper, who reported on Trump's announcement concerning the IS leader's death. And the chyron for that broadcast: "President Trump Announces ISIS Leader Al-Baghdadi Is Dead."

The forged chyron appears to have been intended as a joke at the mainstream media's expense in the wake of a Washington Post gaffe in which a headline described al-Baghdadi as an "austere religious scholar" instead of the leader of a terrorist organization.