A fake CNN graphic ripped from a satire website went viral without attribution or disclaimers. 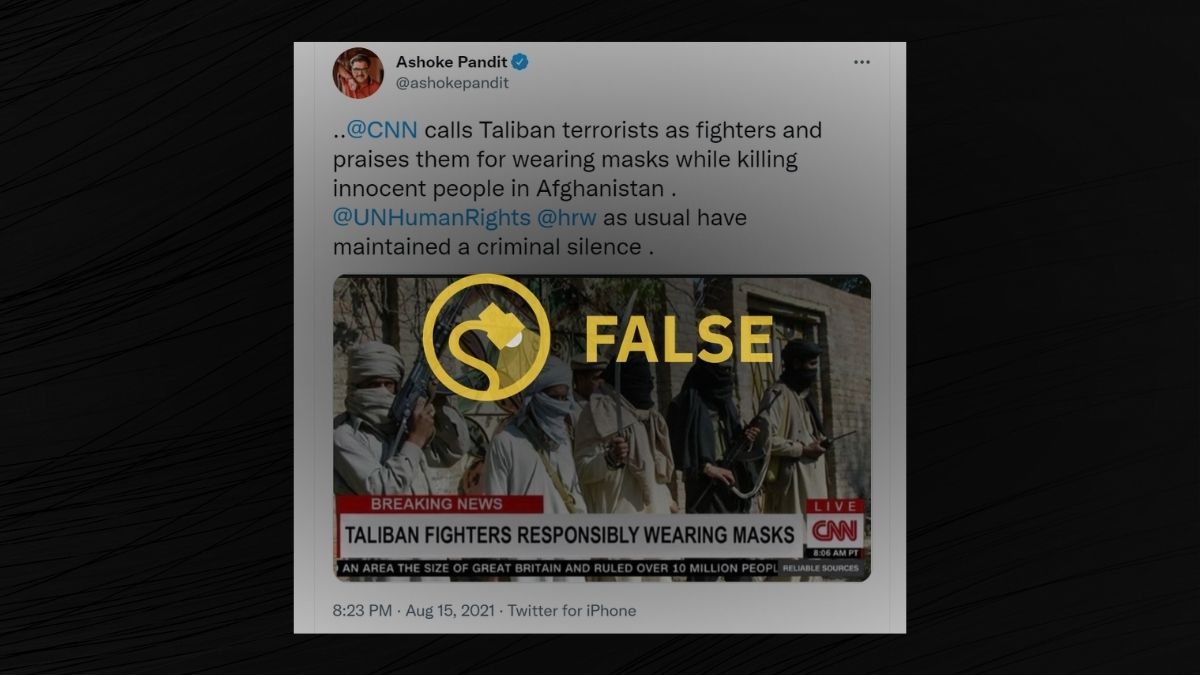 Claim:
During the August 2021 Taliban takeover of Afghanistan, CNN anchors praised Taliban fighters for "responsibly wearing masks to protect themselves and others from COVID."
Rating:

In mid-August 2021, as Afghanistan fell to the Taliban after the U.S. withdrew its military forces from the country, an image went viral on social media purporting to show a chyron displayed during a CNN broadcast that read "Breaking News: Taliban Fighters Responsibly Wearing Masks." However, no such chyron was broadcast on CNN. The fabricated image and accompanying headline originated with an article published on the satirical website Babylon Bee, dated Aug. 14, 2021:

As the Taliban began its campaign of shooting and killing, as is their time-honored tradition, CNN anchors gushed with praise after noticing all the Taliban fighters were responsibly wearing masks to protect themselves and others from COVID.

This item was not a factual recounting of real-life events. Babylon Bee describes its output as "satire about Christian stuff, political stuff, and everyday life."

Outside that context, though, some readers unfamiliar with the style and appearance of The Babylon Bee’s content evidently mistook (or chose to misrepresent) the headline about CNN for an authentic news story — a good illustration of how the humorous or satirical intentions behind an internet post can be obvious to some readers, but not to others.