The state of Alabama received some strange news coverage during Hurricane Dorian in the summer of 2019. 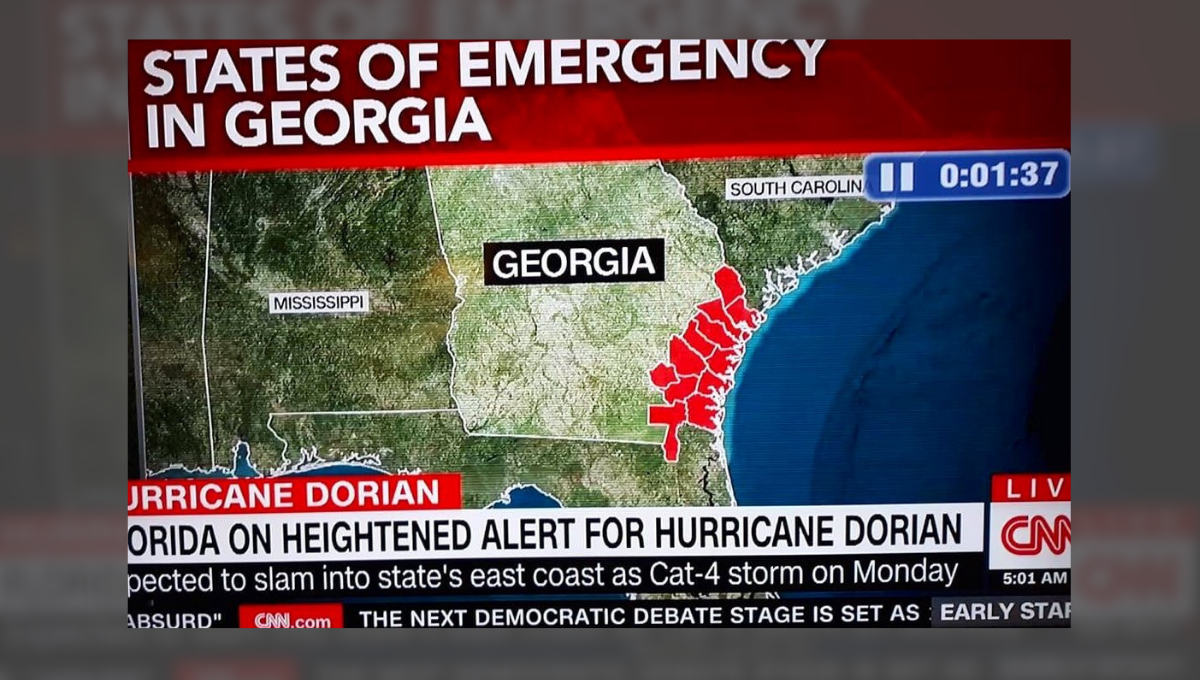 Claim:
CNN mislabeled the state of Alabama as Mississippi on a weather map of Hurricane Dorian.
Rating:

On Sept. 1, 2019, social media users shared a picture that supposedly showed a screenshot from a CNN broadcast featuring a weather map that mislabeled the state of Alabama as Mississippi:

Alabama took one look at Hurricane Dorian and evacuated the whole map. pic.twitter.com/9O43ZzMuqc

This is a genuine screenshot from a CNN news broadcast.

This map appeared during an episode of "Early Start with Dave Briggs and Christine Romans." An official copy of this video is not readily available online. However, we were able verify the mistake on this map by viewing a third-party copy of the episode uploaded to YouTube. While that video has been removed due to copyright-infringement issues, we managed to capture the few seconds that this mislabeled map appeared on CNN:

We've reached out to "Early Start" for a comment on the mistake and will update this article if more information becomes available.

Some viewers may have been skeptical of this image for a few reasons. For one, viewers might have doubted that a major news network could make such a mistake. Also this image was circulated on the heels of another mistake involving the state of Alabama. U.S. President Donald Trump erroneously claimed that Alabama was in Hurricane Dorian's path, a statement that was quickly refuted by the National Weather Service:

In addition to Florida - South Carolina, North Carolina, Georgia, and Alabama, will most likely be hit (much) harder than anticipated. Looking like one of the largest hurricanes ever. Already category 5. BE CAREFUL! GOD BLESS EVERYONE!

Alabama will NOT see any impacts from #Dorian. We repeat, no impacts from Hurricane #Dorian will be felt across Alabama. The system will remain too far east. #alwx

CNN was one of the news outlets that criticized Trump for incorrectly saying that Alabama was in danger of being hit by Hurricane Dorian.