Did Hillary Clinton Say 'Trump Deplorables' Were the 'Biggest Threats to America'?

A notorious producer of hoax news stories turns a fabricated quote into a Facebook meme. 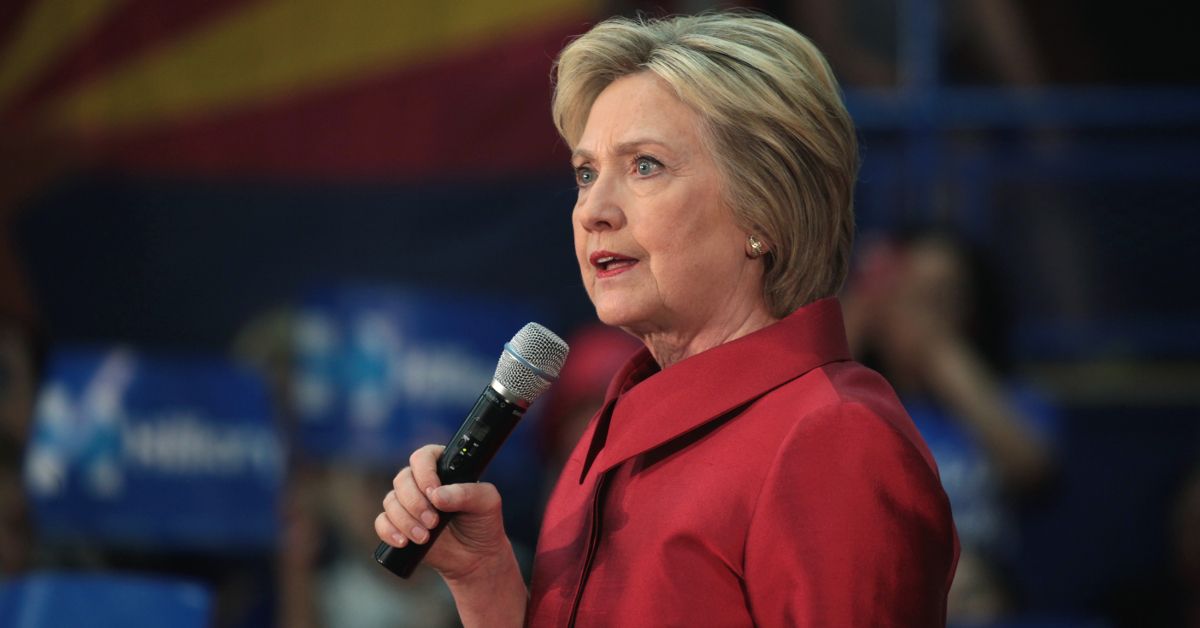 Claim:
Speaking at the University of California Berkeley in May 2018, Hillary Clinton warned about "Trump deplorables," calling them "the biggest threats to America."
Rating:

On the presidential campaign trail in September 2016, Hillary Clinton handed Donald Trump an easy talking point with her now infamous description of some of his voters as racist, sexist, and homophobic "deplorables."

She has at times used somewhat similar language in analyzing her defeat. Speaking at an event in India in March 2018, Clinton contrasted her electoral success in "optimistic, diverse" and economically productive regions, with "all that red in the middle [of the United States]" where Trump's 'backwards-looking' message of won the day.

You know, "you didn't like black people getting rights, you don't like women getting jobs, you don't want to see that Indian-American succeeding more than you are — whatever your problem is, I'm going to solve it."

In May 2018, America's Last Line of Defense — a notorious purveyor of fake news and "satire" — posted a meme which appeared to show Clinton going even further in her condemnation:

Hillary Clinton at the University of California, Berkeley, May 16th:

"We must guard the future from the idiocy and ignorance of the Trump deplorables. They are the biggest threats to America." In reality, Clinton has never said this. She didn't say it at the University of California, Berkeley in May 2018, because she didn't speak there in May 2018. We could find no record of her, or anyone else, making this statement anywhere or at any time.

The quotation appears to have been fabricated from scratch by America's Last Line of Defense, a Facebook page run by Christopher Blair, a notorious purveyor of fake news who uses several pseudonyms and operates a network of web sites including As American As Apple Pie and Freedum Junkshun, all of which claim to produce "satire."