An old video of a woman defecating on a sign was shared in November 2016 with the false claim that it featured a Hillary Clinton supporter. 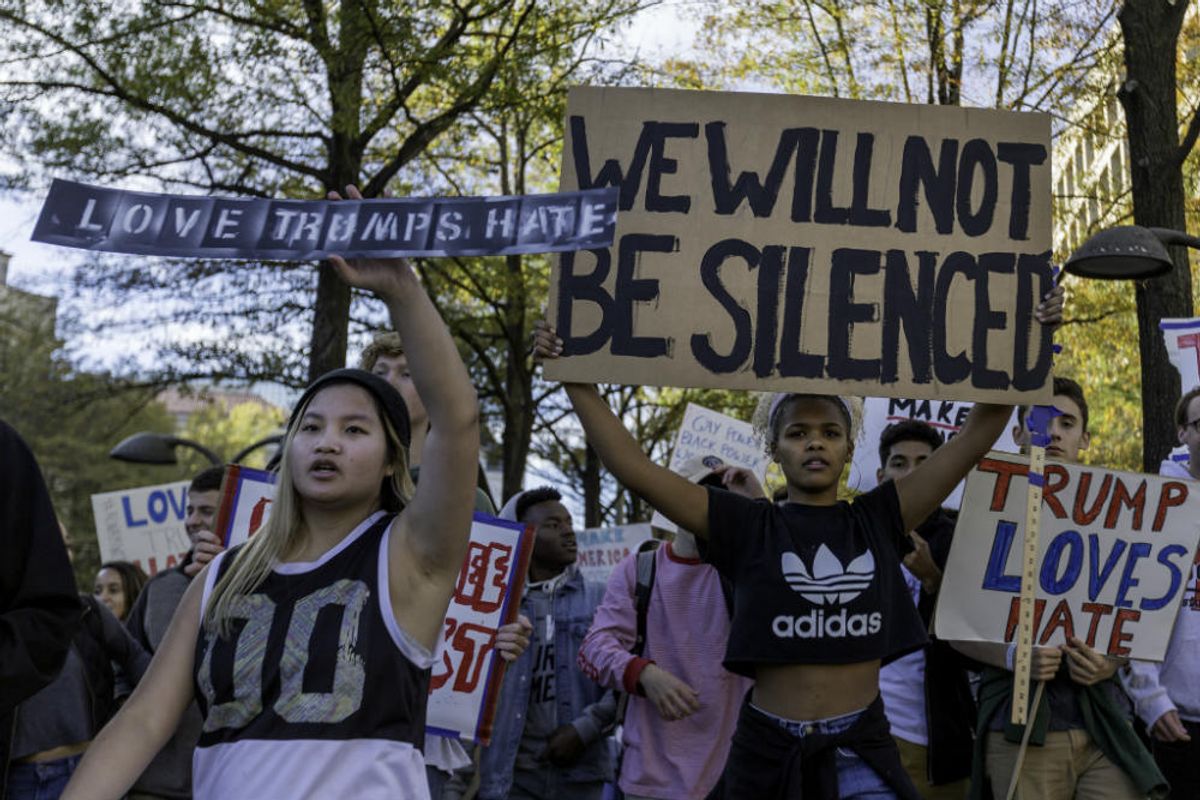 Claim:
A Hillary Clinton supporter defecated on a sign in protest of Donald Trump.
Rating:

On 11 November 2016, a video purporting to show a Hillary Clinton supporter defecating on a Donald Trump sign was widely circulated on social media: This image is real, inasmuch that it shows someone defecating in public and then wiping it on a sign, but it has nothing to do with Donald Trump, Hillary Clinton, or the 2016 presidential election. It is a screenshot from a video that dates back to at least 2012, and was taken in the Zocaló (Mexico City's famous main square, and an extremely popular place for both tourists and demonstrations). The description on the original video labeled the act as a political performance (the title is "¡PARA CAMBIAR AL PRI HAY QUE CAGAR!", which loosely translates to "You have to take a shit on the PRI to change it.")

PRI stands for "Partido Revolucionario Institucional," or "Institutional Revolutionary Party." It is a major political party in Mexico, and has been its most powerful for decades.  The PRI held power without interruption in Mexico from 1929 — just after president-elect Álvaro Obregón was assassinated — to 2000, when other parties ascended to break its uninterrupted rule in an election that made history, promising a future ahead free of authoritarian and hugely repressive regimes.

However, the promise of a PRI-free future for Mexico was broken in 2012, when its candidate Enrique Peña Nieto was elected president (as stories surfaced of PRI corruption and rumors swirled that he and his party had hijacked the election).

As in Mexico in 2012, thousands of people took to the streets in the United States after Trump's election on 8 November 2016 to stage protests. While these protests are real and while there have been reports of violence, fake photographs and baseless claims of "paid protesters" have also circulated.

However, this particular image does not come from the United States but Mexico, and first appeared not in 2016, but in 2012.