Reports that the Clinton Foundation suddenly moved $1.8 billion to Qatar originated with a fake news and conspiracy web site. 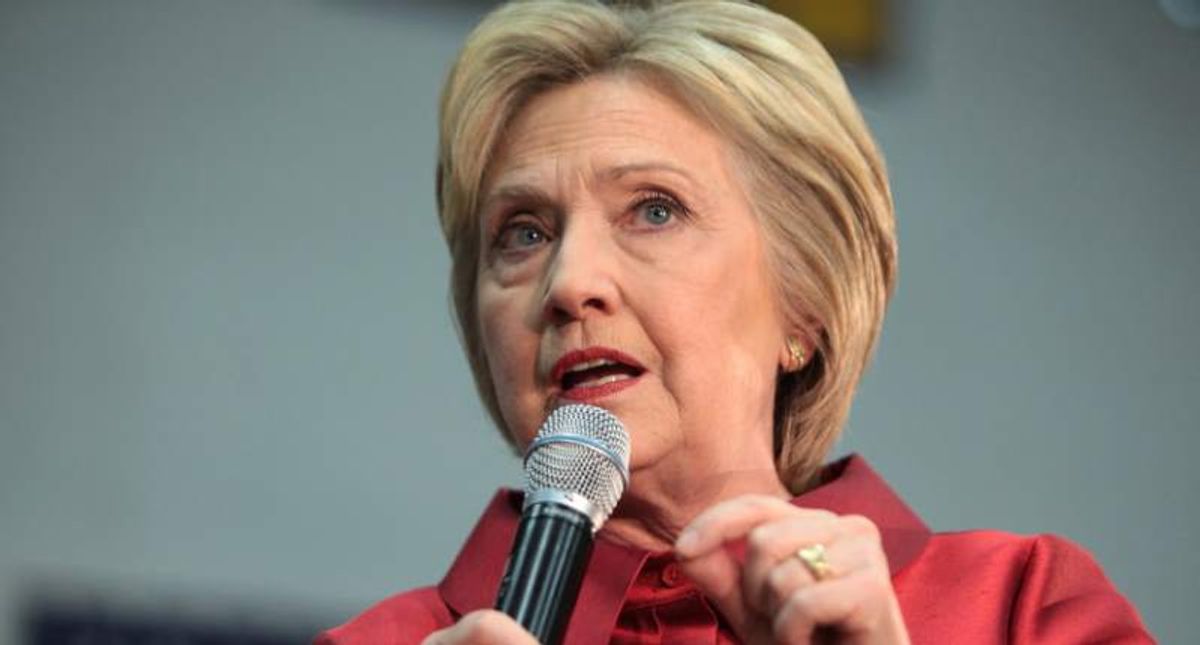 Claim:
The Clinton Foundation suddenly transferred $1.8 billion to a bank in Qatar.
Rating:

On 16 October 2016, the conspiracy-mongering fake new sites WhatDoesItMean.com, posted a story reporting that Hillary Clinton (or the Clinton Foundation, depending on whether one read the headline or the first paragraph) suddenly transferred $1.8 billion to the Qatar Central Bank. The story, posted by a blogger who uses the nom de plume Sorcha Faal, claimed the transfer was exposed by a report circulating in the Kremlin:

An intriguing Ministry of Finance (MoF) report circulating in the Kremlin today says that elite Western bankers were “stunned/bewildered” a few hours ago after the Bank For International Settlements (BIS) registered a $1.8 billion transfer from the Clinton Foundation (CF) to the Qatar Central Bank (QCB) through the “facilitation/abetment” of JP Morgan Chase & Company (JPM) — and for reasons yet to be firmly established.

According to this report, the Bank for International Settlements is the world's oldest international financial organization and acts as a prime counterparty for central banks in their financial transactions; the Qatar Central Bank is the bank of that Gulf State nations government and their “bank of banks”; JP Morgan Chase & Company is the United States largest “megabank”; and the Clinton Foundation is an international criminal money laundering organization whose clients include the Russian mafia.

The article linked to a number of news sites and blogs but conveniently failed to link to the alleged Kremlin report that would support its main claim. The lack of proof that such a financial transfer was made hasn't stopped other unscrupulous web sites, such MegynKelly.org (which despite using her name doesn't have anything to do with the Fox News journalist Megyn Kelly) and Liberty Alliance from posting the story as though it were a legitimate news item.

RationalWiki describes Sorcha Faal's blog as an "eyesore" that is taken seriously only by its conspiracy theorist audience, and even then only marginally:

As we have noted in the past, Sorcha Faal is a notorious poster of false information, but the Internet being what it is, such information gets picked up and spread by unwary readers. Previous yarns created by Faal contain headlines such as "Russia Names Hillary Clinton as 'Murder Suspect' in Death of Top UFO Researchers."