The photographs of the Republican lawmaker were brought to light hours before a 20 November 2018 debate. 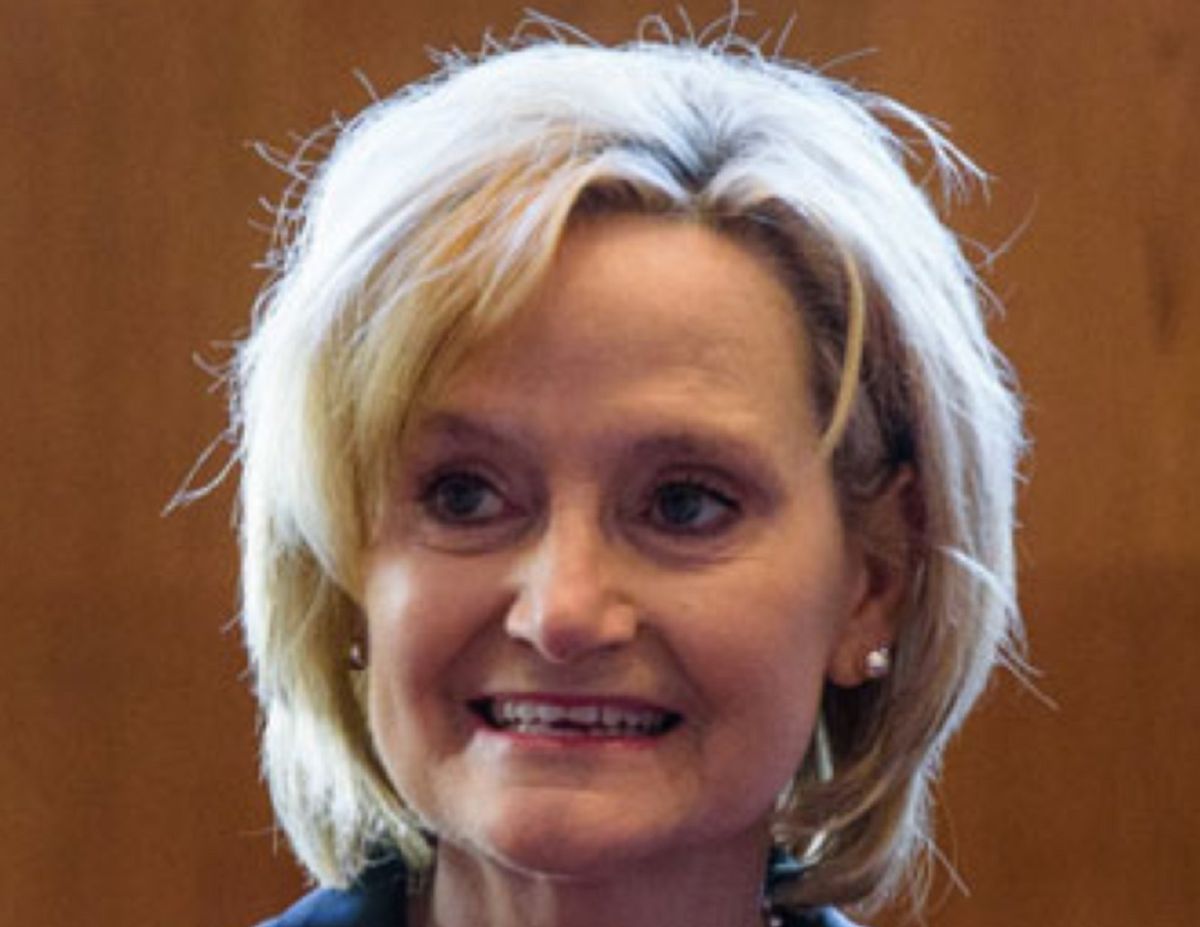 Claim:
Sen. Cindy Hyde-Smith posted photographs of herself wearing a Confederate soldier's hat during a visit to the home of Jefferson Davis.
Rating:

Amid criticism for her seemingly approving remarks about voter suppression and "public hangings," a set of photographs posted by U.S. Senator Cindy Hyde-Smith of Mississippi at the home of Confederate president Jefferson Davis were brought to light in November 2018.

The news site Politico first reported on the photographs, which were published in August 2014 on Hyde-Smith's Facebook page with a caption reading "I enjoyed my tour of Beauvoir. The Jefferson Davis Home and Presidential Library located in Biloxi. This is a must see. Currently on display are artifacts connected to the daily life of the Confederate Soldier including weapons. Mississippi history at its best!": The story, which was picked up by other news outlets, came hours before a 20 November 2018 debate between Hyde-Smith and her U.S. Senate challenger, Democrat Mike Espy. The two were headed to a runoff election for Hyde-Smith's seat on 27 November 2018. (We contacted Hyde-Smith's office seeking comment but did not hear back prior to publication.)

Hyde-Smith herself had been under increased scrutiny following the 6 November 2018 midterm election, during which she was captured on video saying of a supporter that "If he invited me to a public hanging, I'd be on the front row." She later called the remark an "exaggerated expression of regard."

A separate video showed Hyde-Smith seemingly declaring at a 3 November 2018 campaign stop that making it more difficult for "liberal folks" to vote was a "great idea":

And then they remind me that there's a lot of liberal folks in those other schools who ... maybe we don't want to vote. Maybe we want to make it just a little more difficult. And I think that's a great idea.

A spokesperson for her campaign maintained Hyde-Smith was "obviously" joking and called the video "selectively edited."

The mounting criticism of Hyde-Smithled to retail chain Walmart and other companies' requesting that the senator's campaign refund their respective campaign donations.

"Sen. Hyde-Smith's recent comments clearly do not reflect the values of our company and associates," Walmart said on Twitter.

Hyde-Smith also reportedly accepted a $2,700 donation from reputed white supremacist Peter Sieve, who was sued by the state of Washington in 2011 for his anti-Muslim hiring policies. While he settled the lawsuit for $485,000 six years later and issued an apology, court documents revealed that among other policies, Sieve had instituted $1,000 bonuses for his almost all-white staff for marrying and having children:

When [our sons and daughters] choose to not repopulate and allow our wonderful country to be backfilled with rubbish from the desperate and criminal populations of the third world, I find that to be disgusting and I find those persons to make these decisions to be repulsive and I don't like them around me.

Heading into her debate with Espy, Hyde-Smith's campaign reportedly demanded that no news outlets besides moderator Maggie Wade and her panelists be allowed into the venue, nor that the debate be watched by a live audience. The debate was to be hosted by the Mississippi Farm Bureau, whose president, Mike McCormick, donated $500 to Hyde-Smith's campaign, while Ted Kendall, who was listed as the organization's central vice president, donated $3,500 to her campaign between June and October.

Brice-Sadler, Michael and Deanna Paul.   "A Senator Refuses to Apologize for Joking About 'Public Hanging' in a State Known for Lynchings."     The Washington Post.   12 November 2018.