Does a Map Shared Online Depict All Churches 'Destroyed' in France in the Last 4 Years?

A 2019 fire at Notre Dame Cathedral in Paris sparked interest in the condition of France's other churches. 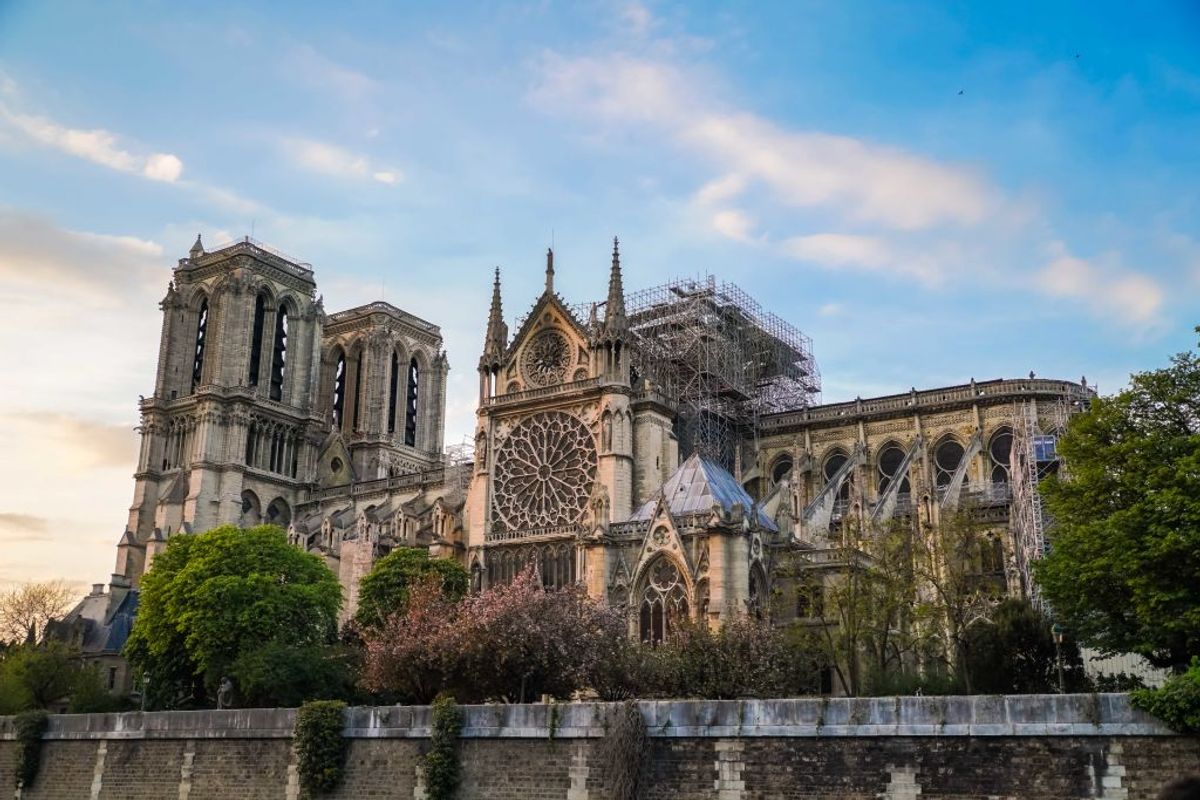 Claim:
A map shows all of the churches that were destroyed in France in the last four years.
Rating:

On 15 April 2019, as firefighters rushed to save the Notre Dame Cathedral in Paris from a fire, a slew of bad actors started to spread an unfounded narrative that blamed the fire on Muslims and connected the incident, which is being investigated as an accident by authorities, to churches that had been recently vandalized in France.

The Facebook page 1776TV.com, for instance, shared a map that supposedly showed churches "destroyed" in France over the last four years: This map comes from the christianophobie.fr, a website dedicated to tracking acts of "Christianophobia" in France and the rest of the world. While this image is often shared as if it shows all of the churches that were "destroyed" in France, this map actually documents a wide range of nefarious activity, such as vandalism, theft, and arson, that occurred at both churches and cemeteries over an apparent span of two years (not four), covering 2017 and 2018.

It should also be noted that while this map does document some relatively serious crimes, such as arson or the toppling of church statues, many of these pins correspond to graffiti-related incidents. We also found one pin related to a person's simply interrupting a church service.

This map does not show churches that have been destroyed in France. However, it does correspond with what French authorities have reported concerning vandalism at places of worship in the country.

Newsweek reported in March 2019 that France had seen a "spate of attacks" against Catholic churches:

France has seen a spate of attacks against Catholic churches since the start of the year, vandalism that has included arson and desecration.

Vandals have smashed statues, knocked down tabernacles, scattered or destroyed the Eucharist and torn down crosses, sparking fears of a rise in anti-Catholic sentiment in the country.

In March 2019, France's central criminal intelligence service, SCRC, reported that there were approximately 875 acts of vandalism against Catholic churches in 2018. The Ministry of the Interior came to a similar conclusion.

The Ministry stated that one reason churches were targeted more frequently than the places of worship of other religions was that France simply had more churches. France is home to approximately 40,000 churches:

"The ministry also said that the large number of degrades to Christian sites was partly explained by the higher number of churches compared to the places of worship of the other two religions."

Christophe Castaner, minister of the interior, condemned acts of hate against all religious people and places of worship.

"Hate has no place in the Republic. We are determined to protect all French people, to protect secularism, the freedom not to believe, as to believe in respect, in complete safety. These numbers show that we must not let our guard down. Anti-Semitic, Islamophobic, anti-Christian, racist, xenophobic: there is no small attack, no small insult. Nothing will be tolerated: every culprit will have to be found and judged."

Lytvynenko, Jane; Silverman, Craig.   "A Timeline of How the Notre Dame Fire Was Turned Into an Anti-Muslim Narrative."     Buzzfeed.   16 April 2019.

Ministry of the Interior.   "Fight Against Hatred, Discrimination, Racism and Anti-Semitism."     12 February 2019.