Did a Church Close Its Food Bank 'Because It Attracts Poor People'?

One would think poor people are most at risk around food insecurity. 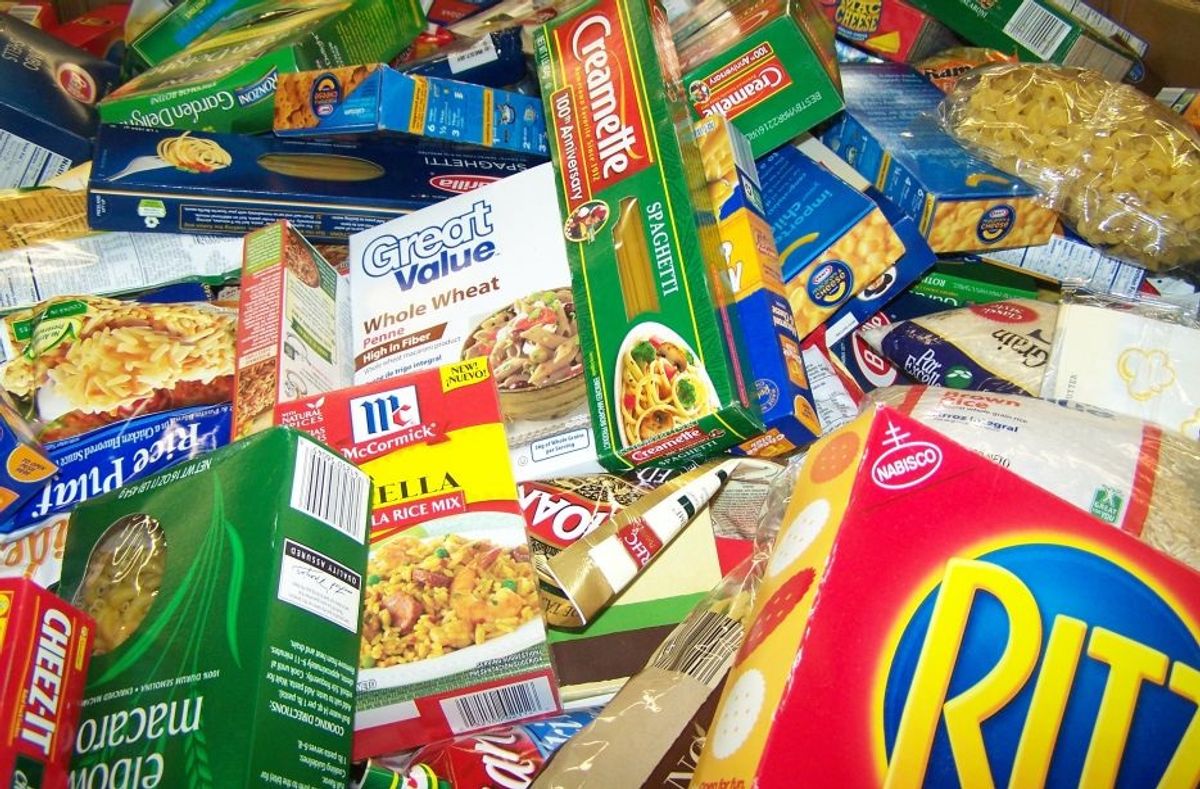 Claim:
A newspaper reported that a church had closed its food bank because the program “attracts poor people."
Rating:

For many years, internet users have been sharing an image that purportedly reproduces an article from the Ottawa Citizen newspaper headlined, "Church closes food bank because it attracts poor people": The text of the article, as seen in that image, reads as follows:

A busy church food bank, known for offering warm drinks and snacks to its regulars, has announced it’s closing because it is attracting too many poor people.

“A food bank is a social service and that is not who we are.”

Ms. Prossen said the program is being cancelled to focus on more church-specific activities. The church’s board of trustees made the decision to cancel the bimonthly food bank after receiving an e-mail from a sister church in Victoria.

“Most clients of food banks have not yet come to a sense of personal responsibility in life. They are still in denial, blame or seeing the world as owing them,” wrote Rev. David Durksen of the Unity Church of Victoria.

Ms. Prossen praised the work done by food banks, and said the church will still collect food for baskets but focus more on people’s spiritual hunger.

This image did in fact reflect an article genuinely published in the Ottawa Citizen (and several other Canadian newspapers) back in 2000, about the closure of a Winnipeg church's food bank program, although some of those involved might dispute whether the issue was as simple as the headline implied.

A follow-up article from CBC News cited the Unity Truth Centre's minister, Charlotte Prossen, as stating that the food bank project was shut down for "several reasons" and denying "news reports that suggest the food bank was really shut down because some church members were uncomfortable with the street people who came to their building." However, that article did not quote the minister as repudiating any of the statements attributed to her in the earlier Ottawa Citizen piece:

Prossen says people in the congregation meant well when they first decided to get involved in the food bank.

But she says the group had been without a minister or leadership for years, and now, it needs to return to more spiritual pursuits.

"I don't know why it would be hard to understand that we are a church and we must identify ourselves as that in our community. We need to use our space, to introduce our programs to the community."

Prossen says there were several reasons she closed the project, including concerns about whether it was covered by the church's insurance.

Instead, Prossen makes references to "unpleasant" and "unfortunate" situations that led to the decision. She says she's not at liberty to say what those situations are, although a prepared statement issued by the church does mention safety and protection concerns.