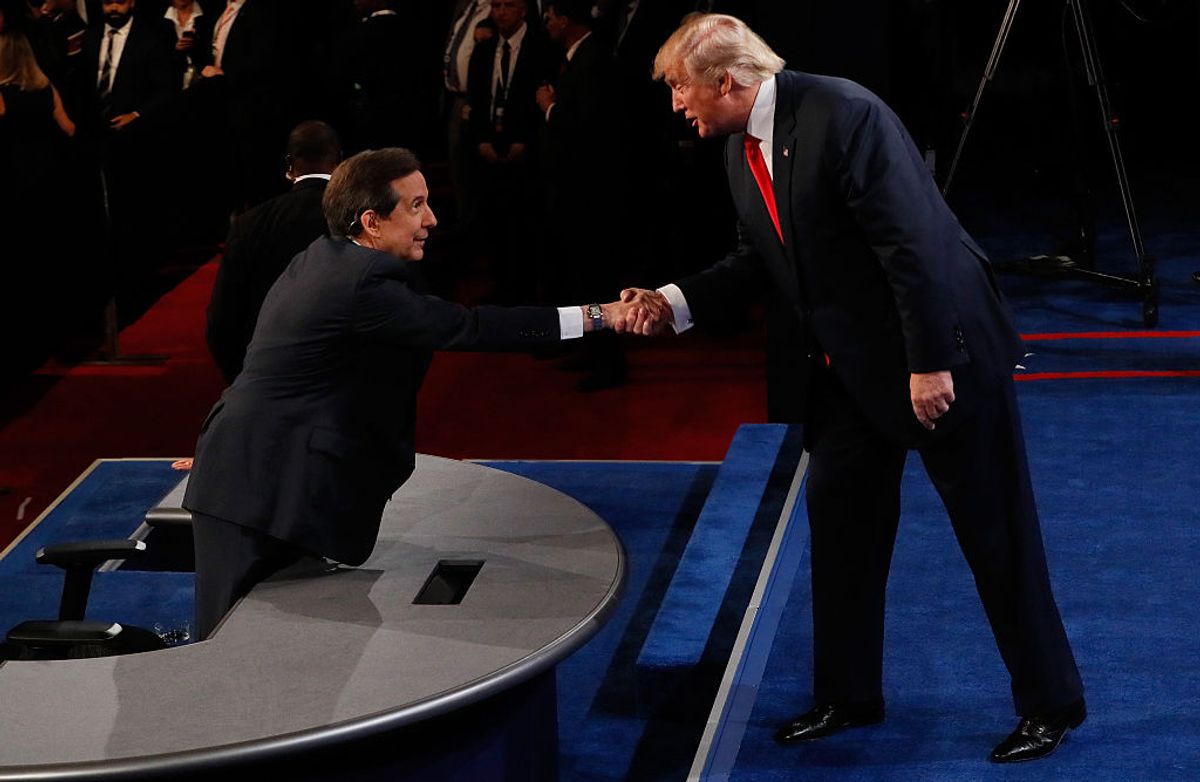 .@SteveScalise blew the nasty & obnoxious Chris Wallace (will never be his father, Mike!) away on Chris’s lowest rated (unless I’m on) morning show. This kind of dumb and unfair interview would never have happened in the @FoxNews past. Great job Steve!

In response, some shared an alleged tweet authored by Wallace in response to the president. Trump was indeed unhappy with Wallace over an interview with U.S. Rep. Steve Scalise, R-La., about the ongoing impeachment hearings against the president. Trump has been accused by a whistleblower of attempting to extort damaging information from Ukraine about a political rival by withholding crucial military aid. Wallace had challenged Scalise, a defender of Trump, on several points. The interview can be viewed here:


Both Wallace and Trump are the sons of prominent fathers. Wallace is the son of the late CBS "60 Minutes" journalist Mike Wallace, while Trump's father, Fred Trump, was a prolific developer who was responsible for building the Trump family's real estate empire.