A fake news article reported that a new federal law would bar persons under the age of 18-years old from riding as passengers on motorcycles. 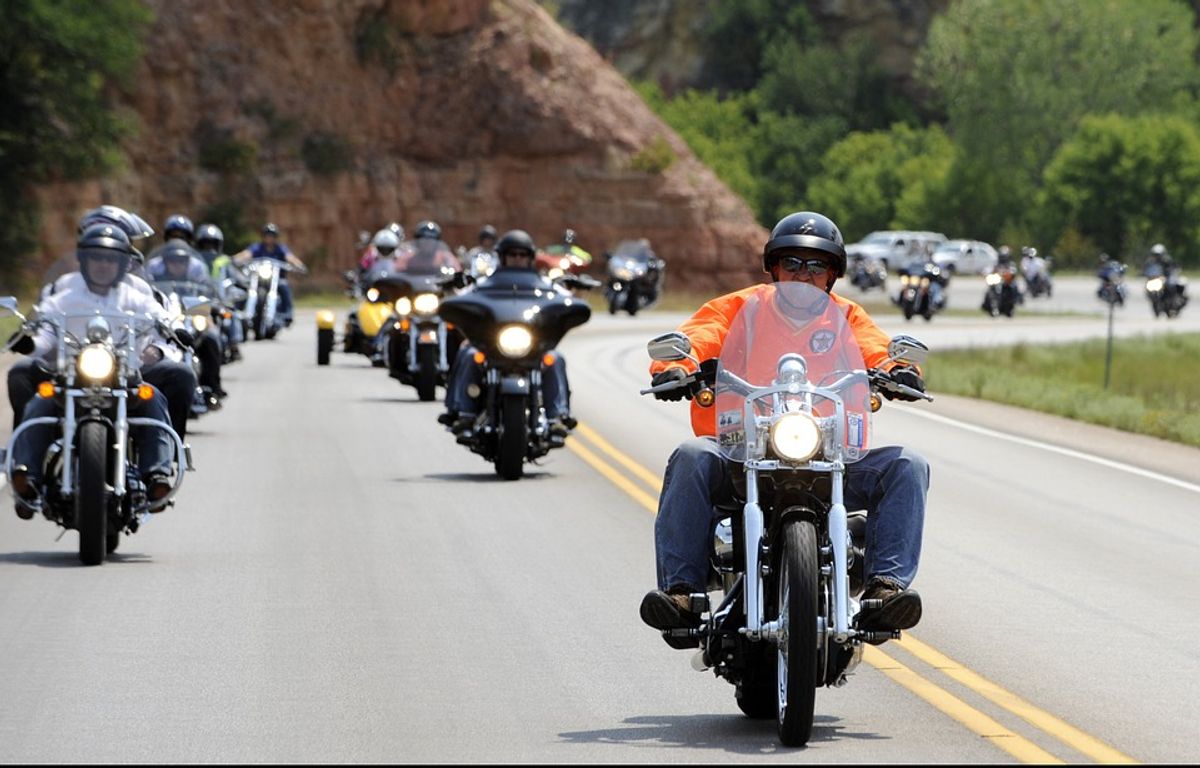 Claim:
A new federal law will bar persons under the age of 18-years old from riding as passengers on motorcycles.
Rating:

On 10 September 2016, the Associated Media Coverage web site published an article reporting that the United States federal government had announced a new traffic safety regulation barring minors from riding as passengers on motorcycles:

The U.S. Federal government has announced a new safety regulation that will prevent minors under the age of 18-years old from riding as a passenger on motorcycles. According to government officials, the United States Department of Transportation (D.O.T) and the American Motorcyclist Association were supportive and heavily involved in developing the regulation.

The regulation will be in effect beginning 01/05/17, however according to Harold Mathers, a spokesperson for the United States Department of Transportation, local police departments throughout the country have been granted the authority to operate under an ‘FYI’ period until 04/05/17.

Many are not surprised by the regulation as children riding as passengers on the back of motorcycles has been a controversial topic for several decades. Prior to the implementation of the new regulation, individual states were permitted to create their own laws regarding motorcycle safety including the minimum age of passengers.

Neither the United States Department of Transportation nor the American Motorcyclists Association (AMA) has made any announcements regarding a new safety regulation that would ban children from riding as passengers on motorcycles, other than to post on Facebook that the item referenced above is bogus:

A website published a story over the weekend stating that the American Motorcyclist Association worked with the U.S. Department of Transportation on a new regulation that would prohibit anyone younger than 18 from riding as a motorcycle passenger.

The story is fake. The report comes from the same website that reported motorcycle curfews in March.

The AMA did not work with the DOT on this issue. And the DOT is not issuing such a regulation.

Please pass along this message to all your friends, so they are aware that this story is not true.